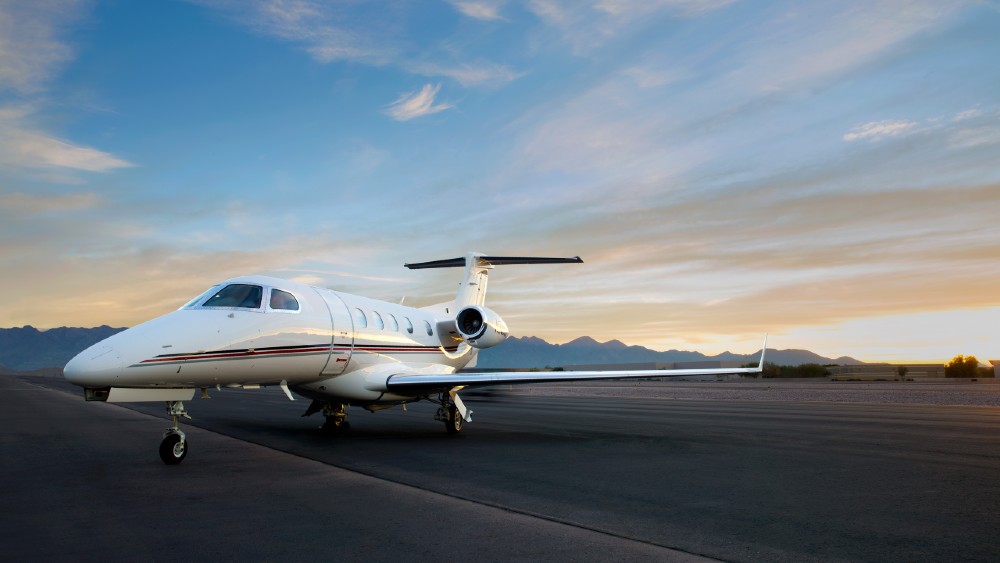 Embraer announced a $1.2 billion deal with NetJets for 100 new Phenom 300E aircraft on opening day of the show. (Courtesy Embraer)

The mood was unavoidably upbeat as the National Business Aviation Association’s BACE opened today in Las Vegas after a Covid-forced, two-year hiatus. Private aviation’s most important trade show had a full house of exhibitors and attendees at the Las Vegas Convention Center, with announcements about new jets, mergers and record demand for charter and fractional.

Christi Tannahill, Textron Aviation’s senior vice president of customer experience, said the updates were the result of customer input on different areas of each aircraft. Tannahill said that more clients are doing customized interiors because of a backlog in orders, including smaller aircraft like the M2. The M2 Gen2 lists for $5.85 million, while the XLS Gen2 is $15.5 million.

Other aircraft firms also reported an unusually strong market, as business aviation continues on its V-shaped recovery. Fractional firm NetJets announced an order for $1.2 billion for 100 Embraer Phenom 300Es, which will double its fleet of the Phenom 300 series. Embraer made the announcement during a press conference at NBAA-BACE, saying the Phenom 300 was the best-selling aircraft in the light-jet segment for nine years in a row.

Bombardier also announced that the launch customer for its Challenger 3500—upgraded from the Challenger 350 with an all-new interior—would be Les Goldberg, chairman and CEO of Entertainment Technology Partners. Goldberg, the owner of a Challenger 350, is one of the largest concert organizers in the country.

Eric Martel, Bombardier Aerospace CEO, said that the 3500’s new interior was the result of customer requests. “We decided to redefine what an interior could be,” Martel told Robb Report. “I’m of the opinion that interiors sell airplanes.”

Dassault Aviation CEO Eric Trappier said that aircraft sales are stronger than pre-pandemic 2019 and that business continues to rise. “Demand for new aircraft is now at its historical levels,” Trappier said during a press conference about its new Falcon 10X and Falcon 6X business jets, noting they were on track with testing and certification.

“Besides North America, the outlook is also positive in Europe and the Middle East,” Trappier added. “That’s why I’m a strong believer in the future of business aviation.”

“2021 will be the best year ever for our aircraft programs,” added Nicolas Chabbert, senior vice president of Daher’s Aircraft division, which manufactures the Daher and Kodiak brands, noting that one of its models, the TBM 940 has 125 orders, with 115 delivered through September.

That refrain seemed to be a rallying cry in an industry that has seen a 25 to 30 percent lift in demand for fractional and charter services in the last 18 months, while aircraft buyers new to the industry are approaching 30 to 40 percent, compared to the 5 to 10 percent in more conventional periods. Airbus ACH, Airbus’s corporate helicopter division, said 40 percent of its clients are first-time buyers.

But some worry that business aviation’s sudden rise might hurt its prospects, at least in the short term. The heightened demand for charter and fractional has caused flight delays and cancellations across the country, while the industry continues to struggle with supply-chain issues and workforce shortages.

Daher has made sustainability a central tenet of its operating philosophy. It released an app for its pilots that tracks miles flown and carbon dioxide output.  Courtesy Daher

Flexjet Chairman Kenn Ricci said during a press lunch that the 25 to 30 percent growth rate the fractional market is now experiencing is a significant change for an industry used to 3 to 5 percent growth. “If conditions stay, we’re going to have a much bigger struggle down the road,” said Ricci. “The industry can’t cope with 30 percent sustained growth.”

Wheels Up CEO Kenny Dichter, also speaking on the press panel, said private aviation is now “firing on eight out of eight cylinders,” and forecasts even stronger long-term growth. “This is an inflection point for our industry—we’re big and strong and going to get bigger and stronger,” he said. “I think over the next 20 years we’re going to see 10 to 20 more times the number of people using private aviation. If the industry is $30 billion today, I could see it being $200 billion in 20 years.”

While that estimate was considered overly optimistic by the other panelists, it’s clear that, at least for 2021, business aviation will have a record year.