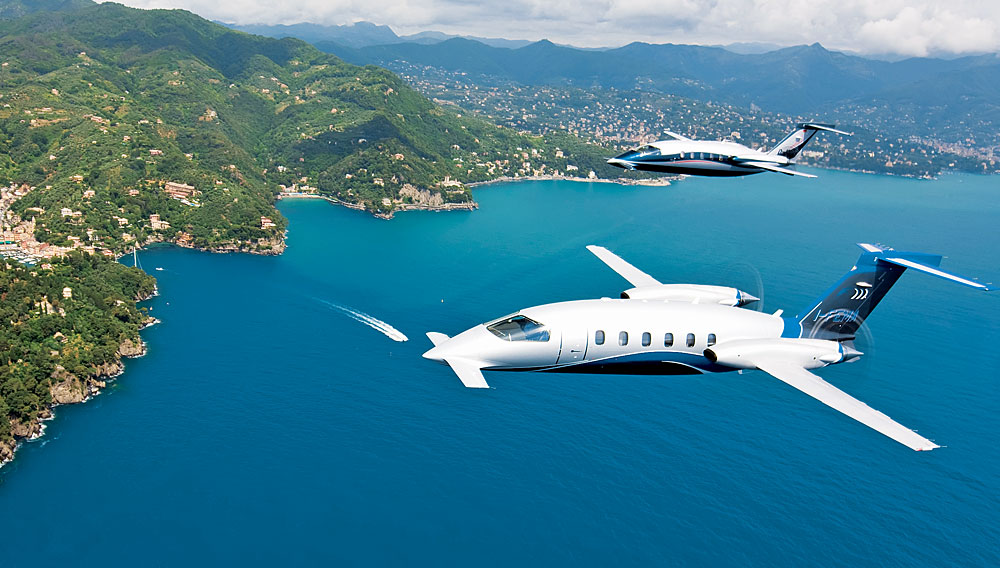 According to john bingham, president and CEO of Piaggio America, serenity is one of the most appealing benefits of the Italian-built Piaggio P180 Avanti II (561.253.0104, www.piaggioaero.com). This state of mind results from the aircraft’s unusual design, which places the twin turboprop engines on the rearward wing facing backward, thus directing engine noise away from the cabin. At the nose of the aircraft, a smaller wing helps to provide stability and increase fuel efficiency.

This economic advantage may also enhance an owner’s sense of well-being. Bingham says that the fuel-efficient Avanti II costs about 33 percent less to operate than similar-size jets. With a cockpit that utilizes modern avionics, the Avanti II is also certified for single-pilot operation, which further contributes to its low operating cost.

The aircraft seats up to nine passengers for nonstop travel from New York to Chicago or Miami at speeds of up to 463 mph. A handsomely equipped Avanti II sells for approximately $7.2 million.