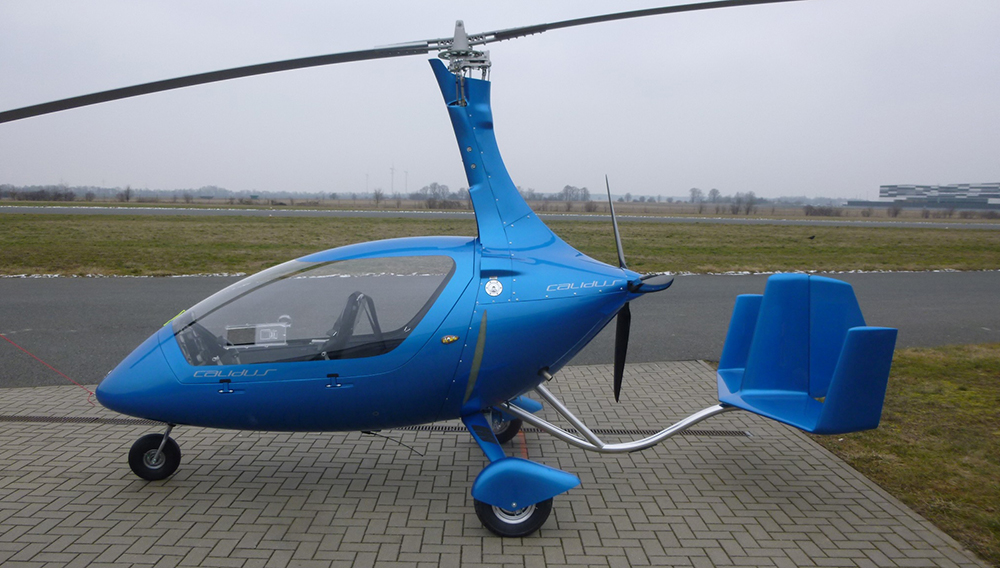 At the Aero show, which is held every April in Friedrichshafen, Germany, and is the biggest event in Europe for sport-aviation enthusiasts, you can’t turn around without bumping into a gyroplane—an odd-looking, egg-shaped little one- or two-seat aircraft with a long floppy rotor on top and a horizontal propeller in back.

Gyroplanes can take off and land on even the shortest runways. They’re fun to fly, offering great visibility and maneuverability. And they’re economical to operate, burning less than 5 gallons of fuel per hour. Popular as they are in Europe, gyroplanes have never taken root in the United States, where for years the only models available were kits that required owner assembly. Recently, however, AutoGyro USA, the U.S. division of Germany’s Auto Gyro, launched the Calidus. It’s a gyroplane that is type-certified by the U.S. Federal Aviation Administration and can be purchased already assembled and ready to fly. The price is about $100,000.

“A flying club in Aspen has been trying out the Calidus, and it’s been getting a lot of interest,” says Bob Snyder, the program manager at AutoGyro USA.

The Calidus’s smaller, rear prop is powered by a 912 ULS engine or an optional 914 UL Rotax. The long rotor above the cockpit is driven by the slipstream and provides lift. Top speed is about 120 mph, and range is about 400 miles.

If you don’t have a pilot’s license, you earn a sport-pilot certificate in the Calidus in about 35 hours, says Snyder. Experienced pilots can add a gyroplane rating with about 10 hours of training.

Snyder will be showing the aircraft at the Sun ’n Fun airshow, which takes place April 4 through 9 in Lakeland, Fla. (autogyrousa.com)