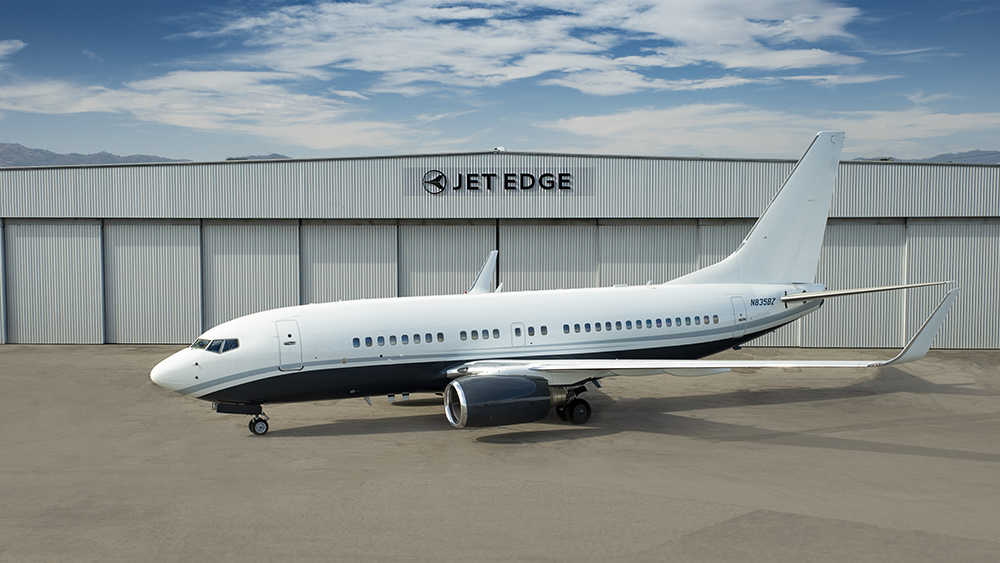 Now everyone with the means has the chance to travel in presidential style.

Because he was unable to take his preferred Amtrak train to the capital for security reasons, President Joe Biden and his team chartered a plane to get him to his inauguration on Wednesday morning. And it was no ordinary charter, according to Forbes. The plane, a Boeing 737 that has been converted into a luxurious business jet, was arranged through private aviation company Jet Edge.

When left in its original configuration, a 737 is spacious enough to seat roughly 150 passengers, but the extensive modifications to the interior of this particular plane limit that number to a maximum capacity of 16. And while it is in the same 737 family as its now-notorious cousin, the 737 Max, it does not have the same faulty travel record. Plus, it’s more eco-conscious to boot. “This BBJ is 15 to 20 percent more efficient than its predecessors, consuming less fuel and producing lower emissions,” Boeing spokesman Captain Alex Fecteau told Robb Report last year.

The interior of a Jet Edge BBJ.  Courtesy of Jet Edge

The plane, tail number N834BZ, is capable of traveling non-stop for a full 14 hours, but that airtime wasn’t anywhere close to the brief 28-minute trip it took from Wilmington, Delaware to Joint Base Andrew in Maryland on Wednesday morning. However, for those looking to tackle a long-haul trip, it comes fully equipped with a conference room and dining table, not to mention a private bedroom and ensuite shower to refresh yourself before landing in whatever far-flung destination you’re headed to.

Originally manufactured in 1999, it was previously part of NetJets’ fleet and has accumulated just about 9,000 flight hours since coming off the assembly line, a mere fraction of what an aircraft of its variety would see in commercial operation.

If you’re looking to take a trip and want to do so with all the space and comfort modern aviation can afford, it can be yours for between about $12,000 to $20,000 per hour.