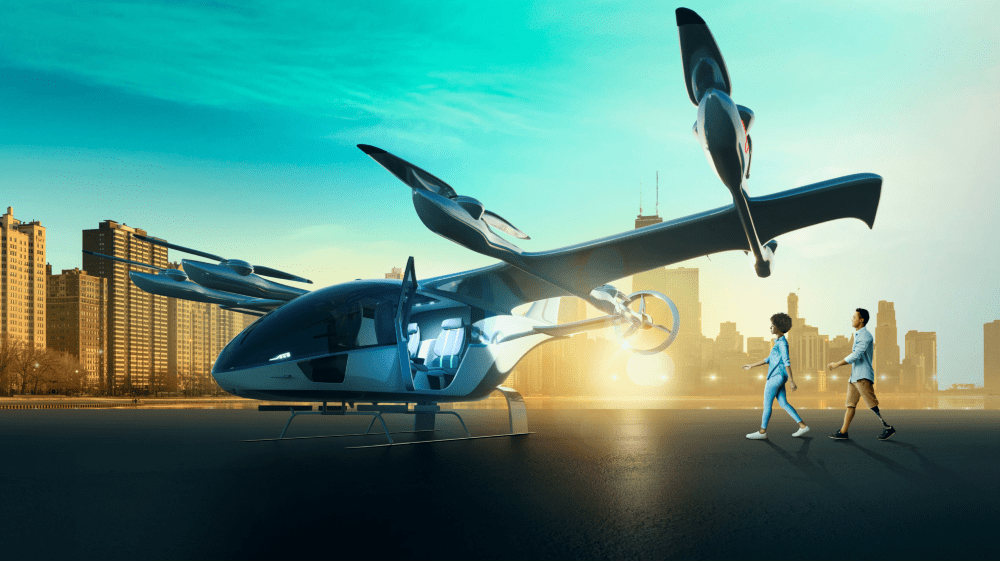 What would it be like to buzz between the skyscrapers of Gotham city on a new eVTOL? Thousands of future flyers are wondering the same thing and now Eve, the eVTOL offshoot of Embraer jets, will give people a chance to find out.

The aviation startup said it would demonstrate its first urban-air-mobility simulation starting on September 12 in Chicago. But the company won’t be using quiet, emissions-free electric whirlybirds; instead, it will rely on conventional helicopters provided by Blade Air Mobility.

The three-week test period aims to study potential ground services, routes and what eVTOL operators will need from local authorities to make sure their operations are safe and efficient.

The idea of creating UAM networks has been floating around for about five years now. Uber had a separate division called Uber Elevate devoted to creating eVTOL air-taxi networks. When Uber undertook serious cost-cutting, Elevate was rolled into Joby Aviation. The company had been looking at potential networks in Southern California and Texas for intra-city transport. Joby said recently it plans to launch an air-taxi service by 2024, but did not elaborate on the actual routes.

Lilium is establishing a network in central Florida for more regional movement between Orlando and cities on Florida’s west and east coasts as well as networks in Germany.

Lilium has announced a regional network it plans to establish in central Florida, while releasing images of German vertiports like this one near Cologne’s international airport.  Courtesy Lilium

Eve will perform the ground tests at Vertiport Chicago, an existing downtown heliport facility. The first route will connect the Vertiport to Schaumburg Municipal Helistop, while the second runs from the Vertiport to Tinley Park Helistop in Illinois.

While these are existing helicopter routes,  Eve says the testing will help it prep for the future. “Simulating the eVTOL operation in Chicago allows us to study how people will experience this service and understand the entire ecosystem requirements for our product and services,” said André Stein, co-CEO of Eve.

Joby’s S4 on a recent test. The California company says it plans to start an air-taxi service in 2024.  Courtesy Joby

The company has assembled a number of local government and professional partners. “For Eve, it is essential to understand and address through these projects involving partners and the community the key challenges associated with the main pillars of the UAM ecosystem,” said Luiz Mauad, vice president of services and fleet operations at Eve.

Flights for the general public are available through Blade.