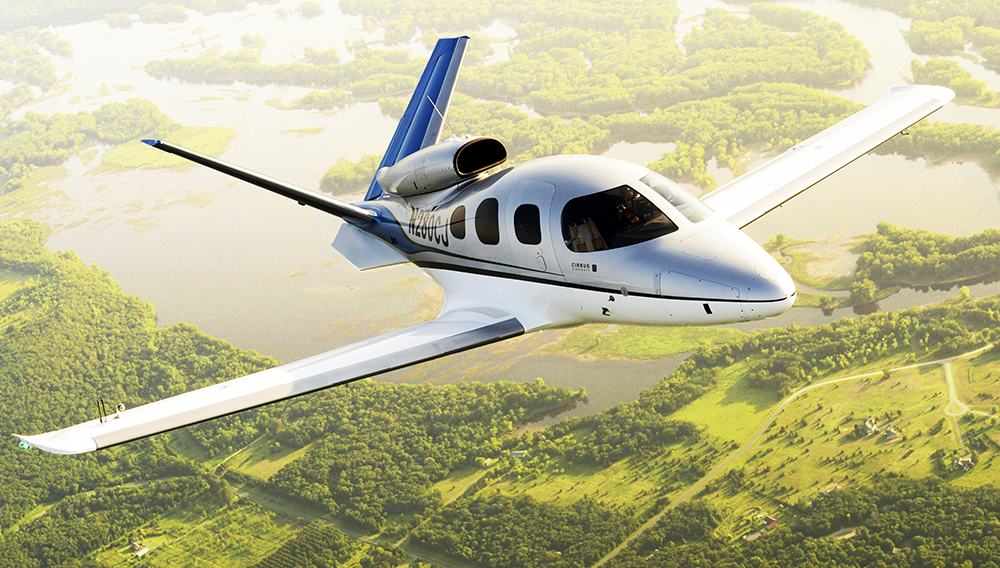 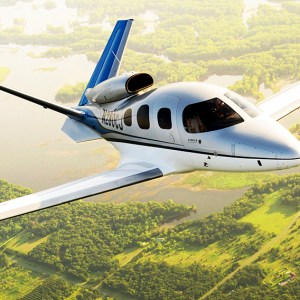 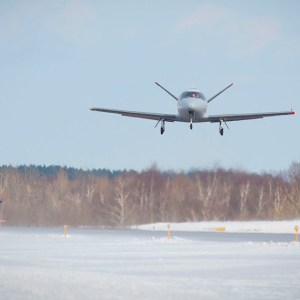 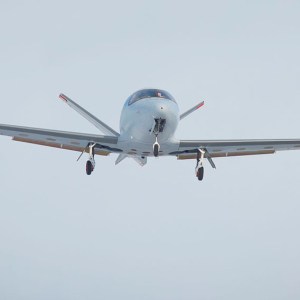 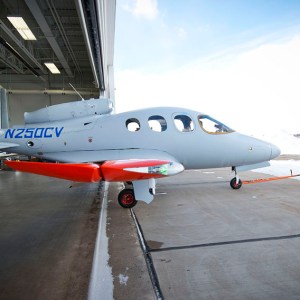 Cirrus Aircraft has flown just two evolving versions of its single-engine Vision Jet since the first iteration debuted in 2008; the one that flew for the first time on March 24 is the first conforming prototype, built on the production line using the production drawings. The company calls this version C-Zero. All the other jets to roll off the assembly line will be very close to exact copies of this one in terms of exterior design and performance. (C-Zero is not equipped with cabin amenities.) During the first flight, the test pilot Mike Stevens checked for maneuverability, controllability, and performance; he says the jet performed well. Two more prototypes will join this final test program, and the company says deliveries to customers will start late in 2015.

The V-tailed Vision Jet is designed to be an easy step up for pilots of high-performance piston airplanes. It can cruise at speeds up to 345 mph for about 1,300 miles, and it comes with a full-aircraft parachute system that can be deployed in case of an emergency. The cockpit is equipped with a Garmin avionics panel similar to those found in the company’s piston airplanes. The cabin seats up to five adults and two children. Cirrus says it has 550 orders in hand for the $1.96 million aircraft. The company, based in Duluth, Minn., is wholly owned by the China Aviation Industry General Aircraft Company. (www.cirrusaircraft.com)