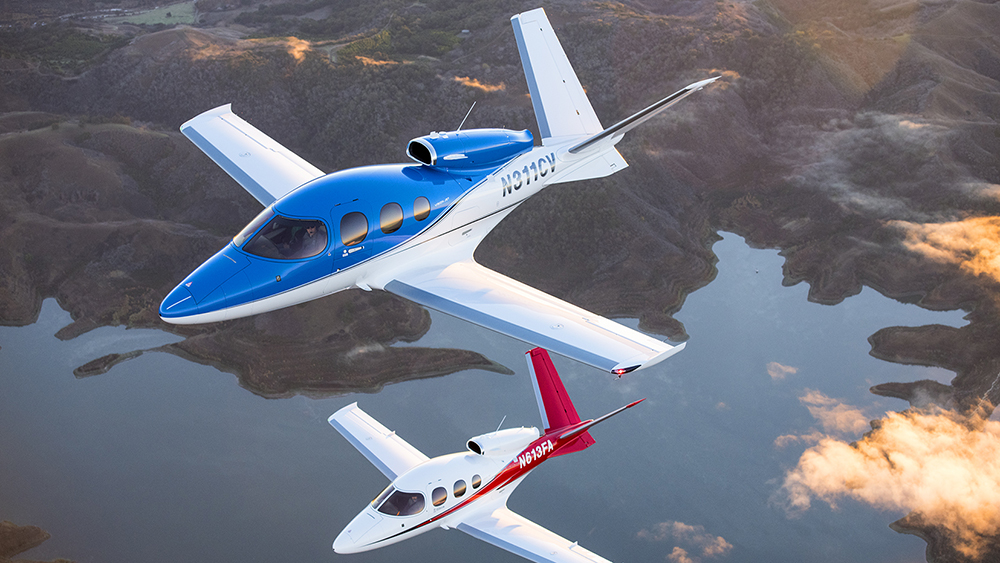 Through the first three quarters of last year,  the Vision Jet, which entered service in 2016 as the first Federal Aviation Administration–certified single-engine jet, led all other business jets with 41 worldwide deliveries. (The General Aviation Manufacturers Association will release the final 2018 delivery tally in late February.) And last year the Vision Jet received the National Aeronautic Association’s 2017 Robert J. Collier Trophy, which is awarded annually “for the greatest achievement in aeronautics or astronautics in America, with respect to improving the performance, efficiency, and safety of air or space vehicles, the value of which has been thoroughly demonstrated by actual use during the preceding year.”

But instead of resting on the Vision Jet’s laurels and popularity, Cirrus has introduced an upgraded version of it. The G2 (for second generation) Vision Jet flies higher, faster, and farther than its predecessor, and its new and improved Garmin flight deck includes an autothrottle. The new, optional feature promises to make it even easier to fly the plane, which Cirrus designed in part for owner-pilots looking to step up from the company’s SR range of single-piston models.

The Vision Jet’s maximum altitude has risen from 28,000 feet to 31,000 feet. That’s kind of a big deal, because flying at that elevated height reduces fuel burn and extends the Vision Jet’s range from 1,380 miles to 1,467 miles. According to Cirrus, another way to look at the improved fuel efficiency is that it means the aircraft can carry an additional 150 pounds of payload (that is, another average-size passenger) on a nonstop 900-mile flight.

The Vision Jet’s Williams International engine has been tweaked so that it delivers enhanced thrust above 24,000 feet. This increases the aircraft’s top speed from 345 mph to 358 mph at 28,000 feet and to 351 mph at the 31,000-feet flight ceiling.

The autothrottle, an unusual feature for an aircraft as small as the 31-foot-long Vision Jet, integrates with the autopilot and can automatically adjust the aircraft’s speed for each phase of flight—climb, cruising, descent. It’s just one of the new features designed to reduce the pilot’s workload. The cockpit is also equipped with Flight Stream, which, by providing connectivity between the pilot’s personal mobile device and the flight deck, enables such wireless enhancements as flight-plan transfers, database updates, and text messaging.

Cirrus also has added new noise-reduction features for the Vision Jet’s cabin and an Executive Seating configuration. In a typical configuration, the aircraft accommodates five adults (including the pilot) and two children in three rows of seating. The Executive Seating setup eliminates the third row and adds roomier seats to the second row and a removable center console with stowaway tables.

The G2 Vision Jet’s starting price is $2.38 million. Fully loaded in the Elite trim, the aircraft costs $2.75 million. Like the original version of the Vision Jet and all other planes in the Cirrus fleet, the G2 Vision Jet is equipped with a full-aircraft parachute.