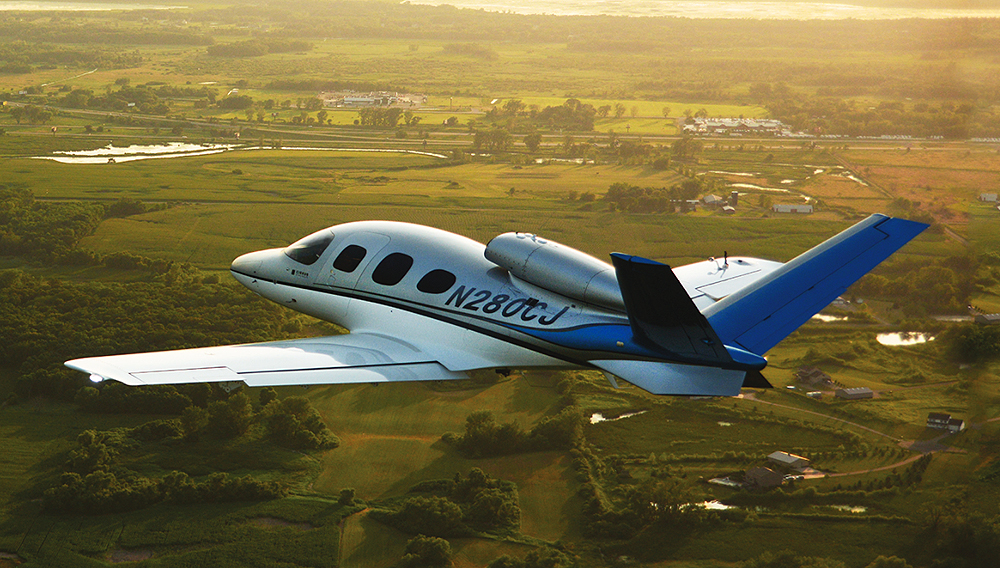 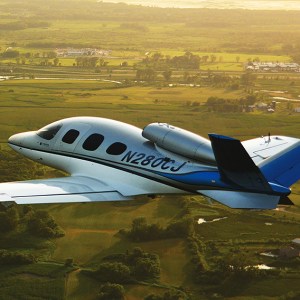 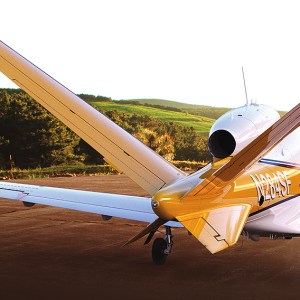 Cirrus Aircraft is well known for its high-tech single-engine airplanes, which come with a full-aircraft parachute as standard equipment, and now the company has achieved certification from the Federal Aviation Administration (FAA) to start deliveries of its chute-equipped Vision Jet. The Vision (about $2 million) is the company’s first jet aircraft, and has been in development for 10 years. It will also be the only single-engine jet in the U.S. market, and is designed to appeal to owner-operators stepping up from a piston plane. The cabin features expansive windows and seats up to five adults (including the pilot) and two children. The modular seats are easy to reposition for a variety of missions. The jet travels at speeds up to 345 mph for as far as 1,380 miles.

A side yoke for the flight controls and a single-lever smart controller for the Williams International FJ33-5A jet engine keep the cockpit efficient and uncluttered. Cirrus Perspective avionics by Garmin fill the panel’s dual touchscreens, and synthetic-vision technology helps pilots land safely even when it’s dark or foggy. To make it an easy transition for piston pilots to learn to fly the jet, the company also plans to train all Vision pilots in-house, with an emphasis on safety. The Cirrus training program along with the parachute system have been credited with reducing accidents among the piston fleet. In 2014, almost 6,000 Cirrus piston aircraft logged more than 1 million flight hours, with just three fatal accidents. (cirrusaircraft.com)