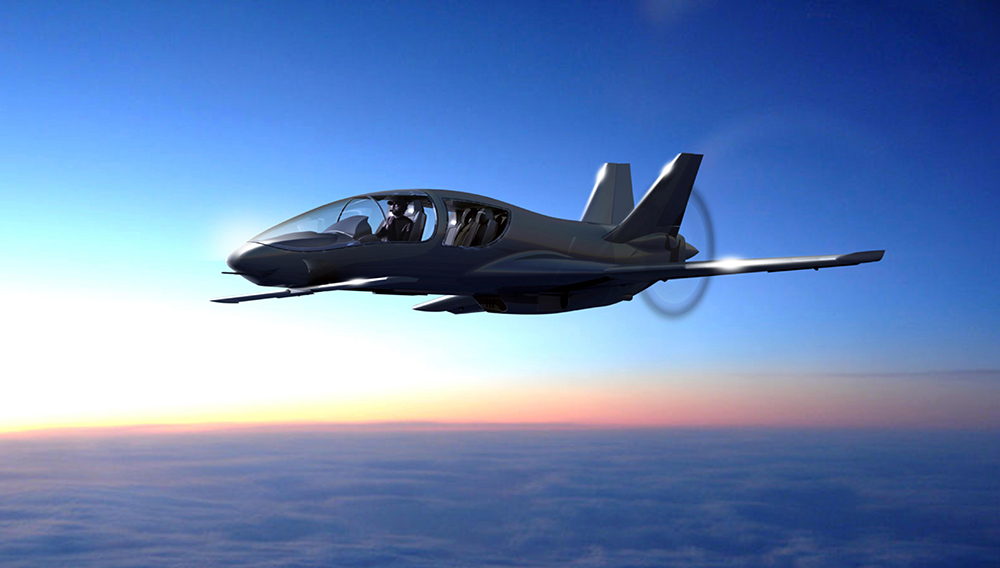 A journey 10 years in the making is finally preparing for takeoff. The private-aircraft builder Cobalt has unveiled its first model, the five-seat Cobalt Co50 Valkyrie. The futuristic-looking plane is the culmination of CEO David Loury’s decade-long endeavor to create the fastest, safest private airplane in the single-piston-engine aircraft category. It is one of only a few aircraft that features a small wing at the nose, called a “canard,” which, when paired with a rear-facing propulsion system, helps improve lift and thus performance. (Perhaps the best-known example of a canard-equipped aircraft is the Piaggio Aero P.180 Avanti II.)

After sketching early drafts of the Co50 Valkyrie in 2005, Loury built five prototypes and launched an ongoing flight-test program to perfect the final version. Cobalt says that it plans to seek full FAA certification for the aircraft, various iterations of which the company has displayed at trade shows in recent years.

The plane has a cutting-edge design aimed at performance and safety. Cobalt says the aircraft is capable of traveling as fast as about 300 mph, which would make it the fastest single-piston-engine plane. (Other aircraft in this class typically do not reach speeds faster than about 280 mph.) Designed with anti-stall capability, the aircraft would also be one of the safest in the category.

Inspired by fighter jets, the Valkyrie features clean exterior lines and leather seats handstitched by former Hermès craftsmen. The company says that, in addition to seating as many as five people (including the pilot), the aircraft will also offer enough storage space for luggage, golf clubs, and even skis. Cobalt says that it can customize the interior and exterior of the plane.

The Co50 Valkyrie—which starts at $695,000 and could reach customers as early as 2017—can be reserved with a $15,000 deposit. The company will also launch an experimental version, the Cobalt Valkyrie-X, which starts at $595,000 and will take approximately six months to build. (cobalt-aircraft.com)