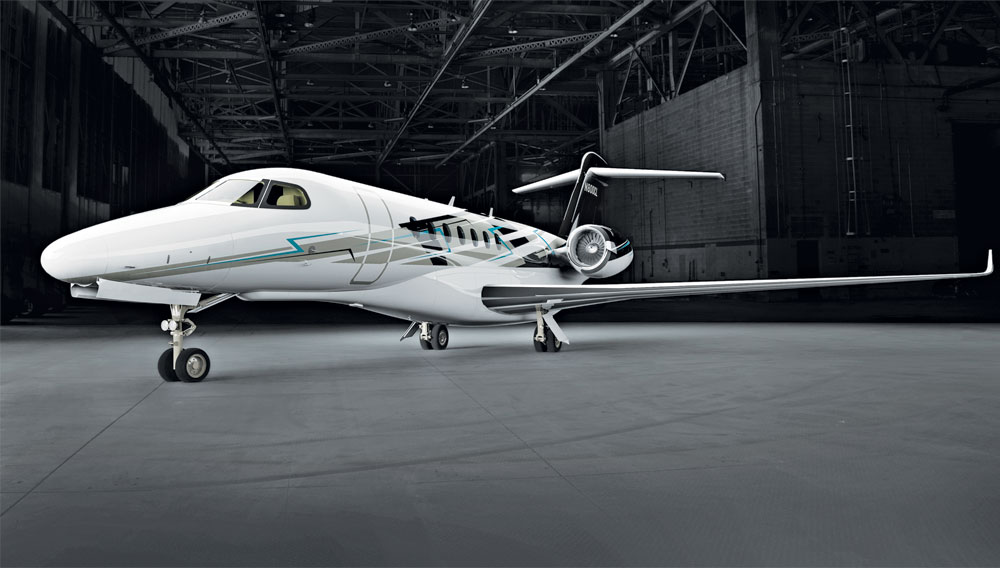 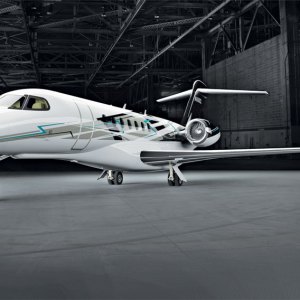 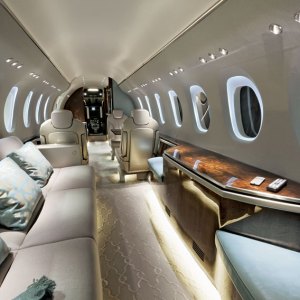 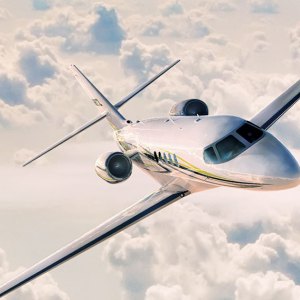 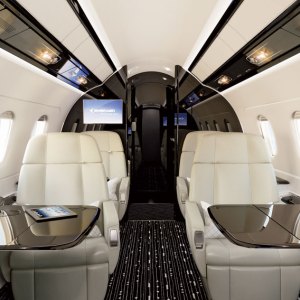 Robb Report Private Aviation Advisory Board member Kevin O’Leary, the founder and president of Jet Advisors, says the private-aviation industry has entered a period of manufacturer confidence. “Even though the market and residual values seem a bit sluggish, the manufacturers are still reinvesting,” he says. “The long-term outlook has to be good, because each of the manufacturers is investing heavily in new aircraft. They’re putting some serious money into this, so that tells me that the forecast to them makes it a worthwhile investment. And it’s not a new interior or new avionics in an old airplane; they’re investing big bucks in some aircraft that are virtually clean-sheet designs.”

Perhaps no manufacturer is exhibiting more confidence than Cessna (www.cessna.com), which began delivering two new aircraft last year—the Citation M2 light jet and the Citation Sovereign+ midsize jet—and plans to start deliveries of the CJ3+ light jet by the end of this year. Next year, the Wichita, Kan.–based company expects its Citation Latitude midsize jet to receive FAA certification. “The Latitude is an aircraft that delivers a lot of firsts from Cessna,” says Scott Ernest, the president and CEO of Textron Aviation, Cessna’s parent company. “It’s a breakthrough aircraft in many ways.”

The Latitude has a range of nearly 2,900 miles and a maximum cruising speed of 519 mph. At 6 feet 5 inches, its cabin is the widest of any Citation jet. The cabin is also 6 feet tall, and it accommodates as many as nine passengers. The jet’s price is $16.25 million.

Also in the works is the Citation Longitude, which will mark Cessna’s entry into the super-midsize category. The aircraft, which the company expects to be certified by 2017, has a projected range of 4,600 miles. That will enable flights from New York to Paris, London to Dubai, and Beijing to Moscow. It will have a top cruising speed of 564 mph and seat as many as 12 passengers. The Longitude will be priced at $25.9 million.

“We’re trying to protect the areas of the market that we’re good at and incrementally grow,” Ernest says, adding that the super-midsize category is one in which most manufacturers are investing. “The strategy is to grow our way into that market. I spend 30 to 40 percent of my time with customers, so I keep a pretty good check on the pulse of what they’re saying. I’m more interested in listening to our customer base and responding to them, putting those investment dollars into play, and incrementally growing as we see fit.”

Brazil’s Embraer (www.embraerexecutivejets.com) soon will begin delivering the Legacy 500, a $20 million midsize jet with coast-to-coast range (3,450 miles), a top cruising speed of 541 mph, and a notably spacious cabin. Embraer claims that the Legacy 500 is the only midsize jet with a stand-up cabin and accommodations for eight passengers or more. The cabin, which can be configured for as many as 12 passengers, has a flat floor and a height of 6 feet. Its width is 6 feet 10 inches at the centerline.

The company also touts the Legacy 500’s full fly-by-wire flight-control system, which includes technology previously reserved for large-cabin jets such as the Dassault Falcon 7X and the Gulfstream G650. According to Embraer, it took more than a decade to develop and implement the technology.

Embraer’s forthcoming mid-light Legacy 450 will feature the same fly-by-wire system. The $16.5 million aircraft is expected to enter service by the middle of next year. It will have a range of nearly 2,900 miles (with four passengers) and will accommodate as many as nine passengers in a cabin that also will feature a flat floor and 6 feet of headroom.

In addition to producing its 250th Falcon 7X this spring, Dassault Aviation (www.dassaultfalcon.com) announced the launch of its large-cabin ultralong-range Falcon 8X, a $58 million aircraft with a range of 7,422 miles (when traveling at 528 mph and carrying eight passengers and three crew members). Deliveries are expected to begin in 2016.

In an interview published in Dassault’s Falconer magazine, company chairman and CEO Eric Trappier referenced Bombardier’s forthcoming large-cabin ultralong-range jets, the Global 7000 and Global 8000, which will boast ranges of 8,401 miles and 9,091 miles, respectively. While calling those ranges “very impressive,” Trappier said, “But most flights, let’s be honest, aren’t using that capability. Our philosophy is a little different. First of all, we have some excellent long-range aircraft that perform most of their missions nonstop. Falcons do something else that is very important. They offer balanced performance, meaning they can use more airports and can fly farther from short fields. We just filmed a 7X landing at a small airport in St. Tropez, with about 3,500 feet of useable runway and steep hills complicating the approach. That plane stopped—comfortably—in 2,000 feet. There’s no large business jet that can come close to doing something like that.”

The Ace of Space

At the European Business Aviation Conference and Exhibition (EBACE) in Geneva in May, Bombardier (www.bombardier.com) presented a full-scale mockup of the Global 7000, which is expected to enter service in 2016 bearing a $72.4 million price tag. “This aircraft is the first business jet to offer a true four-zone cabin to satisfy the increasing travel needs of customers,” Eric Martel, the president of Bombardier’s business aircraft division, said following the unveiling. He added that the aircraft will “offer the most comfortable long-flight experience to passengers and crew members.” The aircraft’s cabin is 54 feet 7 inches long, 6 feet 3 inches high, and 8 feet 2 inches wide at the centerline. A typical floor plan includes seating for 17 passengers and an aft stateroom.

In April, the $21.18 million midsize Learjet 85 completed its first test flight, reaching an altitude of 30,000 feet and a speed of 287 mph. Bombardier expects that when it enters service, the aircraft, which represents a clean-sheet design influenced by customer feedback, will have a maximum operating speed of 541 mph and a range of more than 3,400 miles (when carrying four passengers).

Bombardier’s $26.54 million Challenger 350 received its FAA certification in June, and the company delivered the first aircraft to fractional provider NetJets two days later. The Challenger 350 has a range of nearly 3,700 miles when carrying eight passengers, and its high cruising speed is 540 mph.

Taking It a Bit Farther

In May, at EBACE, where Bombardier unveiled the mockup of its Global 7000, Gulfstream (www.gulfstream.com) introduced the $66.5 million G650ER, an upgraded version of the G650 that adds nearly 600 miles of range, enabling it to travel 8,631 miles at 562 mph while carrying eight passengers and four crew members. Gulfstream revamped the large-cabin ultralong-range G650, even though the orders for that aircraft are backlogged into 2017.

Steve Cass, Gulfstream’s vice president of communications, says the company developed the G650ER in response to feedback from Gulfstream owners, not as a reaction to Bombardier’s launching of the Global 7000 and Global 8000. “[Owners] wanted to reach longer city pairs. They wanted to carry more payload or land with more fuel loads or fly faster on existing routes,” Cass says. “We don’t design airplanes to beat brand X. We design them to meet what our customers are asking for.”