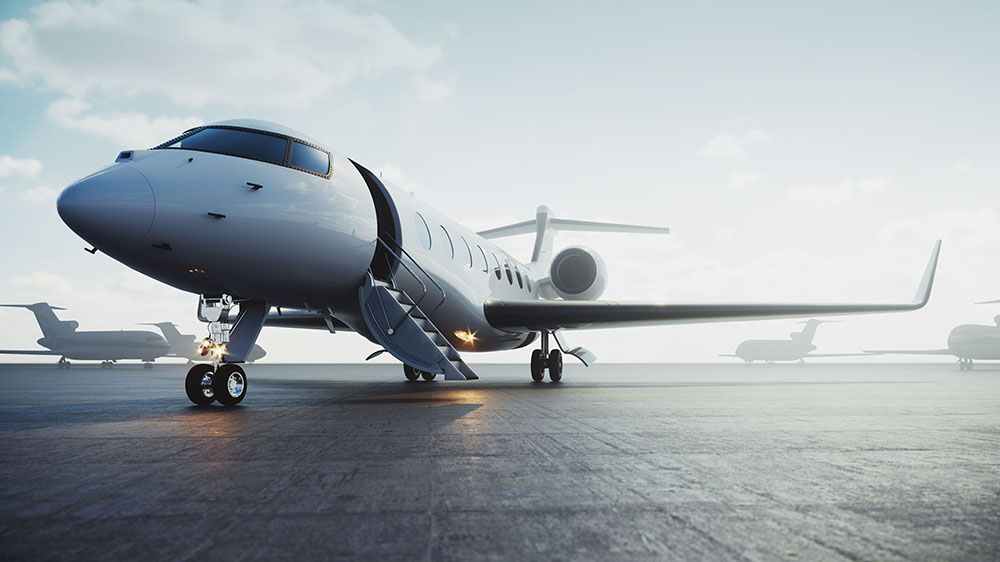 One of the biggest business casualties of COVID-19 has been the commercial airline industry. Over the last few weeks, mass flight cancellations in Europe and a fear of infection in the US have slowed commercial air travel. German carrier Lufthansa, for instance, says it could cancel up to half its flights and ground all its Airbus A380 superjumbo jets because of the decline in bookings.

Private air charter firms on both sides of the Atlantic, in contrast, have seen sizable spikes in business. The majority of those increases are the result of coronavirus evacuations from impacted areas, such as Italy. In the US, most family and corporate travelers are seeing charter as a way to avoid the commercial airlines.

Quintessentially, a London-based luxury lifestyle management firm, has seen requests for private jets quadruple in the past few weeks. The majority of inquiries are “from members wanting to fly their families out of infected areas, with most traveling within 24 hours of booking, if not the same day,” Annastasia Seebohm, CEO, told The Times of London.

US charter operators have also seen an increase in business with corporate and private fliers opting to use charter over commercial aircraft.  Adobe Stock Images

Clive Jackson, CEO of Victor, an on-demand jet charter platform, added that private jet operators are “optimizing their schedules to reduce ground times in higher-risk regions.” Switzerland, which has no confirmed cases of coronavirus, has become a favored destination for those seeking a vacation alternative to Italy.

“We’ve tripled our flight-support staff and began shifting employees around to assist in flight planning, aircraft sourcing and flight coordination,” Justin Crabbe, CEO of New York-based charter firm Jettly, told Robb Report. “For areas like Milan, within hours of the coronavirus being detected, we received 1,000 new flight requests for evacuation. The big difference in this situation is that a typical charter request is usually a few weeks out, whereas these are looking for immediate evacuation. We’ve never been this busy.”

With commercial flights being cancelled and carriers changing policies, charter aircraft and private aircraft facilities remain a viable way to avoid large airports. “Some clients are grouping together with people they don’t know to charter an aircraft,” Crabbe says. “We’re now having to coordinate passports and clearances for large groups of travelers.”

Private jets are seen as safer and more hygienic than commercial jets, while they can also land in more remote, private airfields.  Adobe Stock Images

While high-net-worth individuals are primary clients, Crabbe says corporate executives have also seen the benefits of flying privately. “They see chartering a private aircraft as a necessary precaution for keeping far away from the risk of exposure through commercial airports and aircraft,” he says. “We’re seeing more medical groups, law firms and executives signing on to charter flights.”

Kenny Dichter, founder and CEO of private aviation company Wheels Up, says that his operation has experienced an “uptick in individual and corporate member flying” over the last two weeks as well as more inquiries into the company’s membership model. “We’re having a lot of conversations with folks who are interested in our programs,” Dichter says.

Fort Lauderdale-based Monarch Air Group has also seen an increase in demand for charter aircraft, but that has been offset by many cancellations. CEO David Gitman told Robb Report that charter bookings for evacuations in Europe increased, but that many charters in the US have been canceled in the last week.

International operators said they have seen a spike in inquiries for flights in and out of Italy.  Adobe Stock Images

“A lot of that is because of events being canceled in Europe and now in the US,” Gitman says. “Most people, if they don’t need to travel, are just staying at home. Those who need to travel for business are opting for charter flights over commercial.”

That dynamic is doubling and tripling the demand for international private charters for Paramount Business Jets.

“We’ve been up all night working on different logistics,” says CEO Richard Zaher. “We’re up 100 to 300 percent on international charter requests, and we’re starting to see an increase domestically as well. Charter requests from the New York area are up about 110 percent.”

Zaher is noticing more requests from diplomats and government officials, as well as from sports teams and entertainers.

The company is receiving 30 percent more bookings than a year ago, but is also experiencing increased cancellations. “They are all related to the coronavirus, and if we end up with a zero-sum game, we’ll be happy with that,” Zaher says. “But this is not a situation where charters are coming in without any kind of consequence. If this continues, it can’t be good long-term for private aviation or the economy. It’s healthy for private aviation right now, but the overall situation is not.”

Private aviation retains an edge over commercial flights because of the ability to stay outside of a large airport, avoid contact with strangers on the aircraft and the ability to bring business clients in and out of areas in a single day.

Paramount started receiving enquiries as soon as news of the virus made national headlines. “I think commercial aviation has done a lot of great marketing, quite unintentionally, for private aviation,” Zaher says. “There seems to be a fear attached to everything around this virus—including commercial flight.”

That fear has prompted some operators to take greater measures in sanitizing their aircraft. “We implemented the highest level of sanitizing,” Jerod Davis, owner of Southern Jet, told Slate. That means “disinfecting the airplanes, even though that may not be necessary yet. We’re taking an extra half-hour to an hour [after each flight] just to really clean down the airplane. Then we’re going to also detail the airplane on a regular basis, just to be ahead of the game.”

Davis expects his charter fleet to be busy for the foreseeable future. “Every plane’s going to be booked up almost every day,” he said. “Today, I’m in Boston. I land in Florida tonight. And I go back out tomorrow and come back again . . . Then I may have another guy cover me so I may get some days off.”

It will take time to see if the coronavirus—and its impact on the private charter sector—will be a temporary event or a long-term reality. “The best-case scenario is that it’s a scare,” Davis says. “We don’t want this to get worse . . . But it’s a weird situation. We never foresaw something like this.”