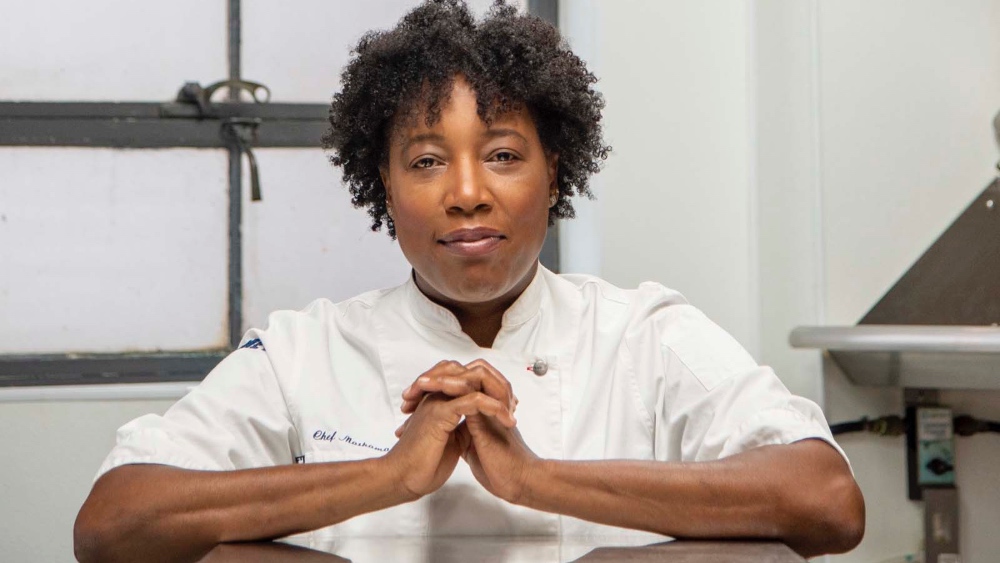 Delta wants to bring you a taste of the South while you’re in the skies.

The airline announced this week that James Beard Award-winning chef Mashama Bailey, who opened the Grey in Savannah, Georgia in 2014, will be curating a new in-flight menu.

Bailey cooks what she calls Port City Southern food: a cuisine that’s rooted in Southern ingredients, but not closed off from the rest of the world. You can expect elevated takes on soulful comfort food, such as fresh flounder with oysters, bok choy and turnips or short ribs with smoked collard greens. For dessert, a slice of buttermilk and cornmeal tres leches cake topped with candied kumquats and mandarins.

The revamped meal service will be served to domestic first class and international Delta One customers leaving Atlanta airport. Fliers will have the option to pre-select meals beforehand to ensure they get their first option.

Dishes were inspired by Bailey’s menu at the Grey in Savannah, Georgia.  Delta Airlines

The new partnership also highlights Delta’s Southern roots. The airline’s corporate headquarters are located in Georgia and thus the menu is a celebration of the region’s culinary heritage.

“The innovative, Southern culinary experience chef Bailey has propelled into the spotlight is something our culinary teams have admired for some time, and we know our customers are going to be wowed by the menu she’ll be delivering on board,” Kristen Manion, Delta’s senior vice president for in-flight service, said in a statement.

Bailey is also a part of Delta’s newly formed culinary council that was created to help guide the airline on new dining strategies. The acclaimed chef has even created a MasterClass series that is available via Delta’s seatback entertainment platform. The 10 lessons provide a deep dive into Southern cooking, so you can reinvent some classics at home.

The new food choices don’t stop at Atlanta, either. Delta One and first-class customers flying on select domestic routes will also be able to enjoy Italian-American fare by famed LA chefs Jon Shook and Vinny Dotolo.