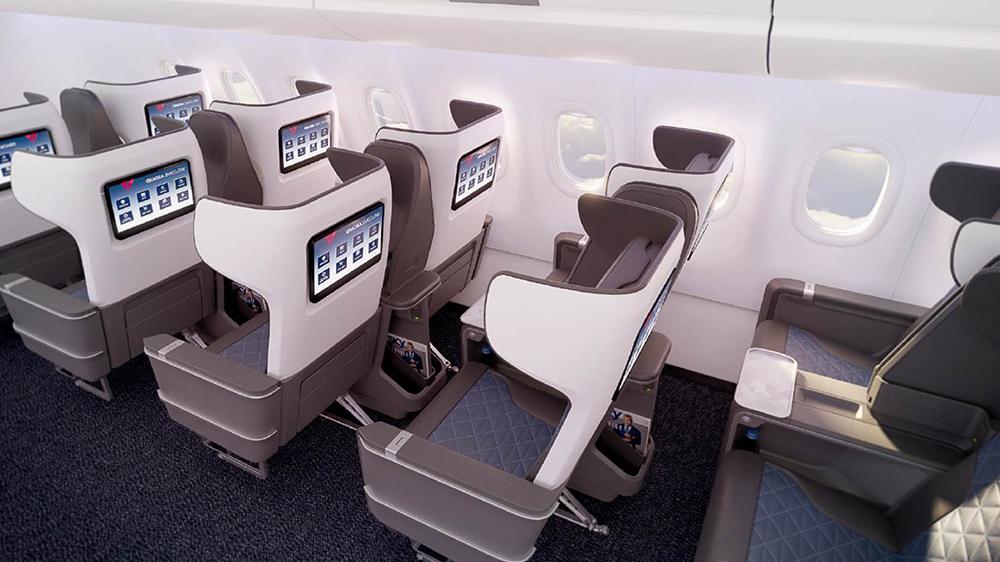 Days after images of the new seats started circulating online, Delta confirmed on Tuesday that the first class seats on some of its planes are about to get a major upgrade. Part of the Atlanta-based airline’s multi-billion-dollar investment in improving the customer experience, the new seats will offer its VIP passengers on domestic flights more comfort, space and privacy than previous first class offerings.

For years now, America’s “Big Three”—Delta, America and United—have lagged behind their international peers when it comes to luxury amenities, but the announcement signals an inclination from at least one of those airlines to up its game. Designed in collaboration with with Recaro and Factorydesign, Delta’s state-of-the-art seats feature enhanced memory-foam cushions and a fixed headrest surrounded by a curved shield that increases privacy. There’s also a larger tray table which expands workspace by 25 percent, three times more stowage space than before and—maybe best of all—convenient customer facing power ports.

The new seats will also include Delta’s new in-flight entertainment system, which features an oversized 16:9 ratio seatback touchscreen that allows passengers to curate their own entertainment experience.

To research the new first class configuration, Delta says it went directly to its customers. “As an industry leader in innovation, we are always looking for new ways to improve the overall customer experience,” said the Delta executive Mauricio Parise. “Customer insights were instrumental to the new design, and we spent hundreds of hours listening to customers so that we could respond with thoughtful improvements.”

News of the upgrade broke earlier this week, when images of Delta’s new seats were included in a package of press images for this year’s Crystal Cabin Award, an annual prize that recognizes excellence in aircraft interior design. Delta travelers will get to try out the new seats for themselves as early as next fall.