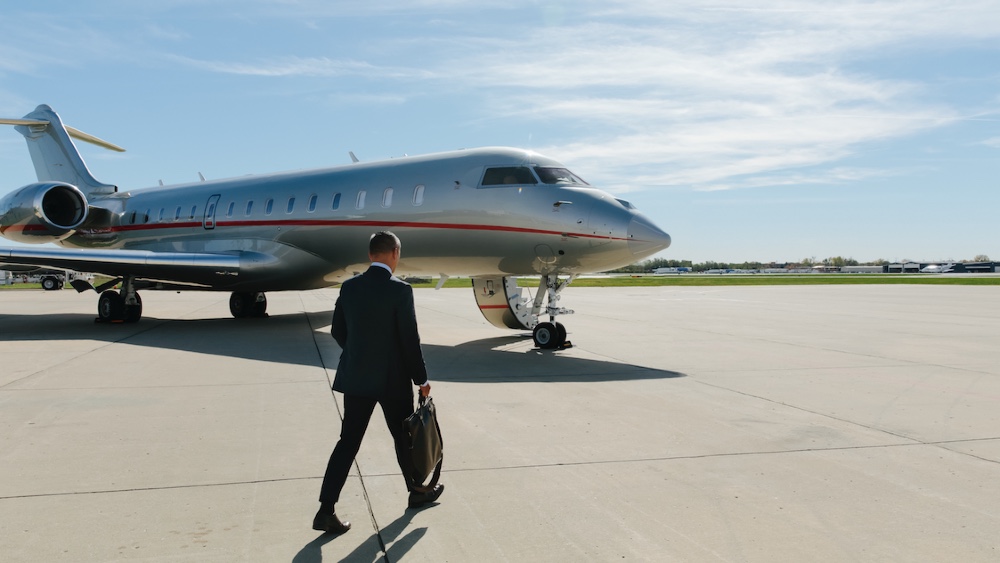 A safety bubble that extends from your home to your aircraft. A business jet that offers social distancing and safe passage at a fraction of the cost of most charter flights. A program with a dedicated cabin hostess to minimize interactions and possible exposure. As Covid-19 has increased the number of newcomers who are chartering business jets, it has also created multiple programs to make private flight more efficient and affordable.

The idea for VistaJet’s new Dynamic Corporate Business Jet Membership program started around two years ago, but the company decided to accelerate implementation because of Covid-19. “We’ve been working to find the combination of factors that would make private aviation as simple as possible,” Ian Moore, VistaJet’s chief commercial officer, told Robb Report. “We found ourselves asking what hurdles are in place for corporate flying and how can we remove them.”

The new plan, says Moore, has components like dedicated flight managers for individuals and companies, dedicated cabin hostesses to reduce possible exposure to Covid-19, and no cap on the number of flights in the program. Payment is also made after the flights with a monthly invoice. The idea is to transfer the benefits of typical aircraft ownership programs to a much more flexible business model, without the long-term costs or commitment.

“Nobody wants to enter into a long-term commitment these days,” says Moore, “so we designed the program with an entry fee that requires just a small deposit. At the other side, there is no top end—people can fly as often as they need to without restrictions, and even request two aircraft at the same time with guaranteed availability.”

Launched Tuesday, the program also seeks to avoid one of the pitfalls of many charter companies by assigning a flight manager to each client. “We’re offering that consistent human touchpoint that charter companies cannot,” says Moore. “It’s like having a person inside your flight department dedicated to all the different components—just like aircraft ownership, but without the commitment.”

With 73 aircraft in its fleet, VistaJet claims to be the only non-fractional provider with a global reach. At the other end of the spectrum is Set Jet, a startup in Scottsdale, Ariz., that just announced new flights between San Francisco, Los Angeles, San Diego, Orange County and Las Vegas. The company has a budget-focused business model that sells available seats in its Challenger 850s between $460 and $490, on top of its $100 monthly membership fee.

New era, new passengers. Charter for private individuals has grown in the last six months, while the business traveler is expected to return in force in early 2021.  Adobe

Set Jet is essentially setting up a regional service on the West Coast, something it plans to replicate later in the Atlanta-Florida corridor.

CEO Tom Smith has seen Set Jet’s business increase over the last six months. “When we launched last December, we had an average of one passenger per flight, and now that has increased to about seven,” he told Robb Report.“We’re seeing new clients who had the means to fly privately but never wanted to. Now, they don’t want to take risks with commercial flights. They see that on planes like ours, the social-distancing is built into the seating, which are about six feet apart.”

Charter for individuals and families has seen dramatic growth in the last six months, just as activity for commercial flights has plunged. Recent reports show that commercial airline passenger numbers are off by 70 percent around the world. A National Business Aviation Association webinar, by contrast, reported that the Part 135 charter market had gained activity by the end of August, so that it was up about two percent over 2019 levels.

Private charter, adds Waguespack, is a tale of two markets, divided into regional activity and by aircraft type. Destinations like South Florida, Telluride, Jackson Hole and Aspen have seen frenzied activity, with demand outstripping available aircraft, while others like Teterboro in the New York metro area are at about half of their 2019 levels. “In the spring and summer months, it was all about getting the family out of cities to vacation homes,” he says. “Metro areas like New York/Teterboro continue to be impacted because there is still significant quarantining.”

The changed attitude by many high-net worth individuals may be the biggest benefactor of Covid-19. “Before, you had many people who could afford to fly privately but instead flew commercially,” says Waguespack. “They viewed it as a luxury they didn’t need. Now, many see it as the essential way to travel because of the safety it offers.” A surge in jet-card sales shows that activity: 90 percent have been sold to individuals, while only 10 percent have been purchased by corporate clients.

With routes being cut and staff being laid off, analysts do not see a quick return for commercial airlines. Waguespack expects corporations, which have largely avoided travel, to view private aircraft in a different way when the business class begins to fly again. “We’re expecting a surge in 2021,” he says. “Like the family traveler, these companies view general aviation as a safer, more controlled environment for employees than commercial airlines. With many commercial routes being canceled, it’s also easier to get from point A to point B on a private aircraft.”

Another byproduct is that smaller charter aircraft have become much more popular than larger business jets, largely because of cost and the pause in international travel because of Covid-related border restrictions. Flight activity data shows that midsize jets in August were running 5 percent above 2019 levels. At the same time, large-body aircraft continue to struggle.

“We’ve also seen a resurgence among entry-level aircraft,” says Waguespack. “We’re seeing some owners dusting off their pilot’s licenses so they can fly the aircraft themselves. One flight school recently did 400 hours of in-flight training in a single month. That’s unheard of.” Sales of smaller aircraft are also up. “Nobody’s buying a 737, but you can get a Hawker 800 XP aircraft for under a million,” he adds. “Some are opting to buy those to start charter businesses.”

A new flier profile has emerged in the last six months: Individuals who used to fly commercially are now chartering business jets for personal travel.  VistaJet

VistaJet’s Moore also expects a resurgence in business travel later this year, which is why they launched their new program this week. “We still see corporations having the need to fly and be in front of their customers,” he says. “But there’s also that hesitancy to commit at this point. That’s why we tailored this program to be flexible and dynamic. It’s the right time.”