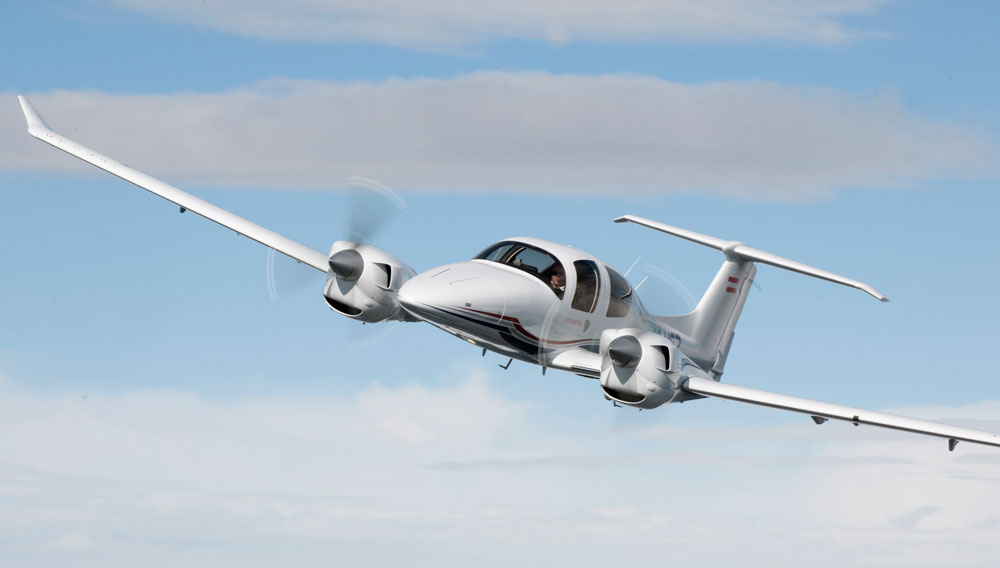 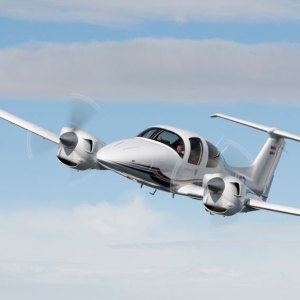 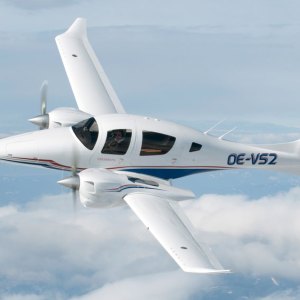 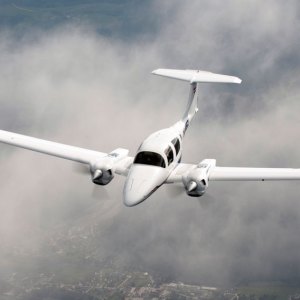 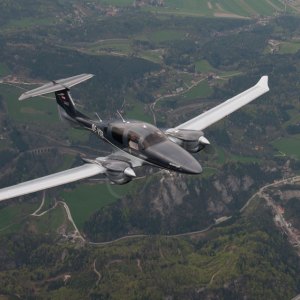 The Diamond Aircraft DA62 twin-engine airplane, a bigger and faster version of the Austrian company’s popular Diamond Aircraft DA42 twin, has been fully type-certified by the European Aviation Safety Agency. U.S. certification is expected to follow later this year. The new seven-seat airplane (a five-seat version is also available) is powered by two Austro Engine piston engines, which each burn about 6 gallons per hour of Jet-A fuel. The DA62 has a maximum speed of 228 mph and a maximum range of approaching 1,500 miles. It can take off in less than 1,600 feet, climb at 1,200 feet per minute, and fly at altitudes up to 20,000 feet.

The cockpit features a Garmin G1000 integrated flight deck. Baggage compartments in the front and rear provide plenty of space for gear. The third row, which has two seats, can be removed to open up more space for baggage. The carbon-fiber composite airframe can be finished in any paint or color scheme. The airplane is priced from about $1.15 million. (diamond-air.at)