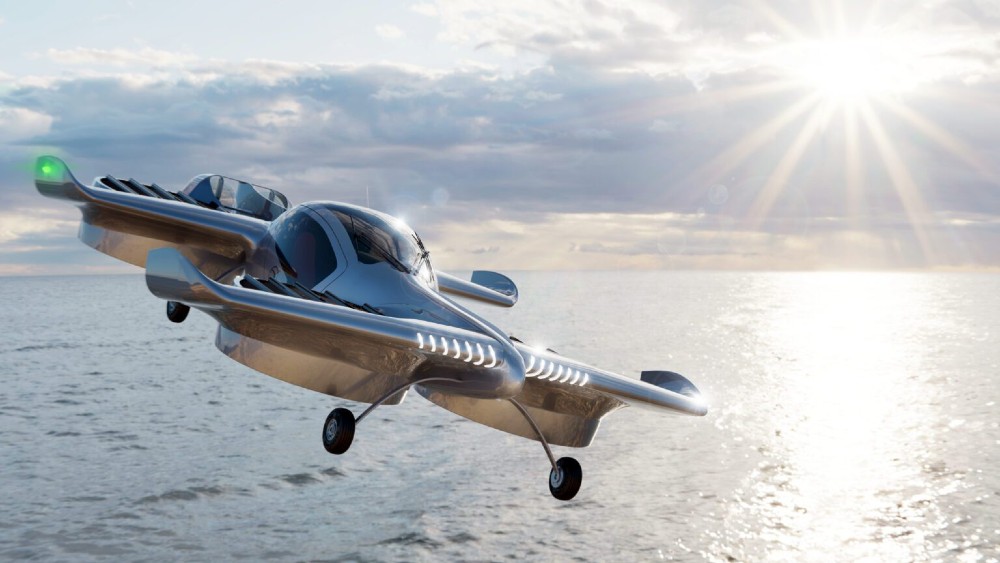 Miami-based Doroni has started to accept pre-orders for its “personal” flying machines. The company recently showed off the cockpit of its H1 aircraft at the EAA AirVenture in Wisconsin, using VR headsets to simulate takeoff, flight and landing.

Doroni is going after a different market than most eVTOL manufacturers, which are building air taxis for intra-city use. Instead, it’s targeting personal pilots, much like the Jetson, with an aircraft it claims will be intuitive and much easier to fly than a helicopter or conventional airplane.

Company officials yesterday said in a webinar that they plan to “democratize” general aviation with a “semi-autonomous” aircraft designed for safety. CEO Doron Merdinger said anyone with a standard car driver’s license and 20-hour training course should be able to fly the H1.

The two-seat flying car has two sets of wings with large ducted fans, a 500-pound payload, and wheels—this last feature is unusual since most eVTOLs usually land on pads. The H1 is designed to drive into a standard garage and recharge overnight.

The curves on the fuselage and large fans give the H1 a futuristic but equally retro look. The H1 is expected to have a range of 60 miles, with a top speed of 140 mph. Merdinger said the battery can be charged from 20 to 80 percent in about 20 minutes. It will also have a parachute for safety.

The company is building its first two prototypes at a new facility in Miami, with the goal of completing the first full-scale flying model in the next few months.

Doroni plans for the H1 to be certified as a Light Sport Aircraft with the FAA so it will fit into an existing category, unlike most new eVTOL aircraft that will have to undergo certification processes in new categories.

Deliveries of the aircraft, said the company, will begin in the fourth quarter of 2024. It plans to take 36 pre-orders. According to its website, there are 19 build slots left. The H1’s starting price will be $150,000.