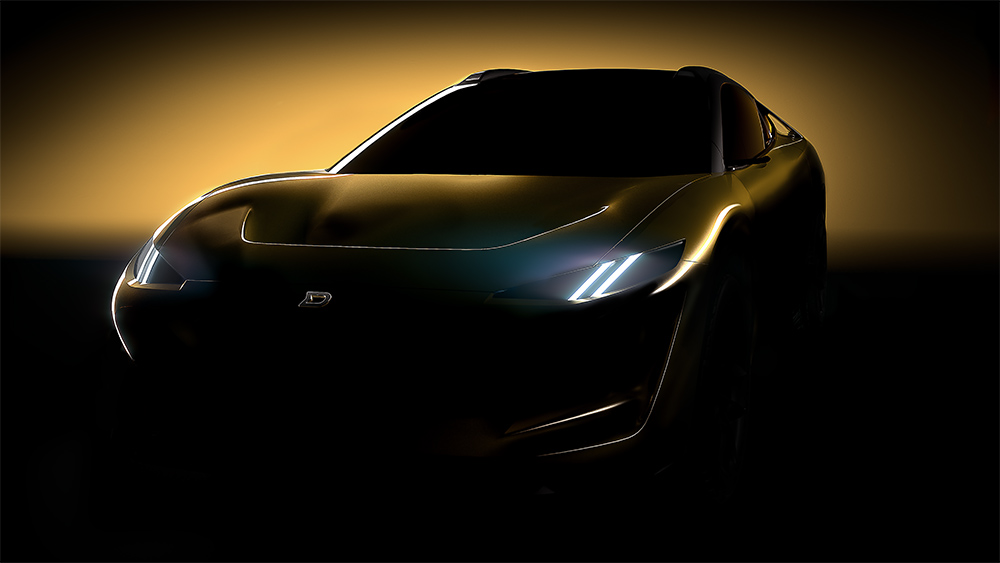 And then there were two.

Drako Motors is adding a new EV to its burgeoning lineup. Three years after the launch of the all-electric GTE, a limited-edition hypercar that could hit 206 mph, the California-based marque has returned with an all-electric super SUV called the Dragon. Engineered in Silicon Valley and designed in Italy, the sleek bruiser is the marque’s attempt to combine supercar-level power with the utility of a crossover.

The Dragon may be an SUV, but it’s clearly heavily inspired by the company’s experience making the GTE. The EV will be built on the brand’s DriveOS architecture and packs a quad-motor powertrain connected to its in-house battery system, according to a press release. While full specs aren’t available just yet, Drako says drivers will have “2,000 hp on tap,” a genuinely bonkeres figure and 800 hp more than its predecessor (and 86 hp more than the Rimac’s awe-inspiring Nevera electric hypercar). That’s a whole lot of grunt, and because of this, the vehicle will be able to rocket from zero to 60 mph in a blistering 1.9 seconds, run the quarter-mile in 9.0 seconds and hit a top speed of over 200 mph.

It remains to be seen how much torque the powertrain will produce. Drako does seem well aware that drivers will probably want to take the Dragon for a spin through the dirt and mud from time to time. Because of this, it will come equipped with a three-stage suspension that the brand says will allow it to conquer both roads and trails. Drako also claims that the setup will ensure that the vehicle feels “less like a car and more like a spaceship.” We’re not sure exactly what that means, but we’d love to find out.

The Dragon will feature a striking look dreamt up by the company’s chief designer Lowie Vermeersch, whose resume also includes the Ferrari 458 Italia and FF. The SUV may not be ready for its closeup just yet, though. The images accompanying the announcement are all shrouded in shadow, though they’re certainly enticing. The body will be sculpted almost entirely out of carbon fiber and features prominent curves and a set of gullwing doors. No images of the interior were available as of writing, but Drako promises it will have room for five and “ample” luggage space. Naturally, the seats will be covered in leather.

So how much will the Dragon cost? The GTE may have started at $1.25 million, but the brand says its newest creation will be competitively priced with the rest of the super SUV segment. If so, that likely means taking on vehicles like the Aston Martin DBX, Bentley Bentayga and, of course, the Lamborghini Urus, which command between $160,000 and $230,000.