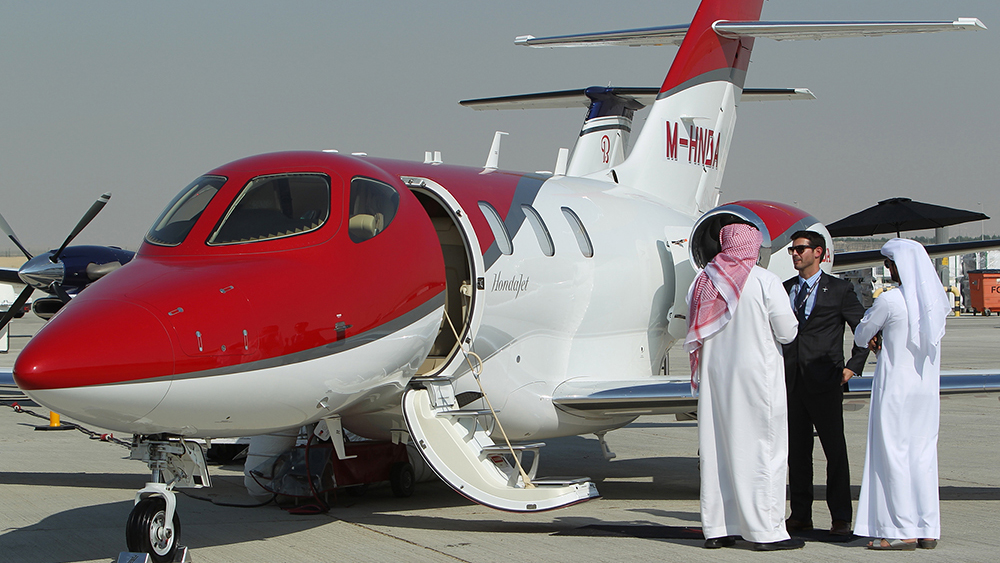 A decade ago, the Middle East was seen as one of the most promising growing markets for the private aviation industry. But the effects of the Great Recession and destabilizing political squabbles created a slump in the market that the region is still struggling to recover from. However, the global general aviation market has stabilized in recent years, so many hope to see growth in the Middle East as well. In fact, Bombardier has even predicted that it will sell 350 aircraft in the Middle East over the next decade—netting the company around $12 billion.

Which brings us to the Middle East and North Africa Business Aviation Association (MEBAA) Show in Dubai, where from December 10 through 12, a selection of the biggest manufacturers and aircraft service companies in the industry will gather to court clients and show off their latest and greatest. Now in its eighth year, the show will feature 460 exhibitors and 45 aircraft on static display, including Gulfstream’s two newest aircraft, the G500—the first of which was recently delivered to its owner—and the soon-to-be certified G600.

For its part, Airbus Corporate Jets will be showing off its new baby, the ACJ319. The plane on display belongs to charter operator Acropolis Aviation, the first customer to take delivery of an ACJ319, and will be equipped with a brand new interior from AMAC Aerospace in Basel, Switzerland. The ever popular HondaJet will also be on display, as will models from Boeing Business Jets, Dassault, and Bombardier. Bell is even making sure helicopters get in on the action with displays of its upcoming 429 and 525 Relentless models.

A stronger Middle Eastern market would certainly be a boon to these companies, and there are indicators that things are on the upswing. The number of business flights from the UAE has been steadily increasing, with a healthy jump in 2016, and a new VIP terminal has been built in Dubai that hopes to service 60,000 passengers in 2020.