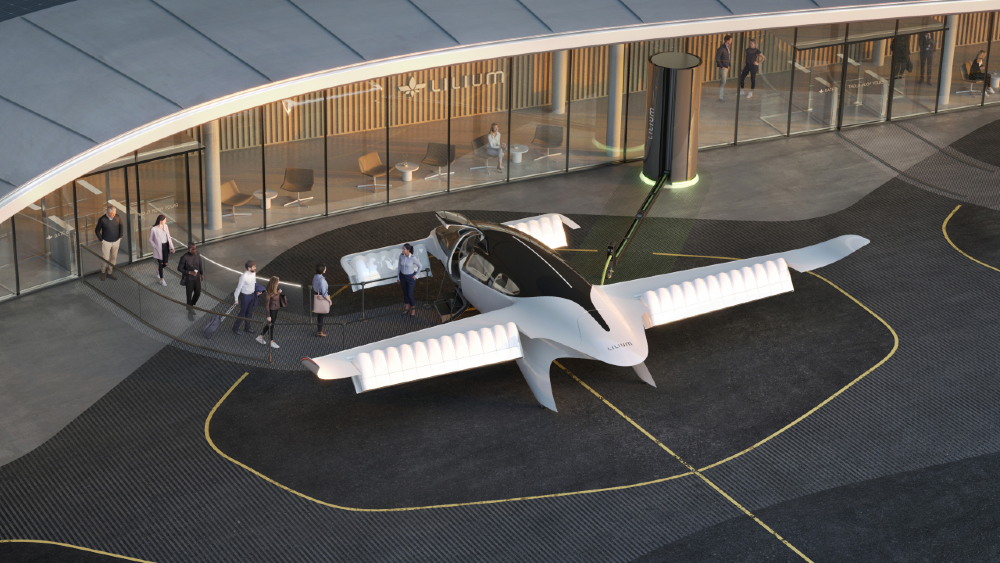 Lilium plans to bring its new seven-seat electric aircraft to the skies by 2024.

The eVTOL, under stealth development since 2018, began its certification campaign with both the FAA and the European Union Aviation Safety Agency last year. “Our vision is to create a sustainable and accessible mode of high-speed travel and bring this to every community,” said Daniel Wiegand, founder and CEO, during the unveiling of its new vertical takeoff and landing aircraft. This represents the fourth generation of eVTOL Lilium has built since it was founded in 2015.

The Lilium Jet will be the primary aircraft in the network of 14 vertiports in Florida—with Orlando serving as its headquarters—that could be operational in three years. Lilium is also in advanced discussions with partners for 10 vertiports in a European network.

While other air-taxi service providers focus on urban mobility, Lilium plans to cover longer distances. The new jet has a top speed of 175 mph. Its maximum range of more than 150 miles will allow for multiple flights of at least 30 miles. Ticket prices for clients will be similar to other high-end modes of transport, says the company, but costs will go down as passenger volumes increase.

Besides its new seven-seat electric jet, Lilium has announced a 14-vertiport network in Florida that will connect much of the Sunshine State.  Courtesy Lilium

While the company has not released the cabin dimensions, the airframe is shorter than traditional aircraft, measuring just over half of its wingspan. Only one pilot will command the aircraft in the separate cockpit, and up to six passengers will be in the large cabin, with a cathedral-style ceiling and panoramic windows.

To fund its growth, Lilium will list itself on the NASDAQ through a merger with Qell Acquisition Corp., with the goal of raising $830 million for the company. The company plans to have its operations fully functional in 2024, which includes finalizing its production facilities in Germany and flying its first commercial aircraft.