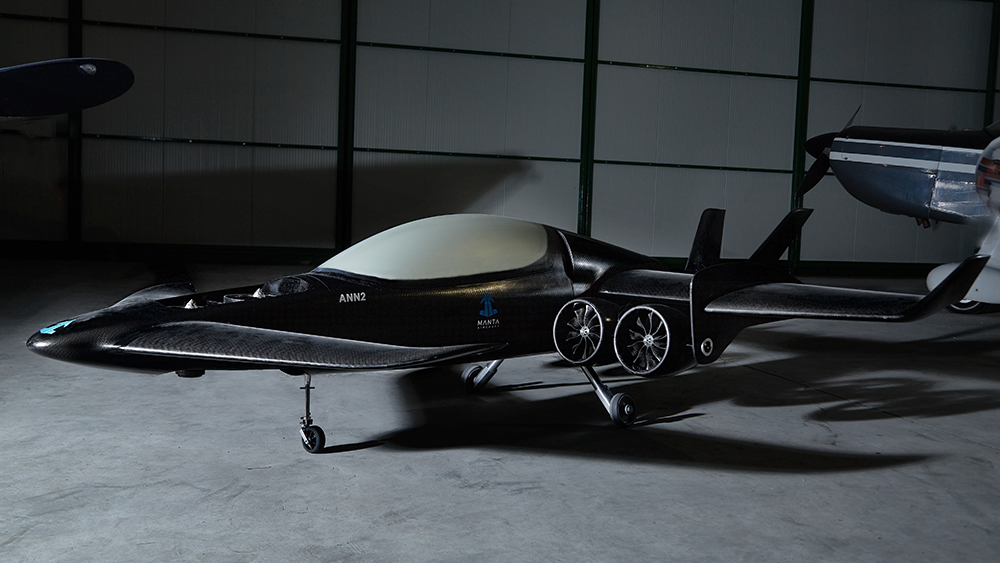 Short-takeoff and-landing (STOL) aircraft have been around since the 1930s, most recognizably as the type of fat-tired, propeller-driven planes flown by bush pilots into remote areas. But for a new, electrified generation of STOL aircraft, short-field landing spots might soon include urban rooftops as well as the Alaskan tundra.

“You can have 16 electric motors across the aircraft to make it super-efficient, something you couldn’t do with piston or turbine engines.”

Ausman says Airflow’s design, with its Virtual Tailhook system, will need only 150 feet for takeoff, half the length of a typical 300-foot runway. That puts some skyscraper roofs and harbor piers in play as potential airstrips. To test its designs, the company is converting a Cessna 210 with new wings and eight electric motors. Airflow expects to launch a full-scale prototype within two years.

Meanwhile, Metro Hop plans to begin with a cargo plane before transitioning to high-end air limousines. According to CEO Bruno Mombrinie, the MIT engineer who designed the aircraft, the company will also build “a pilotless plane for two passengers” whenever regulations and autonomous technology allow.

Though both are emissions-free, such short-field aircraft will be more efficient than helicopter-like electric VTOL aircraft, which consume a disproportionate amount of battery power during vertical takeoffs and landings. Short-takeoff aircraft are expected to have significantly longer range and additional weight-carrying capacity at half the operating costs, though Ausman believes both types of aircraft will have their uses.

One downside of eSTOL aircraft is the intense g-forces generated when landing the aircraft in such short distances. To reduce strain on passengers, Metro Hop developed a system that applies a measured rolling stop to its landing gear. “By controlling the rate of change of speed, we will limit the forces exerted on passengers to 0.3 g’s per second, similar to that of an elevator slowing down to a selected floor,” says Mombrinie.

In Switzerland, Manta Aircraft is already building a second prototype, at one-third scale, of its two-person Ann2 Speeder aircraft, which combines combustion engines with an electrical power system. “We’ll complete the full-scale prototype later this year,” says CEO Lucas Marchesini, an aeronautical engineer with a background in Formula 1 racing.

A four-person Manta is already on the drawing board and may look just as sleek and fast as the Ann2. “The two-seater will be like a Porsche 911,” says Marchesini, “and the four-seater will be the Porsche Cayenne” SUV. Both would look at home cruising across a modern city skyscape.