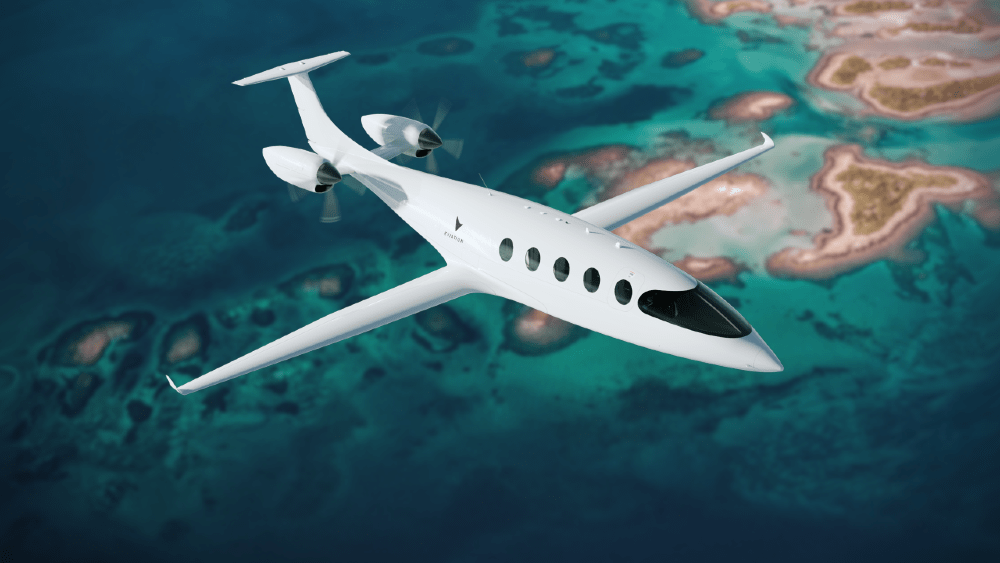 Eviation released the exterior design and end-of-year flight plans for Alice last summer, but has just released images of its new executive interior. The electric aircraft has undergone quite a transformation since it was first unveiled three years ago. But the executive interior pushes it squarely into the business-jet world, competing with very-light jets like the HondaJet Elite and Cirrus Vision SF50.

The 6’4” width of the cabin, panoramic windows (16.5” x 22”) and large seats are executive material, but the cabin also has a galley, lavatory and closet. The seats each have a power outlet and USB slot. The company claims a best-in-class 100-cubic foot baggage compartment with a baggage allowance of 850 pounds—besides luggage, think bicycles, skis and golf equipment. Alice is configured for two crew members.

The big selling points, of course, are the electric engines. The company says Alice’s zero-carbon emission output and quiet ride will be major disrupters. “It’s thrilling to offer a glimpse into what business travel can and will look like in the very near-term,” said Eviation CEO Omer Bar-Yohay in a statement.

The aircraft is powered by two magni650 electric propulsion units from magnIX, with a fly-by-wire Honeywell avionics system. It will use current battery-cell technology, which Eviation says can be easily converted with future advances.

The downside, like most eVTOLs and electric aircraft, is its limited range of 440 nautical miles, compared to the HondaJet Elite’s 1,437 nautical miles. Its cruise speed of 217 knots is also significantly less than competitors. (HondaJet’s is 422 knots).

Eviation sees Alice as a short-haul regional aircraft, rather than a mid-range jet, boasting significantly lower operating costs. Alice will have a payload of 2,500 pounds. It will also come in commuter (with up to nine seats) and cargo versions.

Eviation said it is now taking orders for Alice and forecasts 2026 delivery dates.