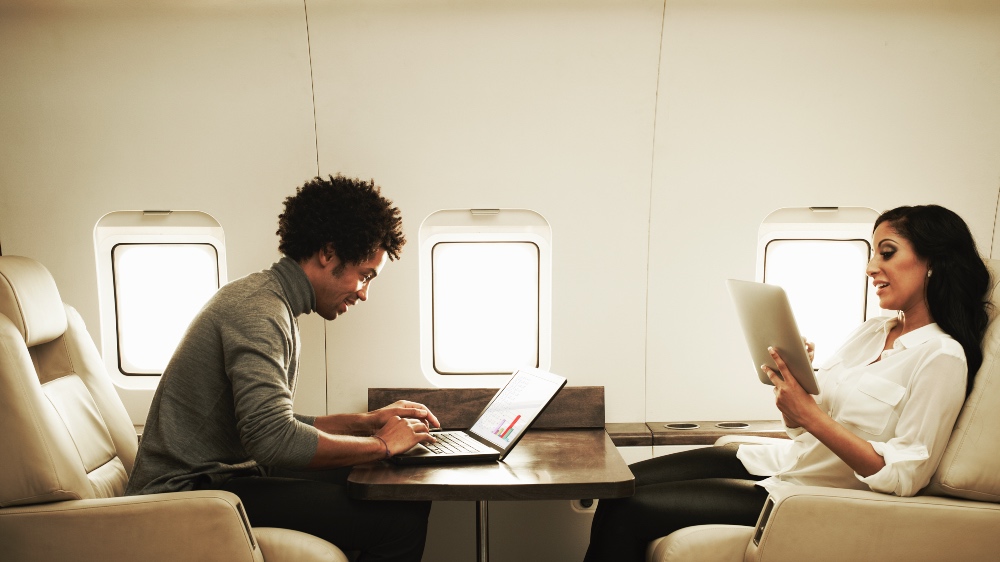 Getting fast internet while flying has been one of the most challenging hurdles of air travel—especially in private aviation, where CEOs and executives need to be able to work on the go. Well, Elon Musk and his company SpaceX now have a solution—fast, premium WiFi for almost anywhere you fly, whether it’s a short regional jaunt or cross-country haul.

SpaceX has rolled out its latest offering through its subsidiary Starlink Aviation to provide private jet owners with high-speed internet on air travel with its new monthly subscription model. Starlink can offer owners up to 350 Mbps of internet on each plane—strong enough for passengers to hop on a Zoom call and stream movies while in flight.

“Internet in airplanes will feel the same as if you were accessing the Internet at home!” wrote Musk on Twitter about the news. The service will use its growing satellite group that sits in low Earth orbit (LEO), allowing faster speeds than geostationary satellites (GEO). Private charter providers JSX and Hawaiian Airlines plan to provide Starlink on their aircraft when the service goes live. Musk announced in August that SpaceX was also teaming up with T-Mobile to offer users access to Starlink satellites for the internet beginning next year.

While buyers will have to subscribe to the monthly service, there is no long-term contract, so there is some flexibility and the hardware is covered under warranty as long as you are an active subscriber.

Despite the excitement around the new product, there are still downsides to the latest technology. One is that the small satellites have less capacity and may struggle to meet clients’ needs when the skies are crowded during rush hour. Because the technology is still in its early stages, it was turned down for subsidies by government regulators. Company executives say it still has a long way to go before the new technology can expand.

“There are a lot of challenges to get to where we want to be,” said Jonathan Hofeller, vice president of Starlink commercial sales, in an interview with Bloomberg. “It will take time for people to adopt the mentality that JSX and Starlink have.”

SpaceX received its official approval to move forward from the FCC for Starlink back in June and has shown no signs of slowing down.

Prices for the membership start at $12,500 per month and SpaceX is still taking reservations on its website, with $5,000 required at signup. There is also a one-time fee of $150,000 for a hardware install. The service is scheduled to go live in mid-2023.