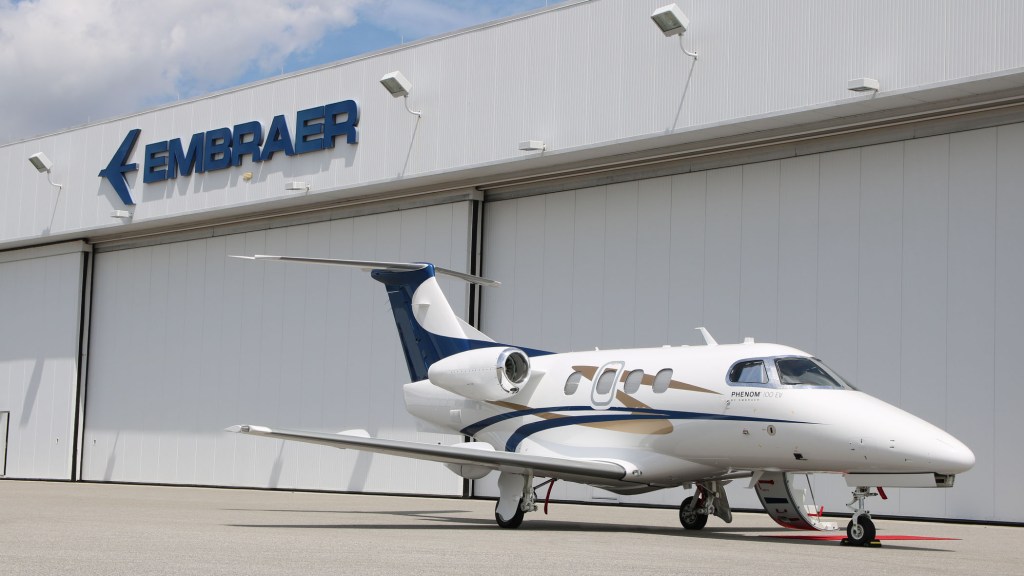 Embraer has delivered the first copy of its new Phenom 100EV, an updated version of the popular Phenom 100 entry-level twinjet. The new features in the 100EV focus on enhanced performance. A Prodigy Touch flight deck, featuring touchscreen avionics, is based on the popular Garmin G3000 suite. The flight deck was first introduced to Embraer’s jet line on the Phenom 300, and now is standard on the 100EV. It offers larger high-definition displays, split-screen capability, and a new weather radar. The cockpit is designed for single-pilot operations.

The 100EV’s engines have been upgraded to Pratt & Whitney Canada’s PW617F1-E model, offering more speed and a 15 percent boost in thrust, which helps the jet to excel during challenging operations, such as takeoffs in hot weather or at high-altitude airports. The extra power also adds more range and enables a faster rate of climb.

The cabin design also got a few tweaks, including relocated power outlets with USB chargers and a wider aisle. Embraer offers 11 cabin designs to choose from, with seating for five. Standard features include a refreshment center, an integrated air stair, the biggest baggage compartment in its class, and a private rear lavatory.