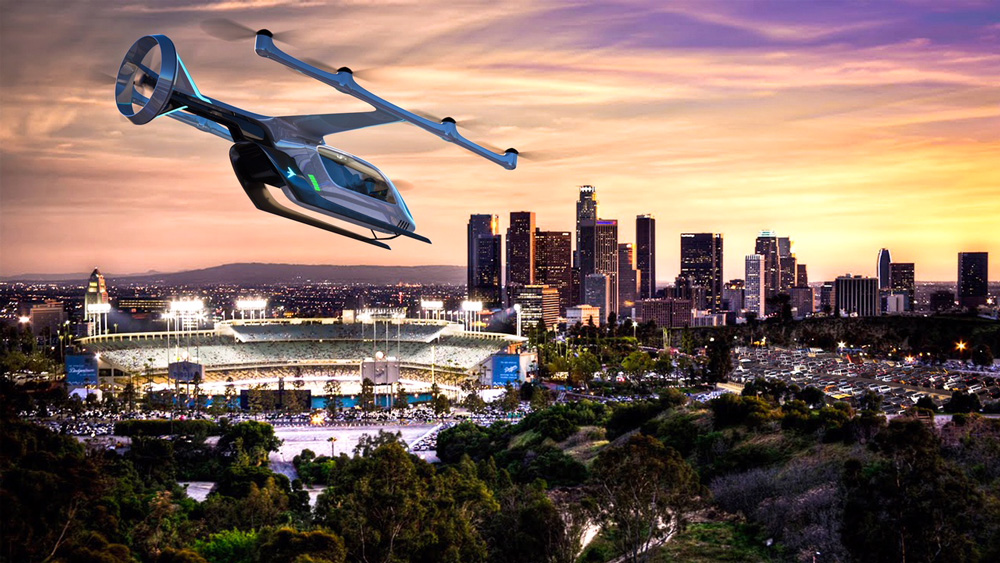 The second annual Uber Elevate Summit—a two-day event hosted by the ridesharing behemoth dedicated to exploring advances in urban flight technology—kicked off today in Los Angeles, giving attendees the first look at Embraer’s new electric vertical-takeoff-and-landing (VTOL) aircraft. Like the rest of Uber’s partners—including big aviation names like Bell Helicopter and Mooney—Embraer hopes its design will be adopted by Uber for its Elevate air taxi ecosystem, which Uber anticipates will be operating in a limited number of cities by 2020.

The futuristic aircraft (presented thus far only in renderings) was designed by Embraer X, a skunk works–like arm of the Brazilian air manufacturer dedicated to developing innovations in transportation. Created following the last Uber Elevate Summit—during which Embraer announced a partnership with Uber—Embraer X is based in Melbourne, Fla., but has outposts in Boston and Silicon Valley as well.

The new eVOTL design will utilize eight electric rotors divided between two struts mounted to either side of the aircraft. These vertically oriented rotors will allow the craft to take off and land like a helicopter, giving it the versatility it needs to be truly convenient for customers. Once in the air, forward propulsion is taken over by a large propeller engine mounted to the back of the aircraft (similar to the Kitty Hawk Cora). Since all of the motors onboard are electric, the Embraer X model should run quietly—an important requirement put forth by Uber to ensure that their air taxis don’t disturb the community. From the renderings, it looks like the current incarnation will seat four passengers and a pilot—though autonomous flight is the inevitable goal.

It is also worth keeping in mind that this is just one of the futuristic vehicles Embraer X is currently working on and may not be its only eVOTL concept in development. Although Uber holds a less than stellar reputation in many people’s eyes, the company is certainly putting its money where its mouth is when it comes to building a viable air taxi ecosystem, and it may just usher in a new age in commuting.