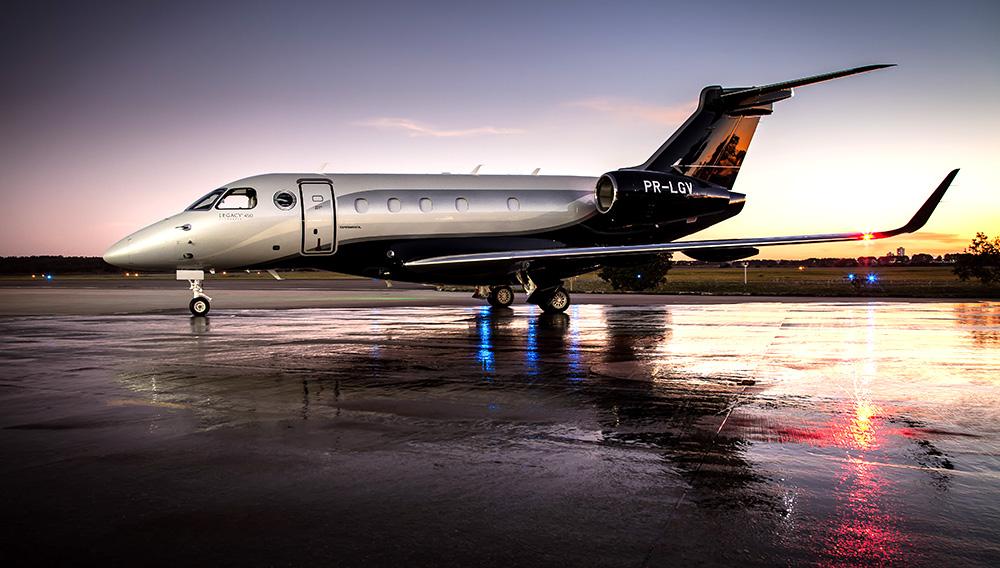 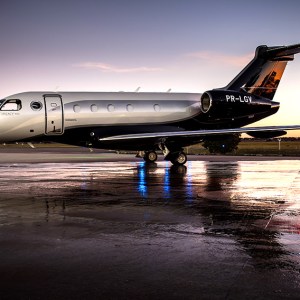 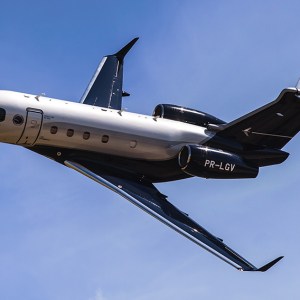 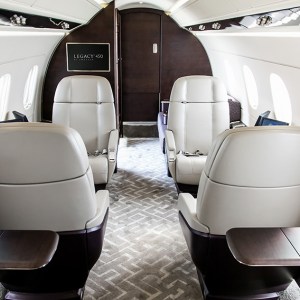 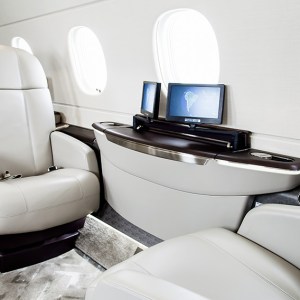 The Brazilian aircraft manufacturer Embraer has achieved U.S. certification for its Legacy 450 mid-light jet and expects to start deliveries later this year. (The jet has also received certification by European and Brazilian authorities.) The all-new design is the first jet in its class with full fly-by-wire technology and sidestick flight controls. The digital control system provides a smoother flight and better performance, while reducing pilot workload. The jet seats up to nine passengers in a comfortable flat-floored cabin that measures 6 feet tall by 6 feet, 10 inches wide.

The Embraer Legacy 450—which first flew in early 2014—has a top cruising speed beyond 540 mph and a range of up to 2,963 miles, long enough for nonstop flights between Boston and Los Angeles or Moscow and New Delhi. It is powered by two fuel-efficient Honeywell HTF7500E jet engines, and the cockpit is equipped with a Rockwell Collins Pro Line Fusion avionics suite with four 15-inch, high-resolution displays; synthetic vision; and an optional head-up display.

Though based in Brazil, Embraer operates a facility in Melbourne, Fla., that is currently undergoing expansion. Starting next year, it will operate the assembling, delivering, and servicing of all Legacy aircraft in the U.S. market—including the 450’s sister plane, the 12-passenger Legacy 500, which began deliveries late last year. The Legacy 450 is priced from around $16.57 million. (embraerexecutivejets.com)