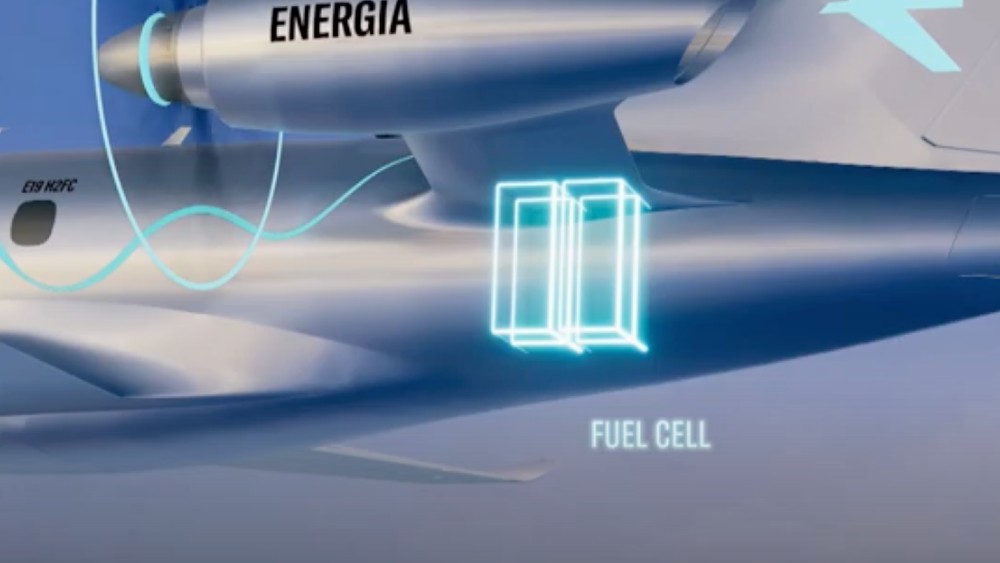 Embraer yesterday revealed four jets of the future. As part of its Energia initiative, the new jets will include 19- and 30-seat aircraft with hybrid-electric propulsion. Two other 19- and 30-seat jets will be powered by hydrogen-electric propulsion. The company announced its new Energia aircraft program a year ago as part a companywide path to reach net-zero emissions by 2050.

“We have set bold but realistic goals for these concepts to come to market,” said Arjan Meijer, president and CEO of Embraer Commercial Aviation during the webinar. “Since we announced our Energia concepts last year, we’ve been busy evaluating different architectures and propulsion systems. Smaller aircraft platforms will be produced first because we can apply these new technologies faster than on the larger aircraft.”

Beyond using new technologies, the company also needs to ensure that the aircraft can fly at 30,000 feet in temperatures of -60 degrees Celsius (-76 degrees Fahrenheit). The hybrid-electric aircraft are expected to come online in the early 2030s while the hydrogen-electric aircraft should be in service by 2035.

The company is also focusing on smaller aircraft with 200-mile ranges because of the fast growth of regional air travel. It has employed lessons from its business-jet division to make the commercial jets much more comfortable inside.

Both aircraft types will have rear-mounted engines. The fuel-cell-powered jets will have longer wings to protect the propellers and fuel cells as well as exchangers to dissipate heat from the hydrogen fuel cells.

“We’re designing workhorses for aviation,” said Raphael Gama Ribeiro, Embraer’s head of product development, “not just a jet that will reduce emissions.” The executives stressed several times that the new aircraft will present a “strong business case” for real-world commercial flight. The company has established an Energia Advisory Group that includes airline executives.

“While the challenges of net-zero are significant, in less than 25 years our commercial aircraft have already reduced fuel burn and carbon emissions by almost 50 percent on a seat/mile basis, using only conventional fuels and propulsion,” said Luis Carlos Affonso, SVP of Embraer’s engineering, technology and corporate strategy. “I’m convinced net-zero is a goal we can reach.”

Airbus also announced a series of sustainability initiatives last week, including partnering with Neste, a company that produces sustainable aviation fuel (SAF), to help increase production and availability of SAF across the aerospace industry. The French conglomerate also announced a partnership with the Renault Group to advanced their respective electrification strategies to “mature technologies associated with future hybrid-electric aircraft.” Airbus aid it would be working with Safran on liquid-hydrogen technology by building the world’s first hydrogen refueling station at Toulouse, Blagnac Airport.

The company also revealed a hydrogen-powered fuel cell engine that will begin flight tests in the next two years. “We are focused on developing this technology to understand if it is feasiblefor a 2035 entry-into-service of a zero-emission aircraft,” said Glenn Llewellyn, VP Zero-Emission Aircraft, Airbus. “If the technology targets were achieved, fuel cell engines may be able to power a 100-passenger aircraft with a range of approximately 1,000 nautical miles.”