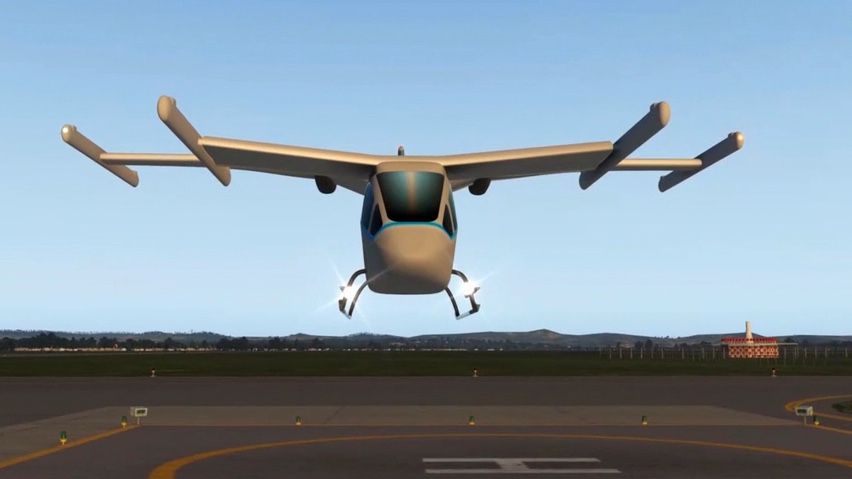 EmbraerX, the experimental aircraft division of the business jet maker, made its first flight—of sorts—in an electric virtual takeoff and landing aircraft. The flight took place in the company’s flight simulator in its headquarters in São José dos Campos, Brazil. On the video, the test pilot Gerson de Oliveira said it went very well. “I had two inceptors to control the aircraft,” he said. “It was as simple as that, as friendly as that, and the flight was absolutely easy to perform.”

Embraer has used flight simulators as a critical step in testing its new business jets. The aircraft manufacturer sees the emerging field of urban air mobility as a step change in aviation and has vowed to be an “early adopter.”

“We are committed to being a partner to the early adopters in the Urban Air Mobility industry, and we believe our vision is the safest method for allowing this industry to scale,” David Rottblatt, project leader for EmbraerX’s Urban Air Traffic Management project, told Robb Report.

The test pilot said the design of the eVTOL and its fly-by-wire controls made the flight “absolutely easy to perform.”

The safest method is using the simulator, which is programmed to fly the company’s test eVTOL, “in a real operating environment,” according to Rottblatt, adding that “it incorporates realistic flight conditions and flight-control parameters as well as certifiable control laws.” That will help accelerate product development.

The simulator also provides a man-machine interface that allows the pilot to experience the aircraft, while incorporating fly-by-wire flight controls that make the aircraft easier to fly. The flight program was co-created by both experienced and novice pilots.

EmbraerX has also been heavily involved with creating what it calls Flight plan 2030, which is essentially a new paradigm for air-traffic management. It was developed for the next decade as potentially thousands of new eVTOL aircraft fly above urban and rural areas. Its white paper is designed to serve as a “gateway to growth” for the urban air mobility revolution that EmbraerX and others see coming.

EmbraerX is not just involved with designing and manufacturing aircraft. The company is also working on a project with a much larger scope called Flight Plan 2030. It will allow thousands of eVTOL aircraft to be incorporated into a new air-traffic control system.  EmbraerX

“While it is popular to focus on eVTOL designs and technologies, our priority is always to build experiences to satisfy society’s and people’s real needs and to make sure that the human experience is always at the core of what we do,” said Antonio Campello, CEO of EmbraerX, last year. “When will we see eVTOLs flying about and changing people’s lives? Much sooner than you think.”