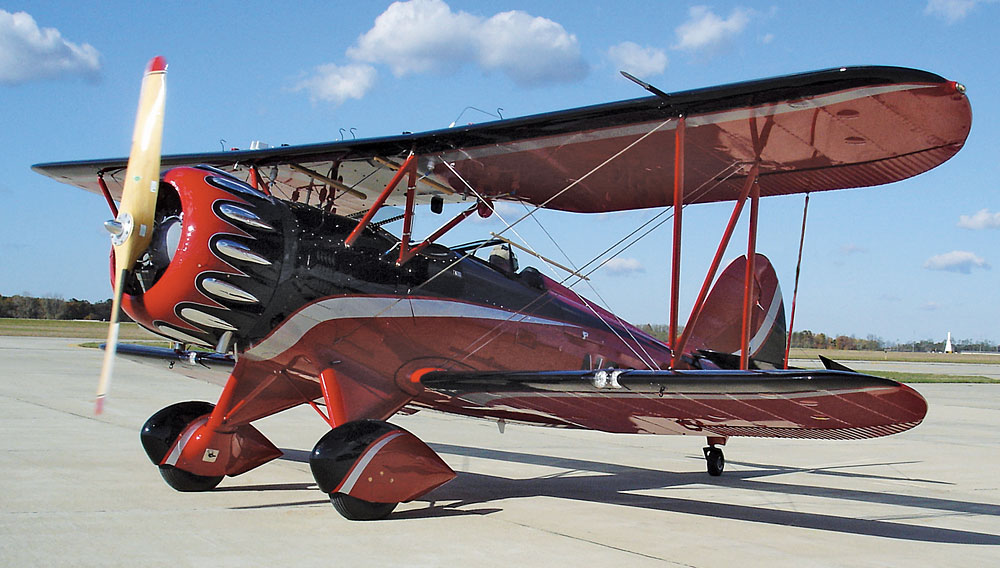 Between World War I and World War II, the Waco Aircraft Co. of Troy, Ohio, specialized in civilian biplanes, which became a popular means of transportation for traveling businessmen, the postal service, and those with a penchant for exploration. In fact, it is believed that during the years between those two wars, Waco had more civilian planes registered than any other manufacturer. The final open-cockpit model that the company produced for the barnstorming pilots of the 1930s, the Waco YMF, is considered by many to be the jewel of the company’s fleet. However, Waco, like many aviation companies of that era, closed its doors in 1947 when the expected aviation boom following World War II never developed.

In the early 1980s, Dick Kettles, a Cessna dealer in the Midwest, desperately wanted to own a vintage YMF, but with only a handful of airworthy models in existence (and none in the possession of an owner who was willing to sell), Kettles did the next-best thing. He built one. As Kettles worked to reengineer the plane to modern safety standards, word spread of his project and soon other civilian pilots were approaching Kettles with requests for a YMF of their own. Recognizing his endeavor as a viable business opportunity, Kettles launched the Classic Aircraft Corp., which soon rejuvenated the defunct Waco brand.

These days the Waco Aircraft Co. (www.wacoclassic.com) is run by the father-son team of Peter and Jon Bowers, and their YMF incorporates many examples of modern avionics technology, from satellite data weather programs to satellite telephone systems. “We offer that technology because it’s what our customers expect and it’s similar to what’s in the business jets and the other planes that they’re used to flying,” says the elder Bowers.

The end result is a classic biplane built to modern aviation standards that costs just north of $420,000. Eager pilots can expect delivery about six months after placing an order, though Bowers says they must have patience not only during the build cycle, but also while flying the plane. A Waco YMF will take its pilot and passenger where they want to go, but because it can traverse only 110 miles an hour, the plane, as Bowers notes, is not for those seeking expedient travel. “You can’t be in a hurry,” he says. “You have to be ready to leave your life for a little bit.”

The YMF’s greatest attribute is one that cannot be seen. It’s something that is felt by the pilots and passengers, Bowers explains. A Waco is designed to fly at low altitudes, which means a pilot who swoops low over farmlands can smell the crops and feels the moisture on his face when he flies through the clouds. “From the back cockpit in this airplane, you have a fabulous view up and down and all around you,” Bowers says. “There’s no piece of glass or plastic between you and the outside world, so you’re much more connected to what’s going on. It’s such a visceral experience. From a flying point of view, the sensory inputs are magnitudes greater than many other airplanes.”