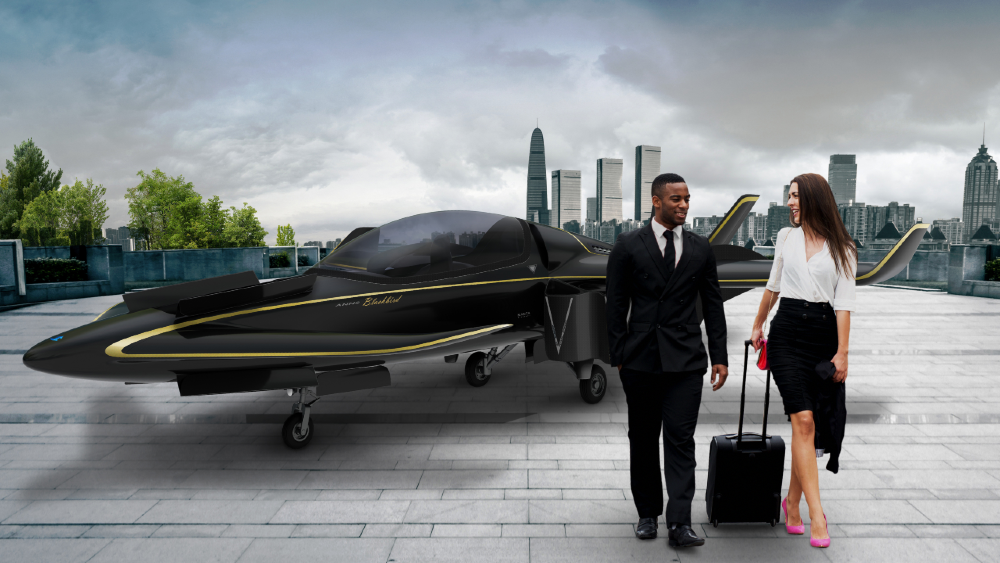 Swiss manufacturer Manta has created a twist on traditional eVTOL aircraft, which are designed to ascend and descend like helicopters. Its single-seat ANN1 and double-seat Ann2 are actually eSTOLs—the S stands for “short-area”—that execute vertical takeoffs and landings, but they can also land like conventional aircraft on runways as short as 100 yards.

The advantages of the new design include increased range and payload, since using even a very short runway consumes a lot less battery power than going vertical. The ANNs also have small fuel-driven generators that create electricity to keep the batteries topped up longer and make for faster recharging.

Beyond increased range, they’re probably the most fun of any of the new electric aircraft since they’re also designed for joy riding. The lightweight carbon composite frame and dual-wing, V-tail design generate more speed, while enhancing climb performance and maneuverability.

With vertical takeoff and landing capabilities, as well as being able to land like a traditional airplane, the two-seater would work well as a shuttle for a superyacht.  Courtesy Manta

Four ducted electric fans attached to the wings tilt to direct the thrust and recent tests on a ten-foot-long scale model show they’ll push the new Mantas to a 186-mph cruising speed with a range of 373 miles.

The single-seat ANN1 in particular was designed for extreme performance and aimed at “personal mobility,” with the company describing it as a “racer craft.” That’s rare in the eVTOL world, where these futuristic craft start with commercial aims, whether regional transportation or air-taxi service. Usually, the idea of individual ownership is a distant consideration.

While Manta does foresee practical uses for its eVTOLs, including environmental, police, EMT and search-and-rescue operations, its sleek, black ANN2 looks like it would make an exceptional executive commuter aircraft. It also also envisages other models that could serve as shuttle craft between superyachts and shoreside landing spots.

Manta looks forward to a world where flying aces can take to the skies in an electricity-driven twirl through the clouds.