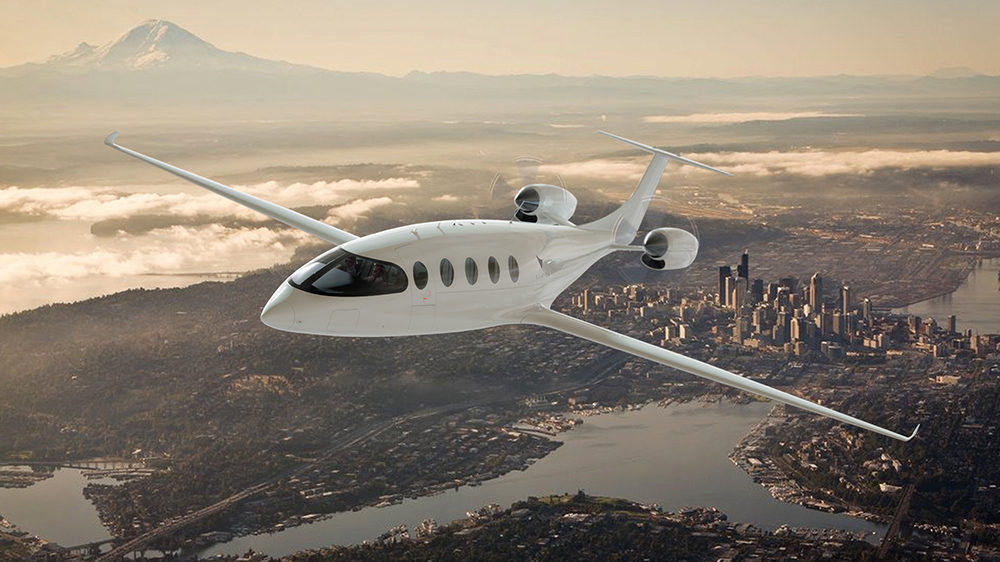 The Washington-based startup says its debut aircraft, the Alice, could make its maiden flight before the year is out. In fact, the company is so confident in the battery-powered commuter jet that it expects it to be in operation by 2024.

The just-unveiled production version of the Alice looks quite a bit different from the plane Eviation first showed off back in 2018. The zero-emission prototype had a very clear science fiction-inspired look, but the final version will sport a more refined and traditional fixed-wing design. That’s not the only change, either. The Alice now has just two propellers, both mounted on the tail, as opposed to the three its prototype was outfitted with, which were located at the rear and at the end of each wing.

Despite these changes, the Alice will still have room for nine passengers, not including the two seats in the cockpit for the pilot and co-pilot. That will put the plane firmly in the commuter and business class when it’s finally ready for operation. Each propeller is powered by a magni650 electric motor by magniX, according to a press release. It will also feature a fly-by-wire system from Honeywell, which will afford the pilot improved controls.

Eviation says the Alice will have a top speed of 253 miles per hour and a range of 440 nautical miles, which works out to about 506 miles. That means the plane should be able to easily make the trip between Los Angeles and San Francisco on a single charge. Anyone paying attention to electric vehicle announcements is probably used to outlandish power and range claims, but Alice’s numbers should actually be attainable. That’s because its high-density battery system uses currently available cells.

“Sharing our production Alice design is a special day for Eviation and our partners. It also represents a final step in our iterative journey toward Alice’s first flight,” CEO Omer Bar-Yohay said in a statement. “Electric aviation will continue to open up new possibilities for affordable, sustainable regional travel around the world. Alice is poised to turn that possibility into reality soon.”

Alice may not be ready for flight just yet, but Eviation is confident its first plane is just about there. The company expects the aircraft will attain all necessary certifications and will be ready to go into operation in 2024. Electric flight for commuters has never been so close.