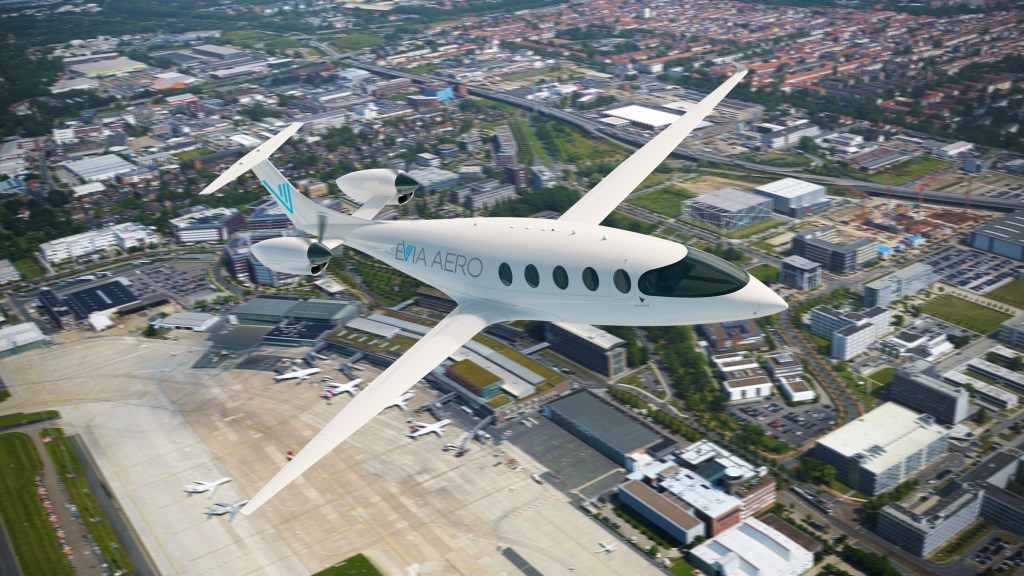 Eviation’s Alice may be whisper quiet, but the electric plane is certainly making a lot of noise in the industry.

Case in point: Evia Aero wants to buy a whole fleet even though the aircraft isn’t expected to hit the skies until 2024. The German airline has signed a letter of intent to purchase 25 zero-emission aircraft. The deal comes after Alice took its first flight last month.

Evia is a relatively new name in the industry, but the airline is championing a more sustainable approach to flying. To that end, it intends to use the battery-powered commuter jet on regional routes throughout Europe. Alice will eventually travel between Germany, Belgium, Austria, Denmark and the Netherlands. On top of that, the company says it will create an “electric aviation ecosystem” in which photovoltaic power plants will be used to generate electricity regionally.

Alice’s power, meanwhile, comes from two magni650 electric propulsion units. The aircraft has a traditional fixed-wing design with a pair of propellers by the tail. She will have a top speed of 260 knots and a range of up to 250 nautical miles on a single charge, according to Eviation.

In the cabin, Alice offers enough room for nine passengers, plus two seats in the cockpit for the pilot and co-pilot. As a result, the plane sits comfortably in the commuter class. The hope is that Alice will connect regional communities while reducing the amount of ground traffic and congestion.

“The creation of an all-electric European commuter fleet of Alice aircraft will advance an economically, environmentally and socially sustainable future of flight,” Eviation’s president and CEO Gregory Davis said in a statement. “Evia Aero further showcases the commitment of German-based companies to revolutionize air travel.”

Eviation certainly isn’t the only company with an electric plane on the horizon. Rolls-Royce and Diamond Aircraft also have designs waiting in the wings. The order from Evia does, however, show that Alice is capable of creating hype, even if she flies silently.