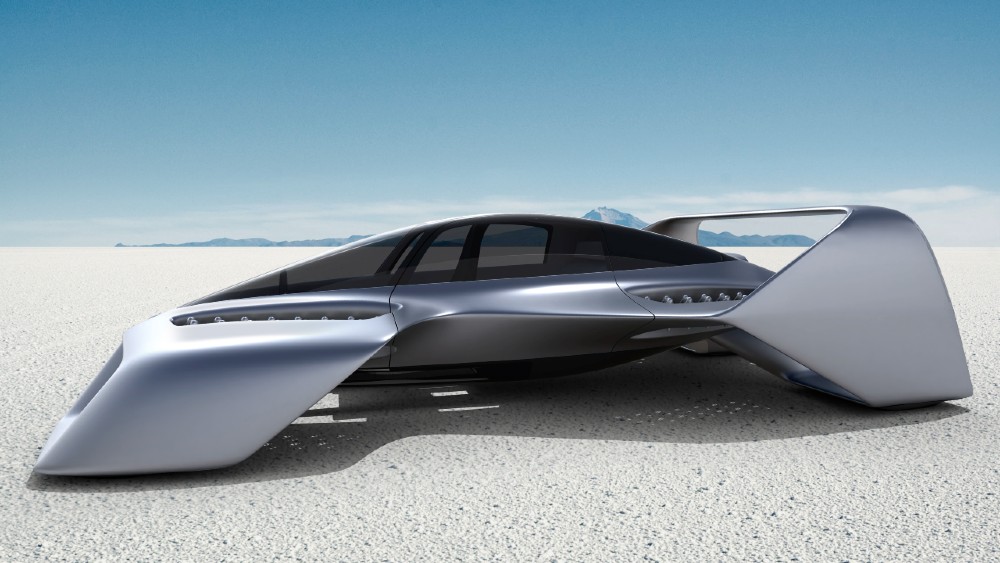 The great eVTOL debate often boils down to whether the aircraft is more like a helicopter or a plane. The first provides easier lift and hover, while the second offers greater speed and efficiency in forward flight. Multiple designs have tried to find some perfect balance between the two. Then there’s the Leo Coupe.

A new concept from Urban eVTOL, the Leo isn’t concerned about copter v. jet—it wants to be like a car. It measures 20 feet by 10 feet, meaning it will fit in most two-car garages. And it has an automotive-style interior, with an easy-to-learn semi-autonomous fly-by-wire control system.

“We set out to create a safe and compact vehicle that operates simply and feels intuitive to a culture accustomed to automobiles,” Urban eVTOL co-founder Carlos Salaff told Robb Report. Salaff started his career as an automotive designer. “The scale of our vehicle is more akin to a car than an airplane.”

Leo’s limo-like interior has seats for passengers, with a pilot seat in front.  Courtesy Urban eVTOL

The car-like qualities are far from the only innovations. Propulsion comes via a unique electric jetpack design built by co-founder Pete Bitar’s Electric Jet Aircraft. The system uses five clusters of electrically powered jet turbines. Four of the clusters provide lift and the fifth pushes the Leo forward.

Each cluster works in unison to emulate a single rotor, but the multiple jets per cluster provide safety through redundancy. The turbines’ rotors are housed within the craft’s body, which provides additional safety. Plus it looks pretty damn cool. The system has performed well in tethered test flight and Urban Evtol projects a top speed of 250 mph with one hour of flight time.

“We do not have exposed propeller blades that could cause harm to people and property,” Salaff says. “This enables us to reach more service areas with a more compact network of landing hubs.”

The $300,000 price is lower than most aircraft in the eVTOL world.  Courtesy Urban eVTOL

The interior holds three people, but the most interesting number may be the price tag: $300,000.

“Our pricing target is comparably low in the eVTOL space,” adds Salaff. “This will bring down ridesharing costs and make this form of travel more accessible.”

Sounds good, but don’t start sending Venmo payments yet. Salaff says the plan calls for experimental certification in 2023 and full arrival on the market in 2026.