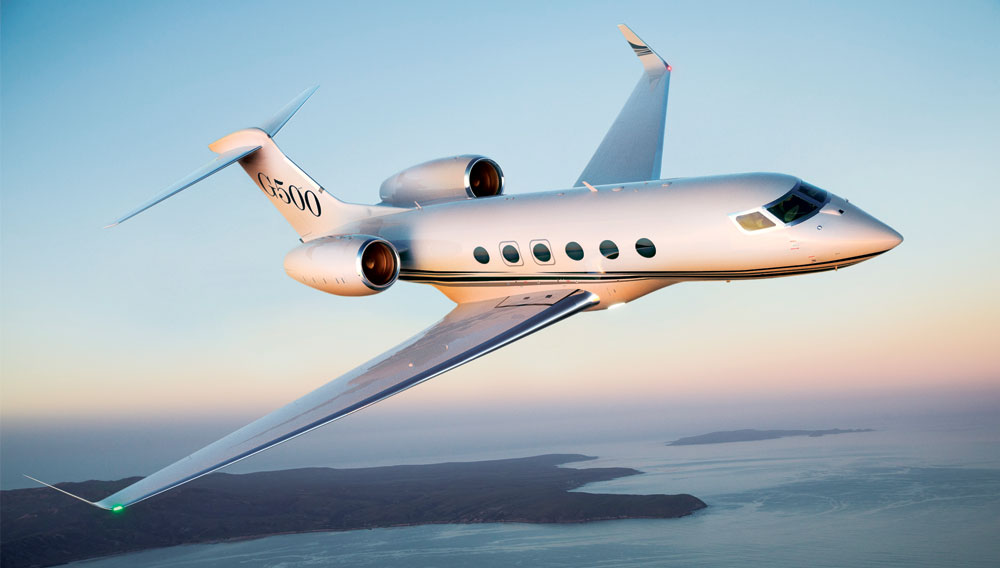 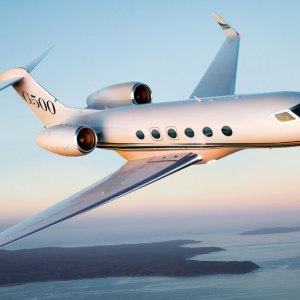 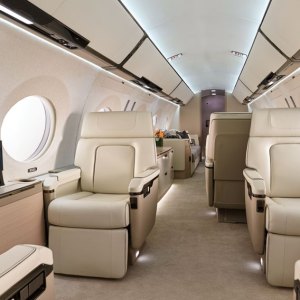 Gulfstream adds the forthcoming G500 and G600 to its long-range offerings.

At the end of 2014, Gulfstream began deliveries of its G650ER, which, with a range of 8,631 miles under certain conditions, flies nonstop farther than any other business jet—including Gulfstream’s own G650, the former distance champion. But not all travelers looking to get from one continent to another quickly and comfortably require an aircraft with record-breaking range. For them, Gulfstream has announced two new, less-expensive alternatives to its $66.5 million flagship model.

The first of these jets is the G500, which is priced at $43.5 million and expected to enter service in 2018. Gulfstream has a finished flight-test model and plans to fly it for the first time this year. The G500 will have a range of nearly 4,400 miles while traveling at 594 mph (Mach 0.9). “You can leave New York, moving at nine-tenths the speed of sound, and still fly well into Europe nonstop,” says Steve Cass, the company’s vice president of communications. When flying at its normal cruising speed of 562 mph (Mach 0.85), the jet will have a range of 5,754 miles.

Cass says that Gulfstream developed the G500 and G600 in response to customer requests for an aircraft that was faster and larger than the G450 and G550. He adds that the new jets are an expansion of the company’s lineup and will not replace any current models. Cass says that by offering a variety of long-range aircraft, Gulfstream will enable its customers to select a jet that best suits their travel requirements. “People aren’t always gravitating to the most expensive plane with the most capability,” he says. “They want something that fits their mission.”

The G600 exists now as a nearly 70-foot-long interior mock-up, which the company brought to the National Business Aviation Association show in Orlando, Fla., in October. Priced at $54.5 million, the aircraft is expected to have far greater range than the G500: 7,135 miles when traveling at 562 mph and 5,524 miles at 594 mph. It will be able to fly nonstop from New York to Dubai and from Cape Town to Moscow. Like the G500, the G600 will have a top speed of 610 mph (Mach 0.925) and be powered by a version of the new Pratt & Whitney Canada PW800 series engine. Gulfstream projects that the G600 will make its first flight in 2016 and enter service in 2019.

The cabins of both new aircraft will have many of the features that Gulfstream introduced with the G650, including oversize oval windows, improved soundproofing, refreshed air every 90 seconds, and pressurization that makes it feel as though the plane is flying at only 4,850 feet. Both cabins will be 7 feet 11 inches wide and 6 feet 4 inches tall, and they will include forward and aft lavatories, a full galley, and 175 cubic feet of baggage space.

The G500’s cabin is 41 feet 6 inches long and has three seating areas; the G600’s cabin will be 3 feet 8 inches longer and include four seating areas. Both aircraft will be able to carry as many as 19 passengers, depending on the cabin configuration. When it was unveiled in October at Gulfstream’s headquarters in Savannah, Ga., the G600 mock-up was flanked by two mini mock-ups. One showed how the fourth zone could be designed as sleeping quarters, and the other presented this zone with a curved couch facing a large video screen.

Just after it introduced the new jets, Gulfstream announced that the fractional provider Flexjet will take delivery of the first G500s off the production line.