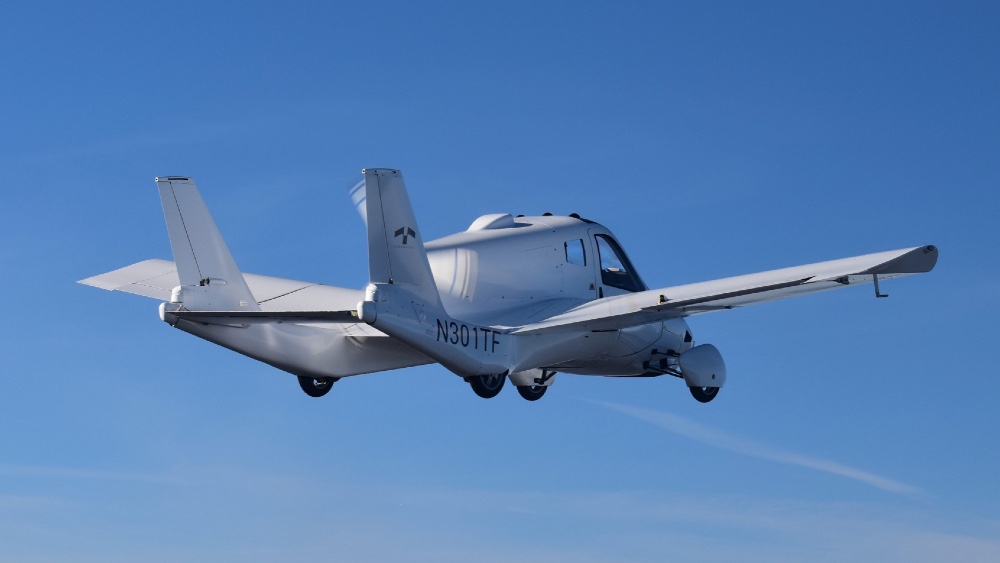 The Jetsons promised us flying cars, and now that fantasy is one step closer to becoming reality.

The Federal Aviation Administration (FAA) has awarded Terrafugia’s Transition “roadable aircraft” a Special Light-Sport Aircraft airworthiness certificate. Based in Massachusetts, Terrafugia called the certificate issuance a “significant milestone” for its eventual use in both the air and on the street. The two-seat flying car will need to meet safety standards from the FAA and the National Highway and Traffic Safety Administration (NHTSA).

Kevin Colburn, general manager of Terrafugia, said the company was “excited” to obtain the FAA certificate. He added that the group improved the Transition’s quality system, completed the critical design aspects, and built the vehicle. Terrafugia also delivered 150 technical documents to pass the FAA audit. “This is a major accomplishment that builds momentum in executing our mission to deliver the world’s first practical flying car,” he said.

The Transition, in airplane mode, will now be for sale for pilots and flight schools, but the driving side of its persona won’t be completed for another year. Colburn said the goal was to have the complete version legal in both the sky and on the roads in 2022.

The Terrafugia’s 27-foot-wide wingspan folds up nicely to fit into a single-car garage.  Courtesy Terrafugia

In aircraft mode, the Transition has enhanced safety capabilities, along with the latest avionics. Powered by a 100 hp Rotax 912iS Sport fuel-injected engine, Terrafugia says the aircraft has a flight speed of 100 mph. It will run on either premium gasoline or 100LL airplane fuel.

Standard features include a Dynon Skyview avionics package, a BRS airframe parachute, four-wheel hydraulic disc brakes, air bags, a rigid carbon-fiber safety cage that meets automotive standards, and folding wings so the Transition can be parked in a single-car garage. It also has a luxury interior, with leather seats. The dashboard has a shift that goes from Park to Drive, and then to Fly, for aircraft mode. The car version will be powered by a hybrid-electric motor.

The Transition will require a Sport Pilot certificate and driver’s license to operate.