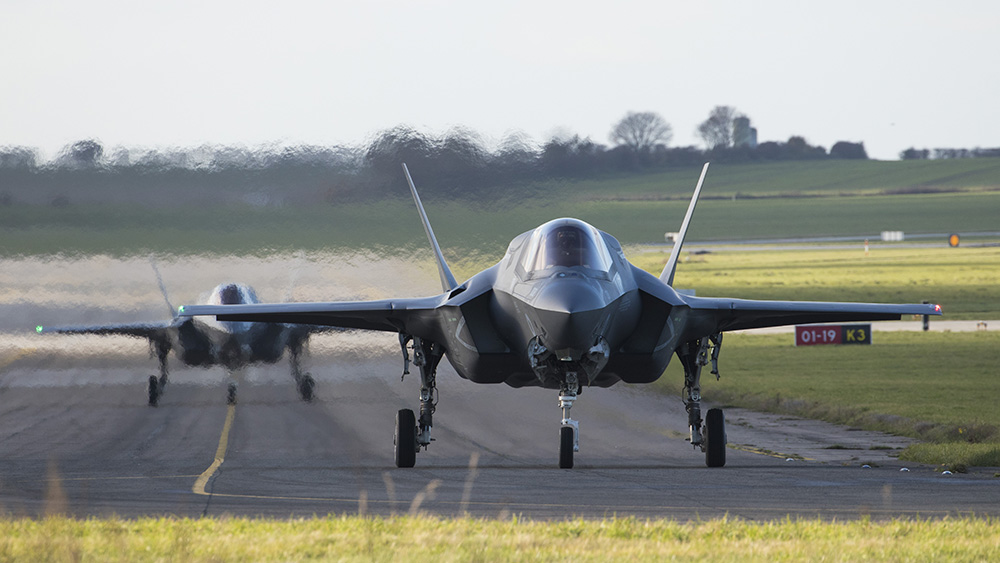 Ready to unleash your inner Maverick? Fighter Jet Simulator can help with that.

The UK outfit, which is based at an airfield in Cambridgeshire, has just unveiled a new sim package based on the record-breaking blockbuster Top Gun: Maverick. The hands-on experience allows aviation buffs to virtually fly a fighter jet and carry out top-secret missions like Pete “Maverick” Mitchell.

“Having watched the epic adventures of Maverick and Rooster, we wanted to know how it would feel to actually fly those missions,” Fighter Jet Simulator’s Adam Clements told Robb Report. “So, using our state-of-the-art simulator, we carefully recreated the experiences to be as realistic as possible while still following the Hollywood story.”

The hour-long adventure is split into two separate missions that were both inspired by the movie. To keep things as authentic as possible, you’ll sit in a replica of an F-35B Lightning II fighter jet cockpit that is similar to the stealth F-18 Maverick pilots. It includes HOTAS (Hands On Throttle and Stick) flight controls, a 22-inch touchscreen panel, landing gear and SVTOL (Short Take-Off and Vertical Landing) controls.

The rig is equipped with three 1080p projectors that cast high-definition images onto a curved screen to keep you fully immersed. It also uses Lockheed Martin’s own aviation software for the F-35 flight dynamics, VRS TackPac for weapon systems and Orbx to create the ultra-realistic scenery. Although this simulator is static and doesn’t feature a movable platform like some commercial models, it does incorporate transducers that make it feel like you’re flying.

“All aspects of the fighter jet have been carefully recreated to allow you to fly and fight the aircraft as if you were in the real thing,” Clements adds.

The first mission, titled Maverick Sidewinder, is a training session that gives fliers an opportunity to practice before upping the ante. The simulation starts at the China Lake NAWS air base where Top Gun: Maverick was shot and then takes you to Lake Isabella. In the same “sidewinder” valley that was seen on the big screen, you’ll practice low-level flying and try to avoid enemy radar before taking out a target.

The second mission, dubbed Maverick Dagger One, sees you take off from an aircraft carrier, proceed into enemy territory and attack a uranium plant before dogfighting your way back to the carrier. (You only get one shot at this, so stay focused.) If this sounds a little familiar, it’s because Maverick Dagger One mirrors the dramatic final mission in Joseph Kosinski’s summer hit. You’ll even attempt a “hover landing,” which is the F-35B’s party trick.

The experience would normally set you back $117 (£99), but the company is kindly offering Robb Report readers a 20 percent discount. Simply enter “ROBB20” at the checkout.