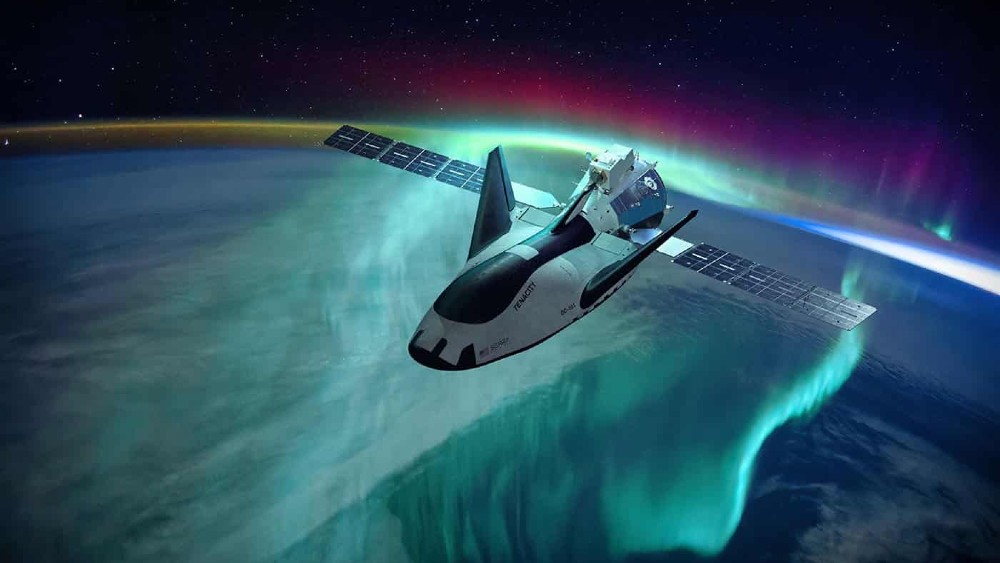 Reservations for the Blue Dot, a restaurant named for its view 250 miles above Earth, open at the end of the decade.

More than half a century after man landed on the moon, Jeff Bezos’ Blue Origin is teaming up with Sierra Space, several Amazon divisions and a half-dozen other companies and universities to launch the first commercial economy in space—a “mixed-use business park” called Orbital Reef with a hotel, restaurant and R&D outposts for companies testing products in microgravity.

The early colonizers of Low Earth Orbit—that’s the layer between Earth’s atmosphere and Deep Space—are slated to arrive on the Dream Chaser, a supersonic spaceplane developed by Colorado-based aerospace company Sierra Space. Together, Blue Origin and Sierra Space plan to open Orbital Reef in 2027, aspiring to become the largest real estate developer in space.

“We’re at the doorstep of the Orbital Age,” said Sierra Space CEO Tom Vice. “The next generation of breakthrough products that we invent in space will change everything about what we do here on Earth.”

Vice, who grew up watching the Apollo program to become president of Northrop Grumman’s aerospace systems division, calls it a chapter akin to the advent of the Industrial Revolution or the Information Age.

“We first have to get good at building commercial economies in low earth orbit,” said Vice. “Then we’ll move to the lunar surface, 250,000 miles away, before we can figure out how to live on a planet that’s 35 million miles away.”

Last year, NASA awarded Sierra Space a $3 billion contract to supply the International Space Station with cargo and crew. The first of seven missions is scheduled to launch on a Vulcan Centaur rocket from Florida’s Cape Canaveral in 2023. Dream Chaser’s first manned mission is scheduled to depart three years later.

Dream Chaser, which can be re-used roughly 15 times, can carry up to 12,000 pounds of cargo, or a dozen passengers. It’s compact, with a short wingspan and total length of 30 feet. By comparison, the NASA space shuttle retired in 2011 measures four times longer.

Its small stature belies its most striking feature: LIFE (Large Integrated Flexible Environment) habitat, an inflatable structure that attaches to the back of the spaceplane and expands in orbit into globular living quarters measuring 27 feet in diameter, the equivalent of a three-story building. The soft material can deflect the impact of meteors and other space debris better than titanium or Kevlar.

The spacecraft’s compact footprint enables a key breakthrough: the ability to land horizontally on any commercial runway that can accommodate a Boeing 747 or Airbus A380. Sierra Space is currently building a network of spaceports that includes New Mexico’s Spaceport America as well as facilities in Oita, Japan, and Cornwall, England. The long-term goal is to land on commercial runways at airports worldwide. Dream Chaser already has FAA approval to land at Alabama’s Huntsville International Airport.

Depending upon its location, Orbital Reef is roughly three days from Earth. The commercial applications Sierra Space expects companies to develop there range from the 3D printing human organs to space-based materials for clothing. Each day, the researchers will dine at the Blue Dot, digesting the galactic views.