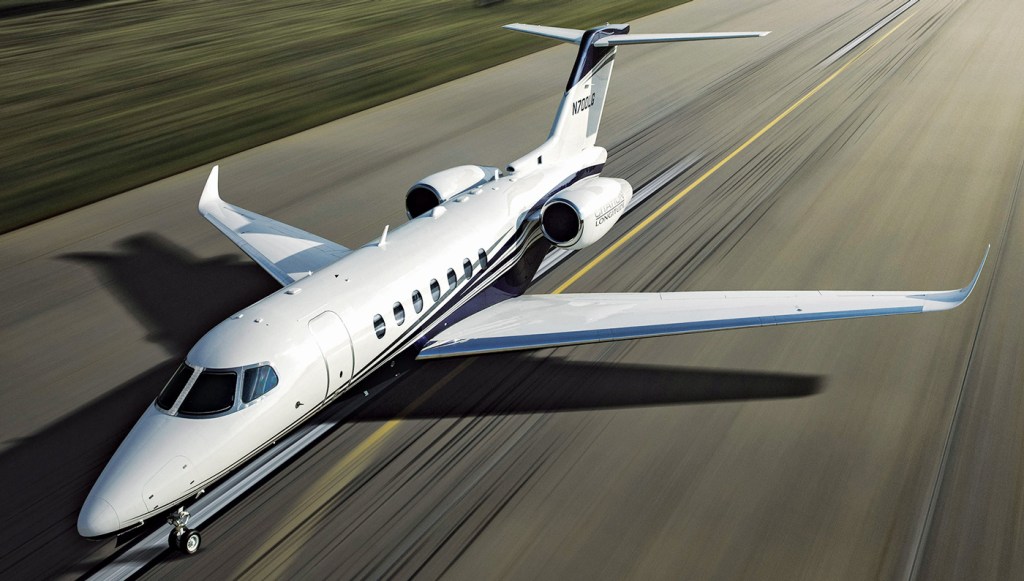 You’ve decided to buy an airplane instead of continuing to use charter services. Now what?  The market offers an overwhelming number of choices in new aircraft models, each with its own set of variables to consider, including speed, range, cabin amenities, seating options, and overhead costs. When buying a pre-owned aircraft, you have those factors plus many more to consider, such as the plane’s vintage, its maintenance history, its possible need of major repairs and refurbishment, and its cost relative to others of its kind on the market. The task of choosing the right plane may be daunting, but it’s only the starting point in a long process that can be fraught with pitfalls.

The acquisition of an aircraft is a complex transaction that can trigger many unexpected expenses for inexperienced buyers. Members of the Robb Report Private Aviation Advisory Board weigh in on five common and costly mistakes that first-time buyers make and how to avoid them.

1. Believing Everything You Hear

Don’t assume you know how much an aircraft is actually worth and how much another buyer paid for a similar plane. The community of aircraft buyers and sellers is relatively small, yet accurate information about past sales is still hard to come by. According to Kevin O’Leary, the president and CEO of Jet Advisors, buyers and sellers don’t always disclose the transaction’s financial contingencies when they talk about the price of a jet. “Someone may tell you that he sold his plane for $1.5 million but neglect to say that he had to spend $600,000 on maintenance before the sale went through because he sold it right before a major overhaul,” says O’Leary. “Buyers and sellers are optimistic about how well they did on a deal, but the details are always different.”

O’Leary cautions buyers to be wary of any numbers thrown around by other buyers, and to be especially cautious when a motivated seller or broker claims that a particular price is the deal of the century.

2. Failing to Consider the Production Run

Be cautious when buying an aircraft that has just been released or one that’s on its way out of production. “If you are buying at the beginning or the end of a production run, there are financial implications and other maintenance issues,” says Peter Agur, the chairman of the VanAllen Group.

The first few aircraft on a new production line may be subject to more maintenance tics as they’re broken in, and because it’s a new model, you may have trouble hiring a qualified pilot.

To exemplify the problem with buying an aircraft that’s being phased out by the manufacturer, Agur cites the Gulfstream G450, which, it appears, will be replaced by the G500. He says the G450’s resale value is declining as the G500’s delivery date (2017) approaches. “As I look to replace my current aircraft with a G450/G500-class aircraft, which will I choose?” says Agur. “I want an aircraft that has the attributes of advanced technology and current production. I’ll order a G500. That decision process drives customers toward future models and makes the current model more difficult to sell.” However, if you know an aircraft is near the end of its production run, you can use that information to negotiate a good price.

Agur and other board members also caution against buying an aircraft that has been highly modified by a previous owner. If, for instance, the owner had digital avionics retrofitted into an older-model airplane, you might have trouble finding someone to service the aircraft. “You could end up with an aircraft that no one knows how to service except the guys who installed the equipment,” says Agur.

3. Giving the Seller a Pass on Inspections

Don’t agree to a deal without first insisting that the plane go through a rigorous prepurchase inspection. Lee Rohde, the president and CEO of Essex Aviation Group, tells his clients that the inspection should be conducted at a facility other than the one that regularly maintains that aircraft. “Part of the inspection process is having the records examined for the whole life of the aircraft,” he says. This involves checking life-limited serialized components (those that must be replaced at regular intervals) in addition to confirming that regular engine overhauls took place. Inspectors also must be able to verify that any parts were sourced and replaced according to the manufacturer’s dictates.

The inspection is vital, yet many buyers forego it. “I’ve had clients refuse a prepurchase inspection because they knew the seller personally and felt a lot of trust for that person,” says Agur. “But there can be enormous maintenance issues—including corrosion—that the seller doesn’t know about.”

“I don’t care if you’re buying the aircraft from your brother,” says O’Leary. “Unless he’s the pilot or the mechanic, he doesn’t know that aircraft. He’s riding in the back, reading the Wall Street Journal.”

If you plan to make the plane available for charter after you purchase it, your aircraft management company has to have it inspected to ensure that it conforms to FAA requirements. “You could be in for a lot of expenses to get that plane ready for charter,” says Rohde, “and you should know about those before you buy.”

4. Not Preparing for the Sales Tax

Don’t buy an aircraft assuming you can avoid paying the sales tax, which can be substantial. “It’s true that most purchasers pay a limited amount of sales tax on this kind of purchase, but that’s because they did the proper planning from the beginning,” says Keith Swirsky, the president of GKG Law. “If you call an advisor after you take title, there’s typically nothing they can do for you.”

An aviation lawyer can help you structure the deal so that it complies with Federal Aviation Administration (FAA) regulations. Swirsky says that many buyers assume they can create a limited-liability company (LLC) that will take title to the aircraft, and thereafter operate the aircraft. However, for operations under FAR Part 91 (the section of the Federal Aviation Regulations that governs noncommercial operation), the FAA doesn’t consider a specially formed LLC a viable ownership structure. “According to the FAA, such operations would be prohibited,” says Swirsky.

5. Trying to Go It Alone

Purchasing an aircraft is not like buying a home or a yacht or any other large and expensive item. It has more in common with setting up a new business, one that has its own technology, its own set of regulations, and its own culture. “Trying to do it on your own—not using specialists in law, taxes, and transactions—is a mistake,” says Rohde. “They can help you identify which airplane makes the most sense.”

“It’s difficult for any one person to accumulate enough knowledge about how to see a good deal,” says O’Leary, noting that even aviation consultants tend to focus on a single class of aircraft because so much goes into evaluating a plane.

Yet some buyers want to preserve their privacy by having a family office handle the purchase, or they want to rely on a pilot as the expert who will guide them through the purchase. “There are so many facets to buying an airplane, and so many opportunities for misunderstanding what’s happening,” says Agur. “I had a client who had done hundreds of millions of dollars in deals over the years, and he told me that this was the one time when he didn’t know what to negotiate. He didn’t even know which details were critical in the purchase.”

Buyers who arm themselves with the right advice can avoid feeling overwhelmed, and they can avoid the costly mistakes that go with that feeling.