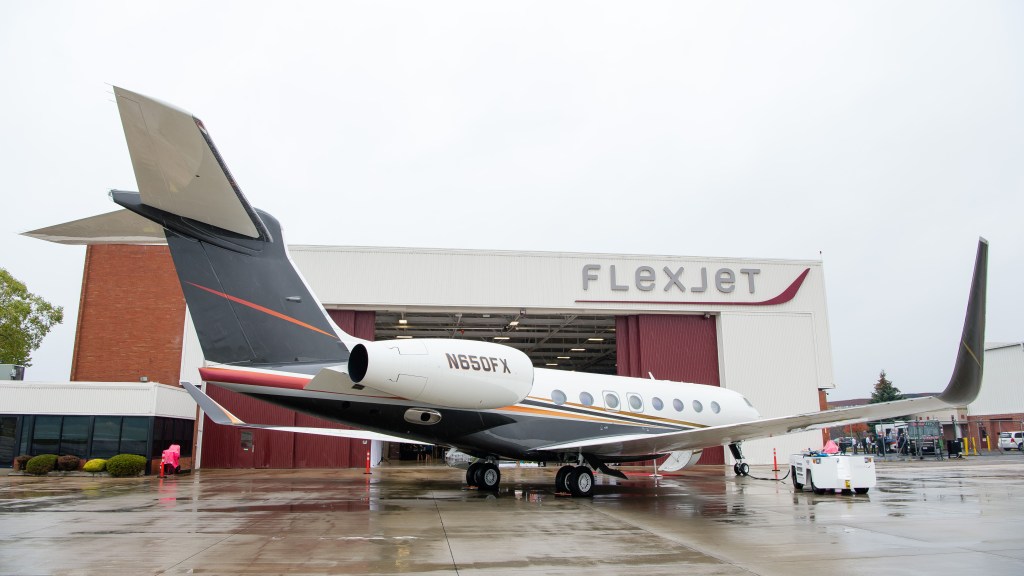 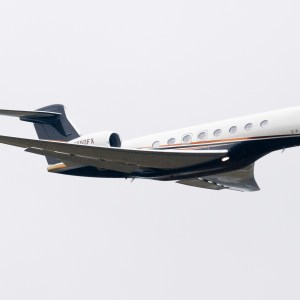 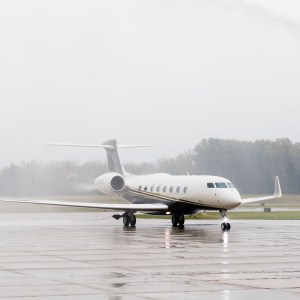 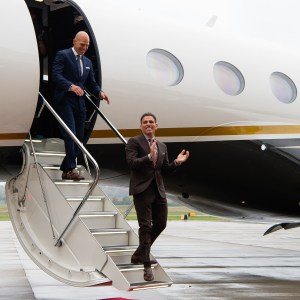 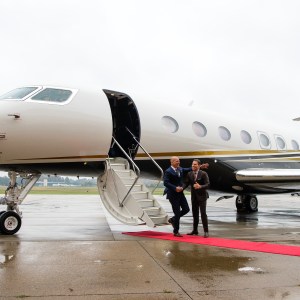 On the first Friday in October, Flexjet’s chairman, Kenn Ricci, and the company’s CEO, Michael Silvestro—following the inaugural flight of Flexjet’s sparkling new Gulfstream G650—stepped off the aircraft just outside of a hangar at the company’s headquarters in Cleveland and addressed Flexjet’s employees and a small group of media in attendance. “The G650 certainly is 99,000 pounds evidence of what we can accomplish,” Ricci said. “It also says something about our future journey—that we’re going to go faster, farther, with longer range and higher.”

Flexjet’s first G650 is the eighth Gulfstream aircraft (out of a total order of 50) to join the company’s fleet. Flexjet previously took delivery of seven G450s and will take delivery of its first G500, the successor to Gulfstream’s G450, during the first quarter of 2018. The company anticipated taking acquisition of the second of six total G650s the following week, all of which will bolster Flexjet’s Red Label program, an elite collection of aircraft five years old or newer that feature dedicated flight crews. Like other Gulfstream aircraft in the Red Label program, the new G650 is equipped with a customized cabin interior that features colors and materials not typically seen in private aviation aircraft, such as zebra-striped veneers and leather upholstery with unique fabric insets.

As he toured the G650 following the acquisition ceremony, Ricci explained that Flexjet redesigned the aircraft to feature four cabin zones, which offers more space for passengers. Because the G650 can fly 7,000 nautical miles nonstop, the aircraft—in its original configuration—included a dedicated (and necessary) rest area for crew at the forward-most position of the cabin. That meant that the passenger area of the cabin started at almost the mid-point of the fuselage. “I’m not going to design the plane around an augmented crew,” Ricci said. “I’m going to design it as the passengers want it designed.”

As an example, the rear passenger zone can be converted to a crew rest area on longer trips when extra crew is required. However, Ricci explained that because customers typically want to fly those longer missions at faster speeds, a necessary fuel stop provides an opportunity to change crews on the ground. That allows the aircraft to retain its four dedicated passenger zones, one of which is a private stateroom that Ricci affectionately calls the “man cave” because it is equipped with a bespoke large-screen television.

Flexjet’s G650 is available to customers through the company’s Global Access program, which provides Flexjet members access to large-cabin or ultra-long-range aircraft at reduced hourly rates, provided their trips are long enough to require such aircraft. “Essentially, the farther you fly in the G650, the lower the hourly cost,” said Silvestro.

Following Flexjet’s ceremonial acquisition, Ricci looked ahead to an upcoming trip to Cape Town, South Africa, on the new aircraft. The four-day business trip would accomplish a number of things, he said, including a survey of the country’s private aviation operations. “We’ve never had a plane that could run to South Africa,” Ricci explained. “Now that we have it, we’ll get customers that will want to go there.”