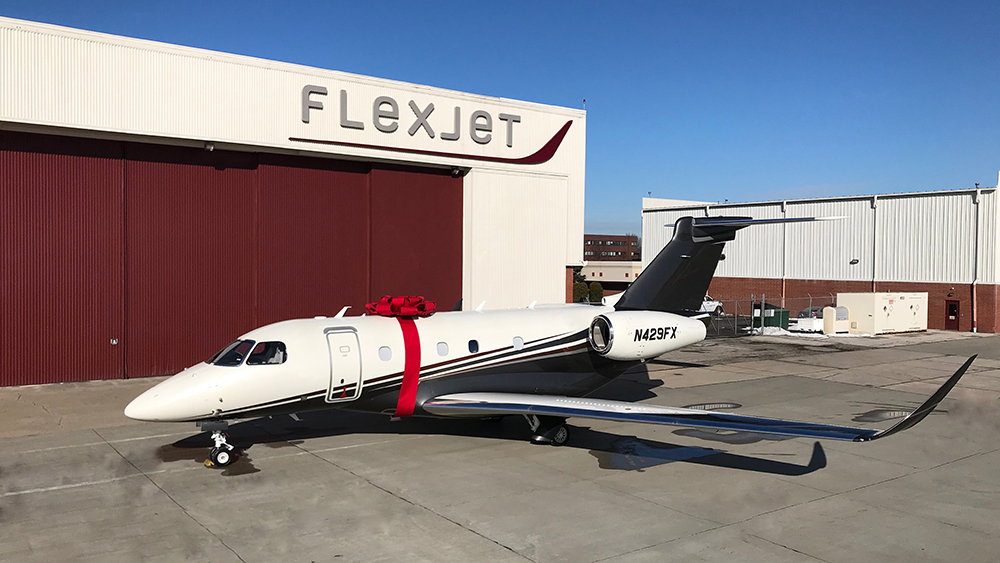 Late last year, Embraer unveiled its new Praetor 500 midsize and Praetor 600 super-midsize business jets and received an overwhelmingly positive response. Just a year later, the Brazilian aircraft manufacturer received a $1.4 billion order from Flexjet to get the pioneering wings into the skies. And, today, the first delivery of the Embraer Praetor 500 was made.

“We have long been partners with Embraer, helping to launch aircraft such as the Legacy Executive, the Phenom 300 and the Legacy 450. Now we take the next step in that relationship, making the Praetor 500—the most technologically advanced aircraft in its category—available to Flexjet owners first,” said Flexjet chief executive officer Michael Silvestro.

The Praetor 500 is the next-gen riff on Embraer’s Legacy 450 and promises larger cabin seats, increased fuel efficiency and greater range than its predecessor. The Praetor 500 can soar a whopping 3,740 miles without stopping—compared to the Legacy 450 which clocked just 3,341—and is equipped with fuel-efficient Honeywell HTF7500E turbofan engines to help save the earth and reduce petrol costs. Moreover, the zippy new model has been named the fastest midsize aircraft, capable of reaching Europe from the West Coast in a single shot.

The jet also features a six-foot-tall, flat-floor cabin and four club seats that can all lie flat to form two berths. With the lowest cabin altitude—that remains practically at sea level through 27,140 feet—and whisper-silent acoustic levels, the Praetor 500 affords a flying experience that pairs speed with comfort and luxury. The jet utilizes advanced technology—including a new air-to-ground connectivity system—to give jet-setters access to high-speed Internet and is fitted with state-of-the-art in-flight entertainment system with the all-important surround sound.

As the two aircraft are quite similar, Embraer will be able to convert a Legacy 450 into a Praetor 500. So, in addition to purchasing new Praetor 500 aircraft, Flexjet will also upgrade all of its Legacy 450s to Praetor 500s, ensuring its owners have access to a aircraft available in the midsized category.