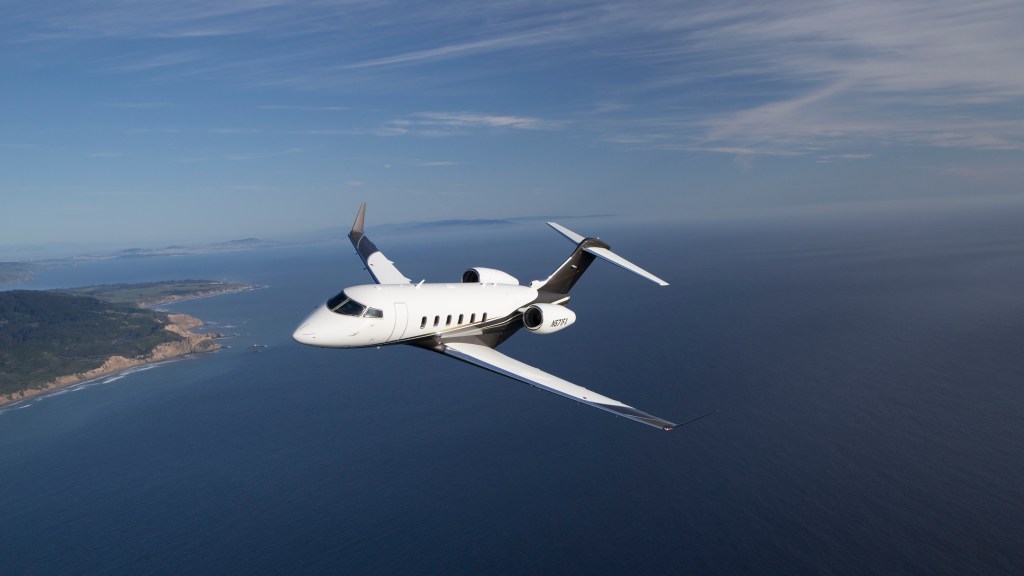 Following Flexjet’s ceremonial acquisition of its first Gulfstream G650 in early October , Robb Report sat down with Flexjet’s chairman, Kenn Ricci, and its CEO, Michael Silvestro, to talk about the future of private aviation and where their company is headed.

What can you tell me about Flexjet’s current and future fleet of aircraft?

Kenn Ricci: We went all in to make the biggest part of our fleet the super midsize aircraft. The Legacy 450s and the Challenger 350s, we have over 65 of those now. We’re taking seven Challenger 350s this quarter. And the Legacy 450, it’s hard for us to get them as quickly as we sell them. They don’t make many of them, only seven or eight a year, so we’re taking as many as we can get from Embraer. We’re also on our way to 20 large-cabin aircraft in the very short term. We have six G650s coming, and we’ll get eight G500s over five quarters starting in the first quarter of 2018. The G500 is what we see as the corporate aircraft, the workhorse of our fleet going forward.

Does that mean you’re moving away from light jets?

Michael Silvestro: There’s a lot of noise going on now with people who want to Uberize or democratize private travel. The apps, the memberships, the regional providers. It is noisy and distracting and it does occupy the light jet category. But we haven’t abandoned the space. Phenom 300s are still our entry-level jet, and it’s the one we fly the most of, so it’s not like we’ve moved out of the category.

What does Flexjet’s commitment to super midsize aircraft and now long-range, large-cabin aircraft like the G650 and G500 say about the future of private jet travel?

MS: As the world gets smaller and the ultra-high-net worth want to travel personally around the world and corporations need to move their executives to all points around the globe, we felt like this was the area that had the greatest opportunity for expansion and growth and a return on our investment.

Gulfstream has announced that it can convert existing G650s into G650ERs for customers who want that extended range. Is this something that you plan to do with the G650s that Flexjet will acquire?

KR: Ask me in a year. If we have the demand, we’ll convert them. That’s the beautiful thing about Gulfstream, it gives you the option. You don’t have to make the decision until later.

Flexjet has reported increases in sales and flying activity every month of 2017 compared to 2016. What do you attribute that to?

MS: Activity is a combination of corporate profits and how the airlines are doing.  How onerous is it to fly commercial airlines?  For the most part, commercial air travel is still tough. Lastly, what’s the environment to be flying around in a private jet? In 2008 and 2009 it was culturally not okay, but today it’s okay. And what we’re doing at Flexjet is being very well received in our marketplace. We’re taking customers from our competition because the experience at different places isn’t what it used to be.

KR: There has been some consolidation in the industry, so people are knowledgeable about how they can buy their assets, and they’re buying from all different classes. A lot of our customers might own a share, but they might decide to charter, too.

It has been reported that the aviation industry is suffering from a pilot shortage. How is that impacting Flexjet?

KR: There is a pilot shortage if you’re a commuter airline and you’re trying to find somebody who can sit in the right seat of your aircraft and build time. We’re not experiencing that at all. In fact, we’re seeing the opposite. When we expanded and we knew we were getting more planes, we had an opening for 65 pilots. To make sure that we were getting the kind of pilots that we wanted, we asked our existing 700 pilots to recommend someone. [A prospective applicant] couldn’t apply on our website without a recommendation from one of our existing pilots. In two weeks, 1,000 people got onto that website for 65 positions, and we didn’t even open it to the public. It was referral only.

Flexjet recently began opening exclusive, private terminals around the country. What advantages do those terminals provide and what purposes do they serve?

KR: We’re going to have six to eight private terminals in the short term. It’s not our intent to have them everywhere. Some private airports have almost become administered by the TSA, so I wanted to be able to have more control over the customer’s experience. We want the [FBO] experience to be similar to what the airplane experience is. If we did have to have TSA work there, which at these airports we don’t yet, I could control the experience. You wouldn’t be in line. I would administer it the way I wanted it administered. [With these private terminals] I can make that experience elegant and private for you.

Flexjet launched a new mobile app in July. What can you tell me about what it offers and where Flexjet is taking it in the future?

MS: When customers arrive at an FBO, sometimes they don’t know which one of our airplanes is showing up for them, which is part of the fractional model. One of the coolest things about the app, two hours prior to your trip we push through your tail number notification. The app also provides a picture of their pilots, so that they can identify them in a crowded FBO. [Through use of the app] customers would know what the airplane was, what the tail number was, and [they would have] a picture of the crew.

The app allows you to load destinations; it gives you your approximate trip time; it gives you the weather of where you’re going to be; and once you load passengers into your manifest they stay in your profile, so if I did want to book a quick return trip, I could do it from the app. As our customers get more familiar with it, and as younger customers come into the fold, that will continue to evolve to become more of a tool to not only manage trips but to book them.

In what other ways—beyond the private terminals and mobile app—are you differentiating Flexjet from your competition?

MS: We have two high-end chefs—one is Emeril [Lagasse], who has been a customer forever, and our newest is Jeffrey Zakarian—who are creating a chef’s advisory board. I charged Emeril and Jeffrey with creating thoughtful, creative, and tasteful menu items that could be served onboard around the country and virtually around the world. When you’re onboard with us we want that experience to be exceptional, and those guys will be constantly engaged in taking our onboard offerings to the next level.

What can you tell me about Flexjet Ltd.?

MS: Now that we have a fleet that is attractive to U.S.-based customers who want to go to Europe, it makes all the sense in the world to have a platform there. Once those customers are there, if they want to hop around the continent, they might not need a G650, but they would certainly like a light jet or a Legacy to get them around. So we acquired an operator, FlairJet, which we rebranded as Flexjet Ltd. We started small, but it has been so well received that we’re committing more aircraft to it. By the spring of 2018, we’ll have 10 Nextant 400 XTs and three Legacy 600s that are going to be based in the UK.