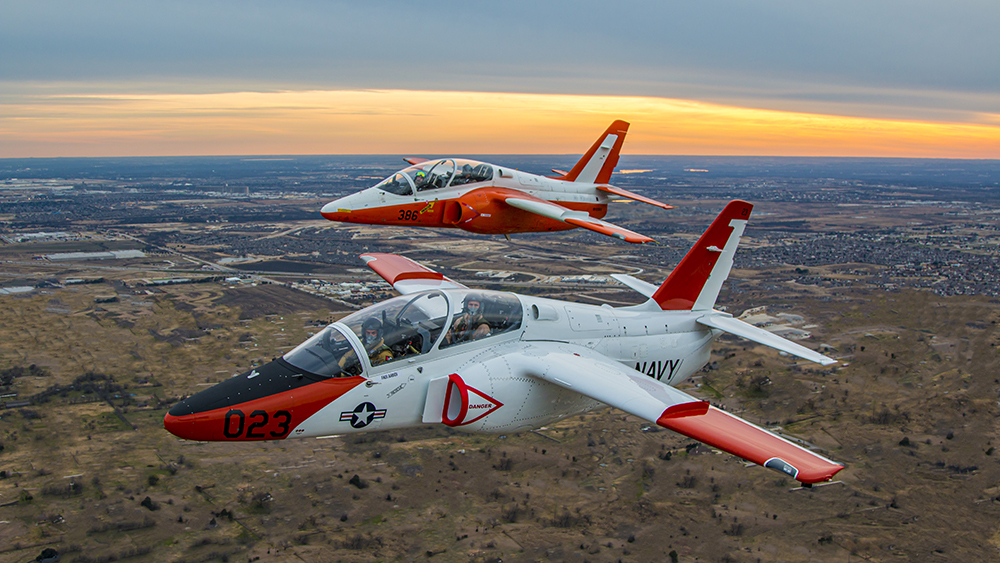 Tony Scott’s 1986 film Top Gun kindled many an adolescent’s fighter-jet obsession, which no doubt came rushing back thanks to this summer’s sequel starring a youthfully 60-year-old Tom Cruise still turning and burning. Thankfully, select flight schools can indulge the fantasy with everything from a $30,000 full-afterburner ride in an F-104 Starfighter, capable of more than Mach 2, to an FAA-type rating for a host of decommissioned warbirds.

Learning how to captain one of these apex predators involves a highly specialized coterie of flight instructors and hardware—but first, naturally, a private pilot’s license. Rick Svetkoff’s Starfighters International may not be able to teach Cessna 172 pilots how to fully operate the F-104 in a short window, but the pilot will come away understanding its aerodynamics, thrust, lift and, of course, the nearly unfathomable speed.

“We can outrun, outclimb and out-accelerate an F-16 all day long,” says Svetkoff, who flies in controlled airspace above NASA’s Kennedy Space Center. The $29,500 curriculum provides a day of ground training (including critical instruction on how to use flight and survival gear, engage the ejection seat and jettison the canopy) and an airborne session with vertical departure, barrel rolls and—for those with the stomach—high-G maneuvers.

“Our goal is to show [students] the aerodynamics of a supersonic aircraft, an experience they’ll never forget,” says Svetkoff, who teaches all clients the same flight profiles but determines the level of cockpit control by their experience. Most students take the controls in front with the instructor behind during the two-day course, though diehards might opt for a type-rating certificate that, based on starting level of experience, can require between five and 25 hours of instruction at a total investment of between $150,000 and $1 million.

In Santa Fe, N.M., Jet Warbird Training Center has a fleet of five aircraft, among them an L-29, an L-39 and a MiG-15. “We do flights twice a day, teaching multiple maneuvers, and students have to pass oral exams and a check flight,” says Larry Salganek, who founded the school 30 years ago. Those going for a specific type rating must already have 1,000 hours of flying time and an instrument rating to enroll in the four-day course. And while Salganek looks to temper apprehension (“There’s a common misunderstanding about fighter jets that everything’s a challenge and instantaneous,” he says, but “the ones we fly are docile—the L-39 is a trainer”), he cautions that the MiG-15 is an exception. “It’s a 1947 swept wing jet with finicky handling characteristics,” he says. “It flies 600 mph with no automation.”

By contrast, the Marchetti S-211 used at Texas-based Victory Flight Training is like a “Ferrari versus the Fords,” according to Chris Koelzer, who cofounded the school with Tom Paquin and now has three S-211s in the fleet. “It’s rare, exotic and Italian—only 67 were built.” A single flight on the S-211 costs $3,250, while a type rating will run to about $30,000. “We love sharing an aircraft like this with Cessna or Beechcraft pilots who’d never have an opportunity to pull 5 Gs,” Koelzer says. Just a walk in the park.