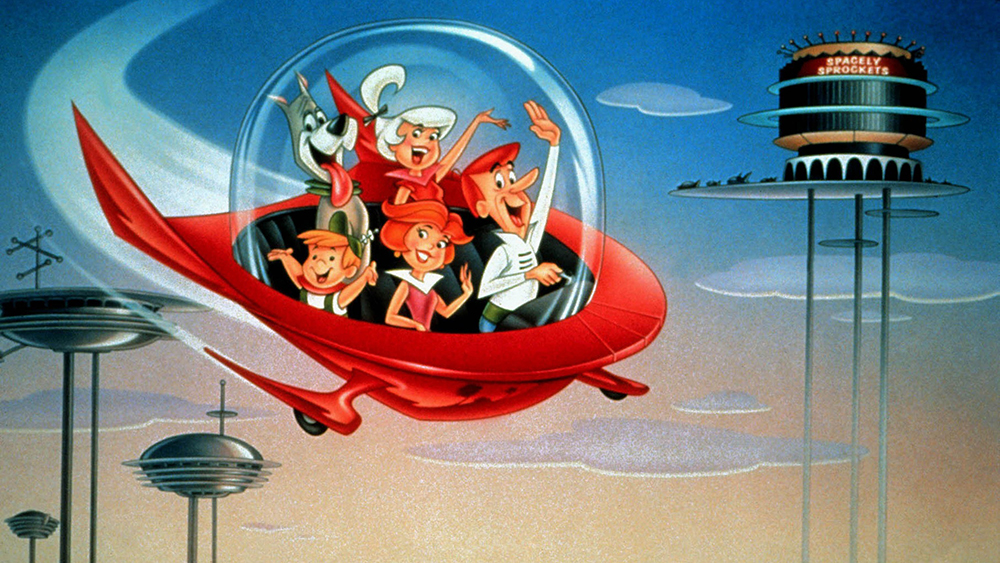 In 1945, long before anyone had managed to launch a spacecraft into orbit, science-fiction writer Arthur C. Clarke realized that if you could place an object with just the right velocity at just the right distance above the equator it would remain suspended over the same spot. Put a transceiver on it, and you could bounce signals between any two points in the hemisphere. Seventeen years later, a US Delta rocket launched the first Telstar communications satellite. Voilà: worldwide telephone service.

Imagination can bring us the future, but it isn’t infallible. Envisioning a technology isn’t enough to bring it into being. No matter how compelling an idea may seem, no matter how hard people may try to bring it to fruition, sometimes technology just doesn’t want to play along.

The ultimate example of this phenomenon is the flying car, the archetypal over-promised innovation. The Jetsons zipped around in a flying-saucer station wagon, Luke Skywalker piloted a floating hot rod, and Rick Deckard chased replicants in a levitating cop car. Naturally, most of us assumed we, too, would be gliding and hovering at some point. Yet here we are, deep in the 21st century, still rolling on rubber tires.

It’s not for a lack of effort. Countless engineers have tried their hand at flying cars over the years. In the 1950s, the Piasecki Aircraft Corporation built a test vehicle for the army called the Airgeep, which flew on two large, enclosed (or “ducted”) fan blades. It only ever reached a few feet above the ground. (A few years later, the Airgeep II managed to reach an altitude of 3,000 feet but wobbled as it hovered, had trouble flying forward and was quickly axed.) In the 1970s, inventor Paul Moller unveiled a UFO-like contraption called the Discojet, propelled by eight ducted fans. It remained earthbound, too, though a later iteration, the Moller Skycar, lifted off in 2003—only briefly, while attached by a tether to an overhead crane.

The long track record of disappointment hasn’t dimmed enthusiasts’ ardor. In the past decade, the number of aspirants has climbed to more than 100, including all the biggest players in aerospace. Airbus is working on multiple prototypes, including one it unveiled in March called the CityAirbus, which the company says will carry four passengers at speeds of up to 75 mph. Boeing has been conducting test flights of an electric craft called a passenger air vehicle (or at least had been, until the sole prototype crashed earlier this year). Uber has proclaimed that it will start testing a flying taxi in Los Angeles, Dallas and Melbourne, Australia, in 2020.

Like their forerunners, the latest designs feature multiple rotors, generally ducted. Most are electrically powered. And like their predecessors, the new designs have so far failed to live up to their hype. After an introductory video featuring a teetering flight close to the ground, most versions are never heard from again.

The idea of the flying car is undeniably cool, but at our stage of development, there’s little reason to expect that a personal hovering vehicle can succeed. The technical hurdles are just too huge.

A big problem is energy storage. Today’s batteries are a hundred times heavier than a tank of gasoline holding an equivalent amount of energy. This is especially problematic given that hovering is inherently inefficient. To counter gravity’s pull, an aircraft has to keep pushing down on air. It can push down a lot of air a little (as a glider’s long wings do) or a little air a lot (like the engines on a Harrier Jump Jet). The former turns out to be much more efficient. Given its small size, a flying car would be more like a Harrier. That means burning a lot of energy quickly. Not great if your energy supply is limited.

The Skycar gets airborne—sort of—in 2002.  Courtesy of Skycar

Then there’s the problem of control. The simplest way to guide this type of craft is to put a trained pilot in it. But there’s a worldwide pilot shortage. If airlines are struggling to hire people to fly their big jets, how are you going to find someone to take the wheel of your airborne jalopy? An obvious response is to invoke autonomy: Just program a computer to fly the thing. But we’re a long way from entrusting computers with command of ground-based vehicles, let alone ones hurtling around above homes, hospitals and schools. Nor have we worked out a system whereby all these contraptions could whip past one another without colliding.

So while everyone loves the vision of hopping around in a zippy, non-polluting air taxi, the estimated $1 billion or more that has been invested in the field so far has almost certainly been squandered.

This is not to say that all futuristic aviation visions are dumb. Exciting advances are unfolding right now, just not in the way the entertainment industry has led us to expect. While the public’s attention was focused on flying cars, engineers were beavering away on tilt-rotor vehicles such as the V-22 Osprey. These take off straight up like helicopters, then swing their rotors 90 degrees to turn into airplanes. They’re not quiet—they make a tremendous racket. They’re not environmentally friendly—they burn old-fashioned greenhouse-gas-generating fossil fuel. But they’ve cracked the tough nut that air taxis can only dream of. They can fly from here to there as efficiently as an airplane and land just about anywhere like a helicopter—i.e., they actually work.

The US Marine Corps has been operating the Osprey for more than a decade, and it’s still one of the most sci-fi things you’ll see on a flight line. Now the general public can get in on the action, too. Earlier this year, production began on the Leonardo AW609, a civil tilt rotor that can carry nine passengers at a top speed of 300 mph. The first deliveries are expected next year.

Priced at $25 million a pop, the AW609 is not a joyride for the everyman, but it has areas of demonstrable utility, such as ferrying oil and gas workers out to offshore drilling platforms. It’ll be useful for search-and-rescue missions and for medical evacuation, too. And then there’s the sheer sex appeal. The aircraft’s unique profile will make it a must-have for private customers with a taste for the dramatic. Michael Bloomberg, who regularly pilots his own helicopter and who likes to flit from Manhattan to Bermuda for weekend getaways, is reportedly on the waiting list.

The AW609 has been a long time coming. Its roots date to the ’90s; the first prototype flew in 2003. The process has been slow because creating and perfecting a new type of aircraft is an arduous undertaking. Though the Osprey proved the tilt rotor was viable, Leonardo still ran into all kinds of unforeseen challenges.

Leonardo’s AW609 tilt rotor can carry nine passengers and will be priced at $25 million.  Courtesy of Leonardo

The glacial pace of the AW609’s development casts a clarifying light on the prospects for flying cars. Science-fiction writers effortlessly assign to their machines whatever astonishing performance they feel like. Real-life engineers struggle with countless compromises in the step-by-step slog from the drawing board to the flight line. If, after 60 years, no flying-car inventor has managed to achieve even the earliest steps, it’s a sign that the conceptual flaws are probably insurmountable.

But that’s not to say that the fantasy of the flying car will yield no practical benefit. As the battle against climate change becomes more urgent, aircraft designers will face increasing pressure to replace fossil fuels with greener energy. The kind of free-floating imagination that has fed the flying-taxi movement is precisely what’s needed to devise the next generation of aviation power plant—be it hybrid, electric, hydrogen or some solution we haven’t even dreamed of.

Based on past experience, what the inventors of the future come up with will be quite a bit different from what the futurists of today imagine. But they’ll be plenty cool in their own way.