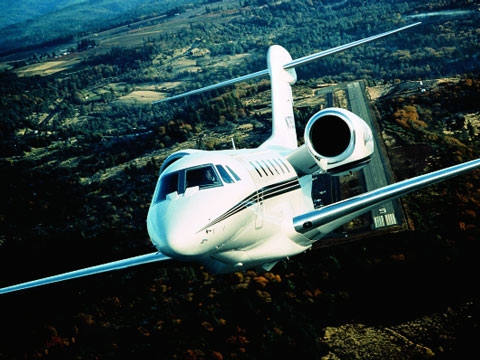 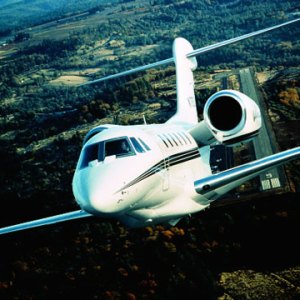 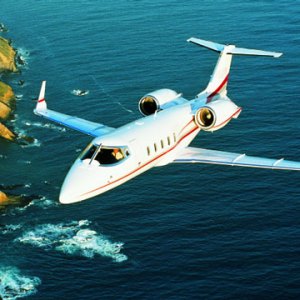 Success stories in the fractional aircraft business are as rare as they are among commercial airlines. Indeed, most of the more than 50 companies that entered the fractional market in the last decade have failed. However, at least four—NetJets, Bombardier Flexjet, CitationShares, and Flight Options—continue to thrive and offer clients a variety of ownership options. The following profiles highlight the distinguishing features of each.

The first and still the foremost.

This company created the concept of fractional ownership in the late 1980s, and it remains the industry’s 800-pound gorilla, claiming more than 50 percent of the market share. In fact, NetJets has become so synonymous with fractional jet ownership that late last year parent company Executive Jet abandoned its name and assumed the moniker of its most well-known program.

As the market leader and the originator of fractional jet ownership, NetJets tries to be all things to all clients. It offers 12 different aircraft from five different manufacturers, including six different jets in the large-cabin category. In addition to operating in the United States, it has programs in Europe and the Middle East.

While it is the most expensive fractional program, NetJets also offers its owners the most services. The company runs something of a private airline, with its own flight managers, dispatchers, meteorologists, flight simulators, ground school, maintenance operations, and security specialists. It even provides private security for clients traveling abroad. For owners who travel domestically, NetJets maintains up-to-date reports on the different FBOs and airports and will not allow its aircraft to land anyplace that has poorly maintained facilities.

NetJets also aims to be a leader in terms of the level of service that it provides, with the goal of making fractional ownership more attractive than outright jet ownership. To this end, the company prepares personal profiles of its owners that include the foods and snacks they prefer, and items they do not want on board. The profiles also include the pets that travel with clients, noting whether the animals require special harnesses for takeoff and landing.

The largest planes in the NetJets fleet are equipped with SatCom for seamless communication while traveling across oceans. Each also features a plain paper fax, satellite television on a 42-inch plasma screen, and multiple outlets for laptops.

The company’s focus on safety and service may lift it over the current troubled aviation market and protect it against competitors who wish to chip away at its success. According to NetJets, the downturn in the economy and the softening of the jet market have done little to scare away potential fractional owners so far. “The soft market is helping us,” says executive vice president of marketing Kevin Russell. “For some corporations, their private jets are a point of contention with shareholders, and they’re sitting idle on the runway. They’re selling those planes and buying fractional shares. That change alone can save millions annually in operating expenses.”

Maintenance: carried out by aircraft manufacturers

Selling shares directly from the source.

In 1995, aircraft manufacturer Bombardier launched its own fractional program, and today its Flexjet is the largest of the manufacturer-owned fractional programs, with a fleet of just over 100 jets. The program is part of a total ownership offering from Bombardier, including charter, sales, and jet management. “Our goal is to take the customer full circle,” says vice president of marketing Steve Phillips. “We bring them in through charter and let them graduate as they will to fractional ownership and then full ownership.”

The advantage of buying from a manufacturer is that owners receive shares of Learjets and Challengers right off of Bombardier’s factory floor that have been fitted with top-of-the-line avionics and business-related devices. In addition to the standard flight phone, all of the planes feature personal DVD players and multiple data ports. Furthermore, the jets are maintained by the same people who designed and built them in Bombardier service centers worldwide.

Like nearly every fractional company, Flexjet views NetJets as its primary competitor, and to challenge NetJets in the worldwide arena, Flexjet has introduced programs in Europe and Asia. It has also created two new aircraft just for fractional owners. The Learjet 40 will be a faster, six-passenger version of the Learjet 45, and the roomy Challenger 300 was designed specifically to carry as many as eight passengers cross-country.

Flexjet is also attempting to distinguish itself from the competition with its food service. Fractional owners are usually at the mercy of whatever local catering services are under contract with the small airports they use. That is not the case with Flexjet owners. The company has commissioned a chef to create an 80-dish menu that is meant to compensate for the fact that, according to Flexjet, your taste buds are less receptive at cruising altitudes. The entire menu, with recipes and suggested plating, has been sent to each of the 140 caterers that the company hires.

Like most fractional programs that offer catering, Flexjet maintains owner profiles for such preferences as favorite foods. In fact, if an owner is flying with a child, Flexjet can provide cotton candy onboard or even bake chocolate chip cookies in flight.

Maintenance: conducted by Bombardier Aerospace at its factory maintenance centers around the world

CitationShares entered the fractional market two years ago with a more conservative business model than most newcomers. The company began by selling shares only to clients living on the East Coast, and it did not evenfly to the West Coast until recently. CitationShares offers just three types of Cessna aircraft, all of which are light cabins that seat fewer than eight people.

According to John Hall, senior vice president of sales and marketing for CitationShares, the average business flight is less than two hours in duration and carries three passengers. If that is true, then most business fliers do not need a wide-body jet with nine seats and a flight attendant. “We’re not trying to be everything to everyone,” says Hall. The small number of plane offerings enables the company to include a large number of each type of plane in its fleet, which makes it easier for CitationShares to serve its owners well.

CitationShares’ client Steve Schram, a partner at the Dolan, Pollak & Schram law firm in New York City, says that he and his partners wanted a smaller plane than other fractional companies were offering. “Most of our trips are short hauls with fewer than four people, so we didn’t need a bigger plane. Citation is a solid aircraft company and this represented a good value,” says Schram.

CitationShares caters to clients who are in the entry-level market for a one-sixteenth share (50 hours of flight time). In fact, it is one of the few companies from which you can buy a one-sixteenth share that costs exactly half of a one-eighth share. Most companies will charge a slight premium to owners of smaller shares. Instead of providing extra services that raise the price, the company’s philosophy tilts in the other direction. For example, catering is not provided onboard unless owners request it (and many owners do not want it). However, as a tradeoff, owners who occasionally fly legs that are shorter than one hour are not automatically charged for a full hour of flight; they are charged for only the number of minutes actually flown.

This charter-style approach to the market may derive from the fact that the company is owned half by Cessna, the manufacturer of Citation jets, and half by TAG Aviation, one of the most respected names in charter and maintenance.

Maintenance: carried out by Cessna at one of its facilities worldwide

Considering that three-quarters of all business aircraft sold each year are pre-owned, it was only a matter of time before someone brought pre-owned jets into the fractional ownership market. That happened in 1998 when the charter and aircraft management company Corporate Wings opened its fractional business, called Flight Options.

Flight Options offers a fairly broad array of choices to consumers at about a 35 percent discount off the price of a new share at competing companies. “We’ve just taken the initial depreciation out of the price,” says Darnell Martens, who co-founded Flight Options with chairman Ken Ricci.

Ricci is a former pilot from the air cargo industry, and so he has created a pilot-centric culture at Flight Options. Owners typically comment that their pilots are the highest paid in the industry and seem to be a cheerful lot. Kelly Grey, CEO of St. Johns Knits, says that the pilots and crew always treat her as if she were a movie star, even when she is flying to her vacation home on Christmas morning. Those same happy pilots are the main reason Robert Herbold, retired COO of Microsoft Corp., became a Flight Options owner 18 months ago. “They went the extra mile in flying planes to me so I could look at them. And then when I talked to the pilots, I knew this was a good company,” says Herbold.

The pilots fly in one particular plane, so they know it well, and they also fly in a digital, paperless cockpit, so they do not have to juggle dozens of avionics manuals and FAA directives. The pilots also have dedicated crews who work on their airplanes. A dispatcher and mechanic will service the same 20 planes all year, which creates familiarity and confidence.

At the end of 2001, Flight Options doubled its program by merging with Raytheon Travel Air. Incorporating owners and pilots of new jets into a system dedicated to pre-owned aircraft has presented some problems. A few owners chafed at the idea of having their jets moved to what they viewed as a “discount operation.” Martens says the company has worked hard to resolve those problems. One way of accomplishing this aim was to expand the business to include new jets and the services those owners expect.

The irony is that in the Flight Options program, the pre-owned jets are likely to be the ones that have the personal DVD players and the latest in avionics. The newer planes usually arrive from the factory without those features installed.

Maintenance: operates a group of regional maintenance centers throughout the United States