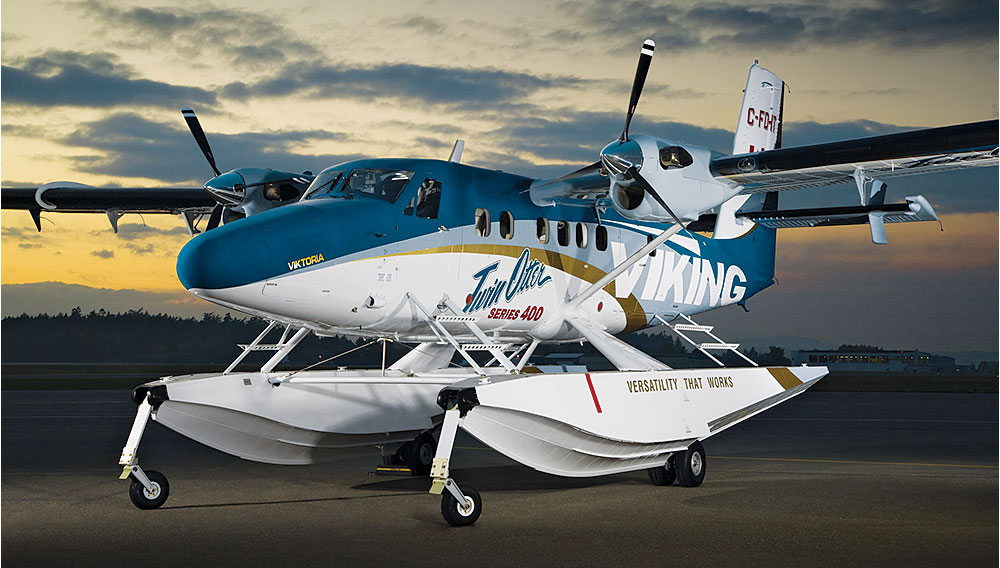 De Havilland Canada (DHC) ceased production of its amphibious Twin Otter 22 years ago, but more than 600 of the rugged twin-engine propeller planes remain in operation. The model’s perseverance inspired British Columbia–based Viking Air to resurrect the legendary aircraft with the all-new DHC-6 Twin Otter Series 400 (www.vikingair.com). The Viking Air version of the Twin Otter, which starts at $4.5 million, boasts a modern flight deck and composite components to reduce weight and allow for larger payloads. Like the Twin Otters first produced in 1965, the Series 400 has a remarkably short takeoff and landing distance (just 800 feet) for a plane with a 19-passenger capacity. Using skis, amphibious floats, or other landing-gear options, the unpressurized aircraft, which has a range of 1,100 miles, can navigate both frozen and liquid runways. Viking Air began deliveries of the plane in July; orders placed today should be filled by 2013.