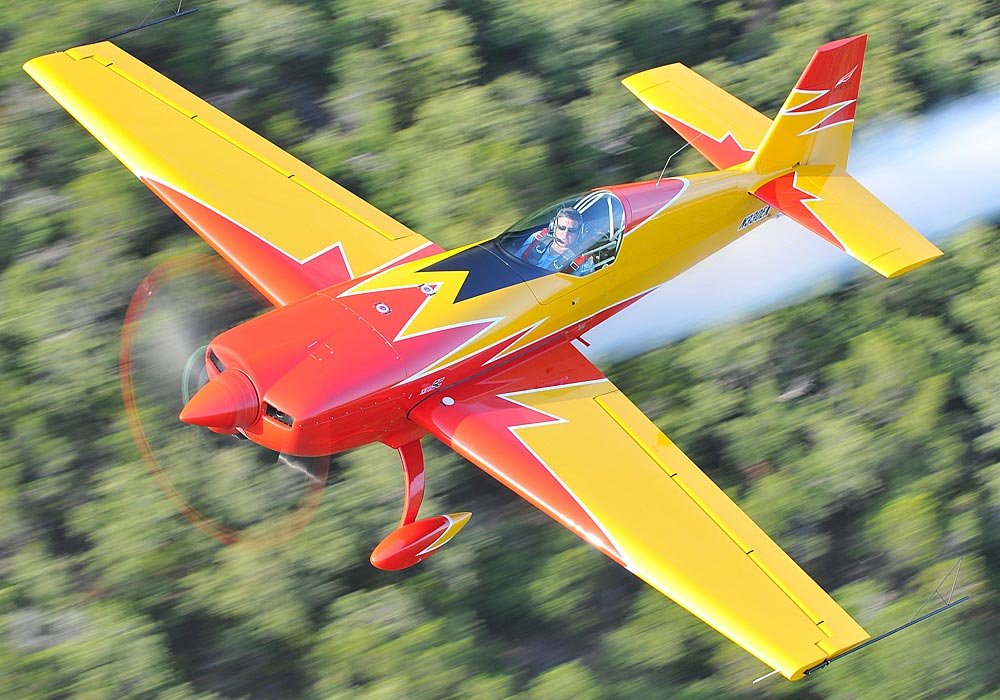 In the 1980s, German aerobatic pilot Walter Extra designed the Extra 230, a high-performance monoplane in which he won several international aerobatic competitions. Extra’s latest design, the Extra 330SC single-seat unlimited sport airplane (www.extraair?craft?.com), represents his bid to reclaim the top spot in competitive aerobatics. With carbon-fiber wings, a tail redesigned to boost the plane’s tumbling capabilities, a 315 hp engine, and a roll rate greater than 400 degrees per second, the model has already earned medals in several international competitions. The German-built airplane, which is designed for both competitive and freestyle pilots, sells in the United States for a starting price of $417,500 and requires only a single-engine pilot’s license to operate.