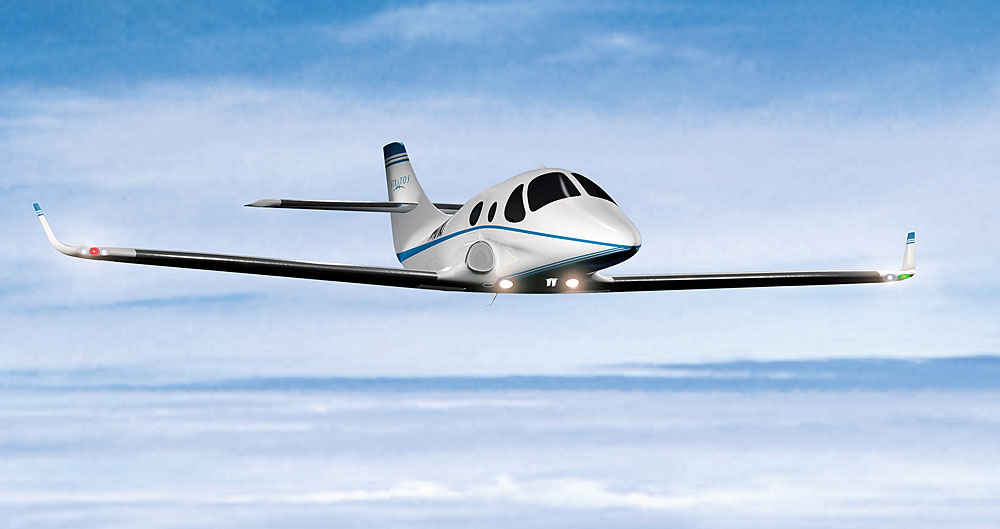 The Stratos 714 (www?.stratosaircraft.com), a $2 million very light jet from Stratos Aircraft of Bend, Ore., will be capable of transporting four people and their luggage as far as 1,725 miles without refueling—sufficient range to fly from New York to Denver. “A lot of people want performance,” says Carsten Sundin, chief technical officer for Stratos, “but they don’t need a large aircraft.” A single Williams turbofan engine will provide enough thrust to fly the 7,000-pound aircraft at an altitude of 41,000 feet and at speeds exceeding 460 mph. Deliveries could begin as early as 2012.