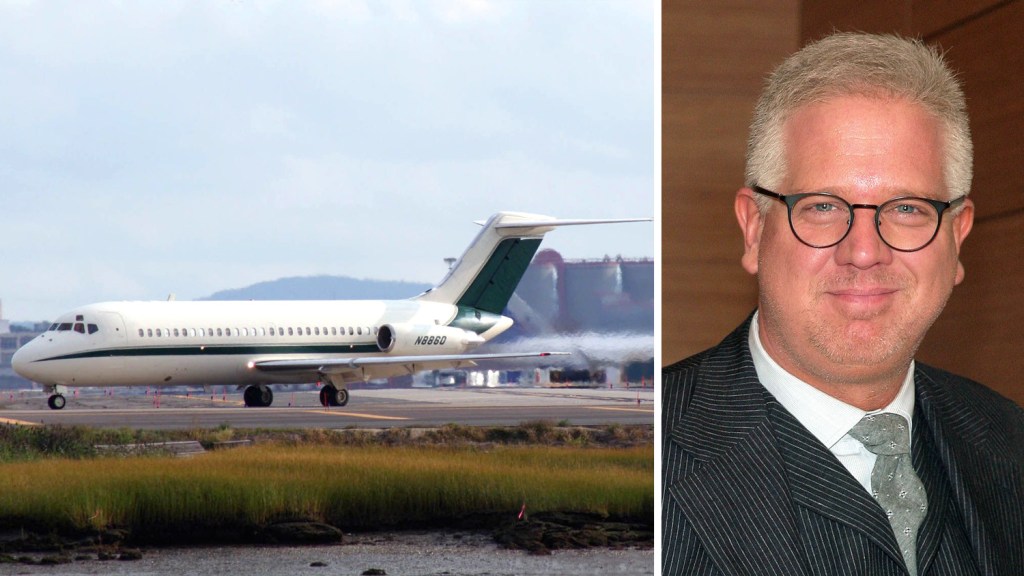 Known mostly for his heated political rhetoric, former Fox News host Glenn Beck is also the founder of his own media brand, TheBlaze, and apparently, a private jet enthusiast—which makes sense given his protestations about perceived rude treatment on an American Airline flight. Amid rumors of dire financial straits at his company and following layoffs last year that reduced its staff size by almost 20 percent, it seems that Beck is finally ready to tighten his belt and part with his 1966 McDonnell Douglas DC-9-15.

The geriatric jet—purchased by the media personality for $1 million in 2015 from his late friend, billionaire Richard Mellon Scaife—was mostly used to ferry Beck between New York and his home in Texas. The plane can accommodate up to 12 passengers and has a comfortable cabin height of 6 feet 8 inches. Its spacious interior is divided into four sections: a two-seat club towards the bow, followed by a dining area, a four-seat VIP club, and the aft seating area, which features an extendable day bed.

The interior appointments are awash in dark green fabrics, mahogany paneling, and patterned carpets and wallpaper that might look more at home in a grandmother’s living room than a private jet. Needless to say, the new owner will likely want to update the cabin design. That said, it did receive a brand new exterior paint job in 2014.

Two Pratt & Whitney JT8D-7B engines are used to keep the aircraft aloft, providing a maximum range of 1,955 miles and a cruising speed of 552 mph. Thankfully for the two pilots flying the plane, despite its age, it is equipped with a modern Universal Avionics flight deck—an upgrade that was also completed in 2014. (If you’re looking for a comparable modern jet, take a look at our previous coverage of the Gulfstream G650ER or the upcoming Bombardier Global 7000.)

No information about the aircraft’s asking price is currently available, but we’re sure it will be fair and balanced.