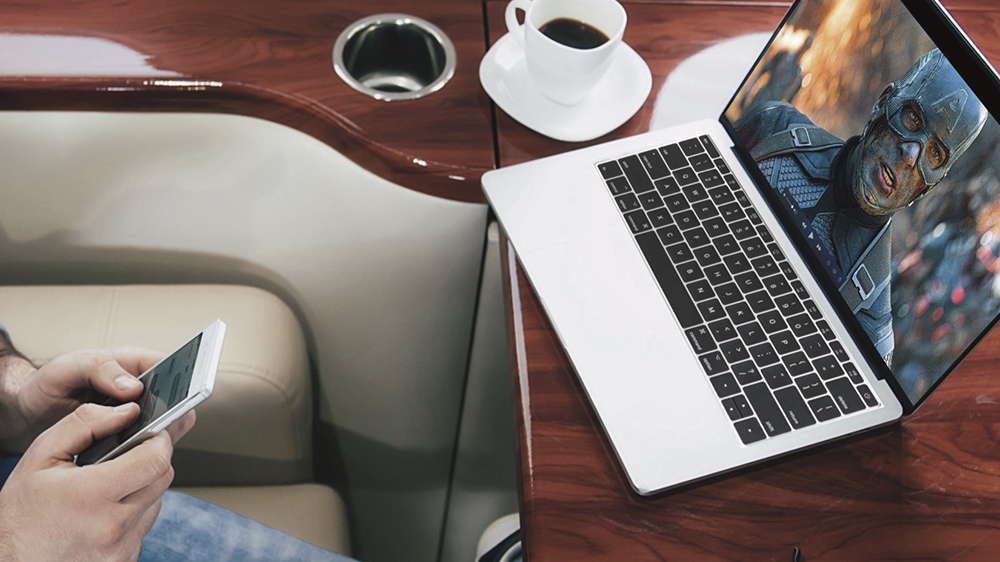 As WiFi on private jets becomes more mission-critical, providers are responding with novel solutions to make it faster, more reliable and packaged with added features. Gogo recently launched an upgraded in-flight entertainment service, Vision 360, for example. It offers unlimited streaming for television programming and news, more than 150 of the latest movies, plus access to 30 popular digital magazines. The service, which links to aircraft outfitted with Gogo’s L5, L3 or SCS systems, also features a moving 3-D map for tracking flights in real time and providing destination information.

“The addition of a new 3-D moving map will provide a new interactive experience for passengers that we’re excited to offer,” Sergio Aguirre, Gogo’s president, said in a statement. “Vision 360 is an important next step in our commitment to deliver the best inflight connectivity and entertainment experience to business aviation.”

Vision 360 offers unlimited streaming for television programming and news, plus access to the latest films and magazine issues.  Gogo

Having sold its commercial air business to focus on private aviation, Gogo lowered its minimum coverage altitude from 10,000 to 3,000 feet, an enhancement which adds “15 to 25 minutes of connectivity to each flight,” according to Dave Mellin, Gogo’s director of communications. “Business jets on approach to airports like Teterboro might wait in a pattern for 45 minutes at lower altitudes, and smaller aircraft don’t spend a lot of time at higher altitudes.”

Gogo will soon launch its own 5G network connected to the Avance L5 platform. Mellin says the upgrade from 4G to 5G will be the difference between a “high-end sports car” and a “supercar,” allowing more phones, tablets and laptops to be connected simultaneously, with uninterrupted streaming. Moreover, the cybersecurity built into the systems’ architecture won’t change with the new network. “That’s in our DNA,” he says.