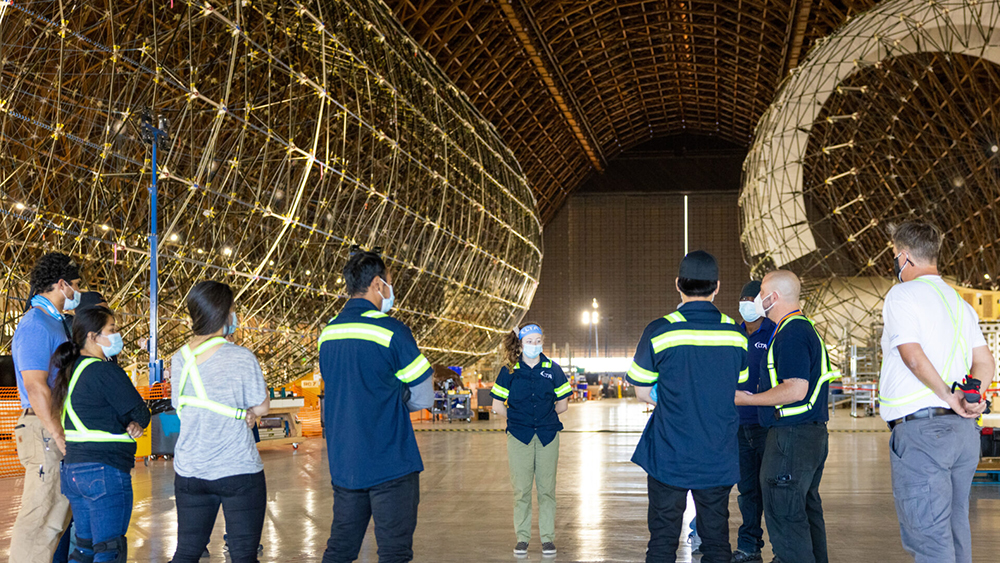 Luxury blimps appear to be in the midst of a revival, but Sergey Brin wants to ensure they’re bigger and better than before.

The Google co-founder, now worth more than $90 billion, has been quietly working away on a massive new airship that will be the longest to hit the skies in almost a century.

Brin, who has long had an affinity for all types of aircraft, established a company called Lighter Than Air Research (LTA) back in 2017 to develop the next generation of airships. LTA’s inaugural model is now in the final planning stages at a facility in Akron, Ohio, according to a report in the Akron Beacon Journal.

Christened Pathfinder 1, the new airship is a far cry from the zeppelins of 100 years ago. It is expected to measure 400 feet from tip to tail, while a third iteration dubbed Pathfinder 3 will stretch about 600 feet. That means the proposed Pathfinder models will be the biggest airship built in the country since 1931 when Goodyear completed the 785-foot USS Macon and USS Akron for the US Navy.

In terms of construction, the Pathfinder’s “deep ring” internal structure will be made of Kilwell Fibrelab’s lightweight carbon-fiber tubing. It’s this rigid framework that distinguishes the airship from a blimp. The sturdy skeleton will be wrapped in a hard-wearing outer covering that will make the balloon plenty durable.

Like the Macon and Akron before it, the Pathfinder models will run on lighter-than-air helium. It’s non-combustible and far safer than the dangerously flammable hydrogen that was used in the ill-fated, 803-foot Hindenburg. The all-electric propulsion system, meanwhile, will be powered initially by batteries but could run on hydrogen fuel cells in the future. The latter will see the airship produce zero emissions.

Again like the Macon and Akron, the Pathfinder will be built at the gigantic Akron Airdock. LTA is actually in the process of acquiring this 364,000-square-foot facility, as well as recruiting a crew for the new endeavor. The company says the airships will be primarily used to bring humanitarian aid (food and supplies) to remote areas that are difficult to access via traditional aircraft and vehicles.

Pathfinder 1 is expected to take shape later this year, according to the journal, with the first test flight slated for 2023.