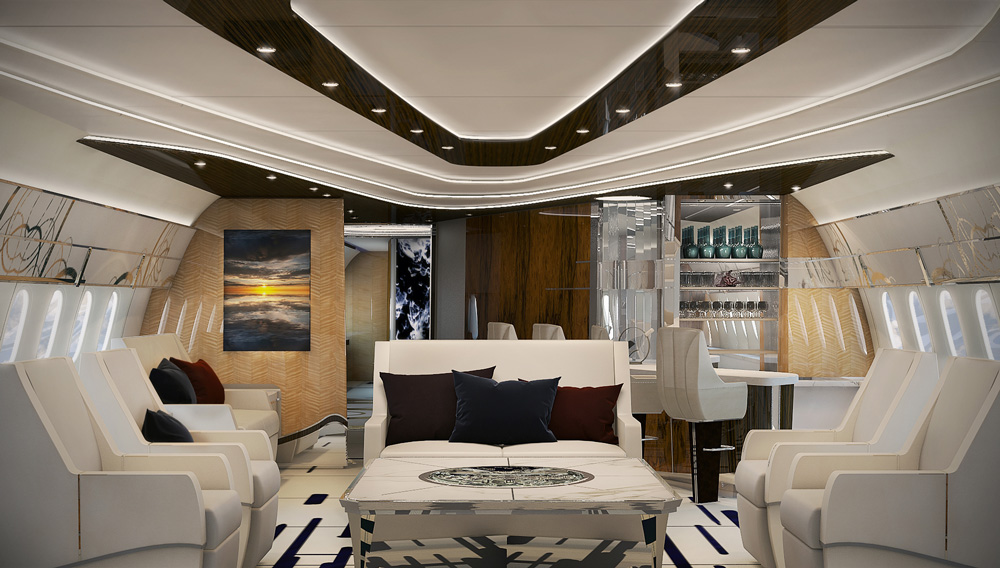 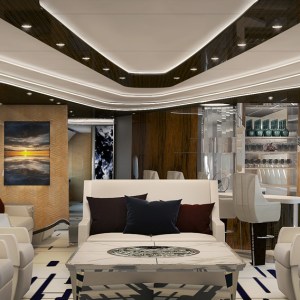 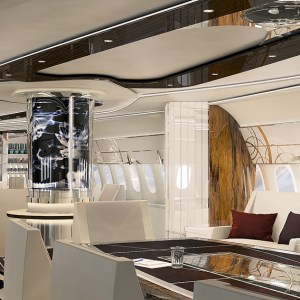 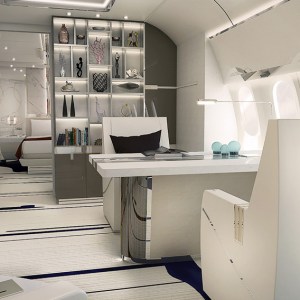 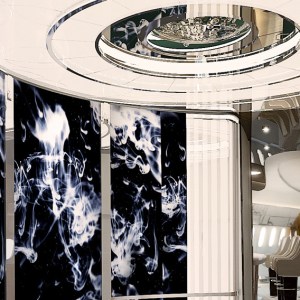 Boeing’s 787 Dreamliner entered service in 2012, replete with new technology and featuring a fuselage that incorporated carbon-fiber elements to provide strength while minimizing weight. The 787-9 version, which started deliveries last year, is the second-largest version of the airplane, stretching 206 feet from nose to tail. Following the delivery of the world’s first private 747-8 interior earlier this year, the design team at Greenpoint Technologies, a completion center in Kirkland, Wash., has designed an interior that meets all the stringent engineering and certification requirements of a large commercial aircraft, while providing a comfortable travel experience for the owner and guests.

In the forward section is the owner’s private master suite and office. Two mini-suites accommodate guests in the aft cabin, which also houses a spa and an exercise area. In between, there is plenty of space for a lounge area and a formal dining room. The 787-9 has a range of almost 10,000 miles, making it possible to fly just about anywhere in the world nonstop at a cruising speed over 560 mph. The aircraft is priced at about $250 million, though Greenpoint has not released a price for the interior makeover. (greenpnt.com)